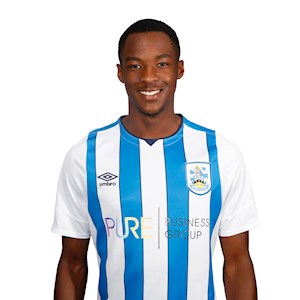 Ilounga Pata joined the Town Academy in the summer of 2019 after a successful trial period.

The right back came through the ranks at Dutch Eredivisie side ADO Den Haag before moving to play for Alphense Boys.

A Dutch citizen born in Sint Maarten, he typically operates as a right-sided defender but has also played on the right-side of midfield.

He has played a lot of football for Town's Under-19 side in his first full year as a Terrier, playing nearly 30 games by February 2020.