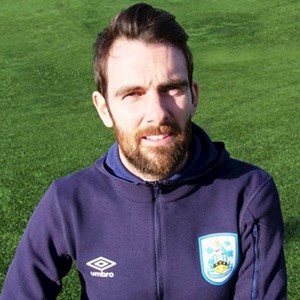 Danny Schofield returned to Huddersfield Town as Under-19 Coach in February 2020.

Danny is well known to Town fans. He spent a decade with the Club after joining from Brodsworth Welfare in 1998, scoring 46 goals in 285 appearances and playing a major role in the side that gained promotion from the old Division Three at the first attempt in 2004.

He hung his boots up whilst a Player-Coach at Bradford Park Avenue and has since forged a successful career in coaching. After starting at the Barnsley Academy working with the Under-14s, Danny moved to Leeds United in December 2016 and worked with the Under-16 and Under-23 groups.

Danny – who has earned a degree in Sports Science as well as his UEFA A License – re-joins Town from Middlesbrough, where he was part of the Under-23 setup.