Ahead of the restart of our Academy’s season after the Christmas break, we spoke to our U19s Coach George Danaher to get an insight into the season so far.

As our U19s prepare to face the second half of the season, starting with Scunthorpe United away on Saturday 7 January, Coach George Danaher discussed what he thought the highs of the first half were before the festive break.

“The first bit that went really well was the integration of the new scholars.

“This year has just been one Under-19s squad rather than having an Under-17s squad as well like last year, so we had to focus a little bit more on the integration of the players and having a bigger training group.

“I think we have tried to challenge the players, but also give them lots of support and I think the players have taken on a lot of the understanding on how we want to play at Huddersfield Town - I’m looking forward to the rest of the season.”

Our U19s Coach touched on the busy season they have had so far, with plenty of games being played already, and how imperative it is for our youngsters to get the minutes they need.

“One promise we make as a Club is to get the players a lot of game time, so we schedule a lot of games. The Sky Bet Championship season at First Team level is hectic so we want to prepare them for that.

“We want the players to get a large number of minutes and that is our promise, so we do put in a lot of double game weeks, but around that we also have a really good off-field coaching programme and analysis team that will review the games to help supplement the learning.

“With the younger players, I think it’s important that everyone gets minutes.

“However, it’s also important that players bring the right attitude and application, and if they do that, whether that be in training, in the gym or in the analysis sessions, that warrants playing games – but we do make sure that all the lads play the right number of minutes to ensure that they’re still developing.” 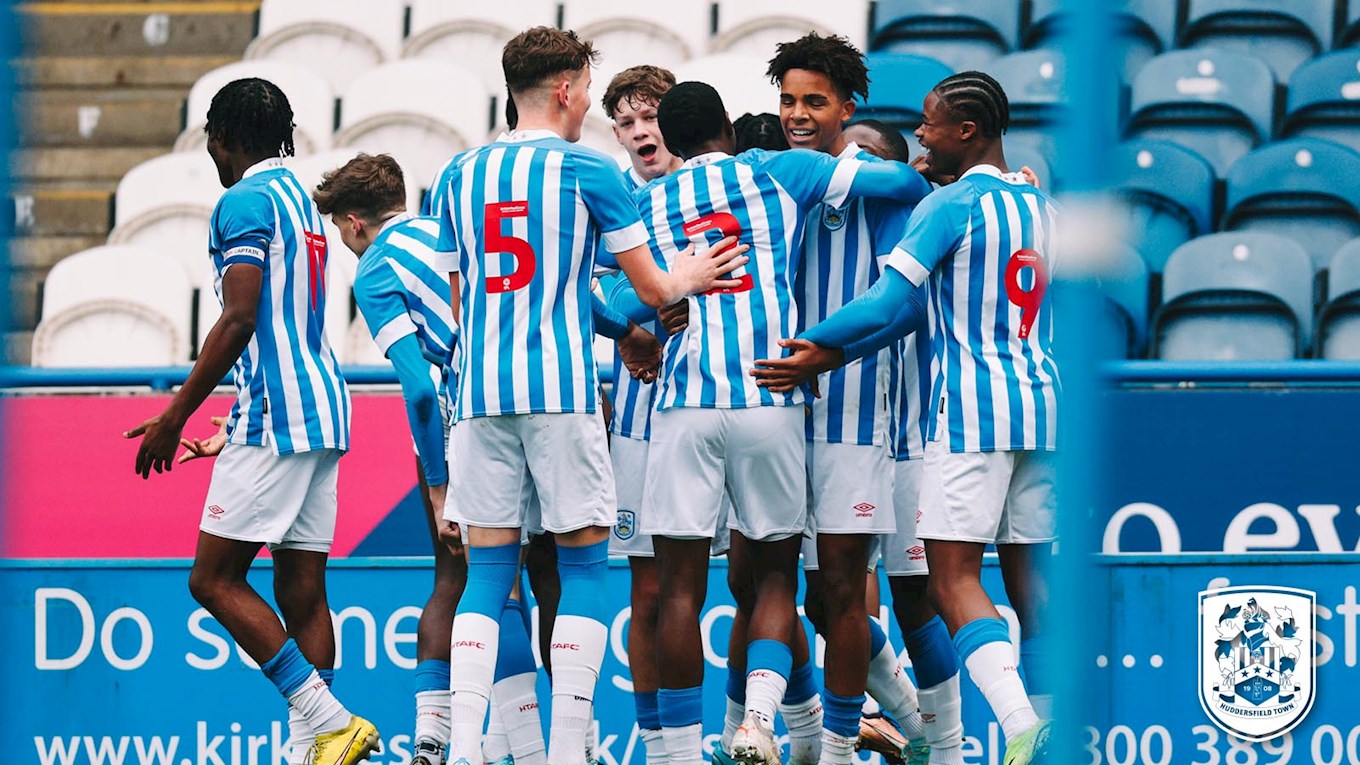 Danaher also spoke about the experience the youngsters gained by playing at the John Smith’s Stadium and how it helped their development and confidence, but also how it helped point out who needed some extra support.

“I think the experience of playing at the John Smith’s Stadium was remarkable for the lads.

“Playing at the stadium creates an experience where the players feel an immense amount of pressure and anxiety before the game, and that is what we want to create at times.

“In that game, we were looking at which players dealt with that, which players thrived under that environment and pressure, but we were also looking at how we could support the players who struggled. The learning that the lads took from that experience was incredible.”

The 22-year-old coach praised the B Team players who have recently stepped up to make an impact on the First Team and deemed them an ‘inspiration’ on the youngsters so they can see what can be achieved when they put the work in.

“I think the players who have stepped up to the First Team have done really well, luckily at this Club there is a clear pathway of opportunity, and this has become apparent in this season especially as the younger players can see the likes of Brahima Diarra, Etienne Camara, Ben Jackson, Brodie Spencer and Loick Ayina impacting at First Team level.

“This inspires the younger lads to understand that there is a pathway at this Club if they do the right things and work hard every day, like players I mentioned have done, and they fully deserve their opportunity in the First Team.”

Finally, George spoke about his goals for the rest of the season.

“From my perspective as the Under-19s Coach, the goal is to progress as many players as we can through to the B Team, so that they can work towards impacting the First Team.

“Obviously as a whole Academy, we want as many players impacting and helping the First Team as possible.”

If you can’t make Academy games but you’re interested in what’s happening with the Young Terriers, you can follow them on social media!