It is with deep sadness and profound regret we announce that on Friday 2 September 2022, at 12.14pm, our friend and colleague Eleanor Margaret Haigh passed away peacefully after a short illness with her family by her side at Salford Royal Hospital. She was just 26 years old.

Born on 18 December 1995 to teachers Peter and Kathleen Haigh in Kettering, Eleanor was an only child. Caring, humorous, energetic and outgoing from the start, an early diagnosis of Type One Diabetes a month before her third birthday did little to stop her in her tracks.

With early passions for teaching, music and stage performing, Eleanor was an excellent student who pursued many extracurricular activities, including singing and playing violin at Saturday morning music school and being a member of a local national award winning choir. Completing twelve GCSEs and four A Levels at Southfield School for Girls in Kettering, she was also Head of House and Head of Year 7, speaking to her character.

An indication of her later direction as a professional and utilising her innate ability to be the most approachable and personable figure in any given room, El’s career in media started as a presenter on Hospital Radio for the Kettering General Hospital Foundation Trust on a voluntary basis. Hosting a two-hour show targeting 40-60 year olds, she allowed her personality to shine through a combination of music and on-air games.

Soon awarded The Southfield Prize for Media Studies in September 2014, she then joined the University of Salford in the same year to formalise her interest in the field, reading Broadcast Journalism.

Graduating with a First Class Honours degree in 2017, she continued to dedicate her time to extracurricular pursuits across her time at university, taking part in the Salford University Boat Club where she excelled in rowing and acted as Social Secretary in her final year, as well as being a frequent contributor to both Shock Radio and Quays News in a variety of positions.

During her time with Quays News, Eleanor first contributed to the Friday First programme as an anchor before becoming both a sports presenter and entertainment presenter in later academic years, underlining her drive to push herself and venture outside of her comfort zone. El also spent a couple of stints with the Q Radio Network, first completing a week of voluntary work on the Breakfast Show in 2015 before returning a year later to extend her experience with responsibilities that included booking, being part of the news team and also acting as Head Researcher.

Never one to let her hardworking nature detract from her social life, El’s ability to balance the personal with the professional was an invaluable skill, leading her to be as well liked as a person wherever she worked as she was valued for the time, effort and skill she displayed in whichever of the countless tasks she would take it upon herself to complete.

Combining all of her skills in one place, it was at Manchester’s largest student radio station - Shock Radio - that Eleanor truly came into her own. Initially part of the news team delivering on air bulletins and the presenter of her own one hour show, her ‘Shower Thoughts’ feature quickly gained popularity with listeners who would take part on both the phone and social media. Promoted from her one hour show to become a Breakfast Presenter with a two-hour slot to fill, The Wake Up Call with Eleanor Haigh ran for eight months between October 2016 to her graduation in May 2017.

Having completed voluntary work with both Trinity Mirror as a Stockport and Middleton Reporter in Manchester and Broadcast Assistant with BBC Radio Northampton where she drove the desk on their weekly sport shows, Eleanor then spent February 2018 to October 2019 working for BBC Live as a Broadcast Assistant, covering major sporting events such as the Winter Olympics, Commonwealth Games, Wimbledon, World Cup, Rowing World Cup, European Championships and the USPGA Championship.

It was during this period - in October 2018 - that Eleanor first began to volunteer with Huddersfield Town as a Media Assistant within the Marketing and Communications department of the Club.

Initially conducting and transcribing interviews for use both online and within the match day programme, Eleanor would also report on Academy matches across social media and briefly provided coverage of First Team fixtures on Instagram, keeping supporters updated throughout the game and giving behind-the-scenes access to pre-game and post-game activities.

Impressing throughout her internship and establishing herself as an incredibly well-liked and productive member of the department, Eleanor successfully applied for the position of full-time Content and Media Relations Executive in November 2019, growing within and expanding the boundaries of that role until the time of her passing.

Establishing herself as the lead on all Academy coverage, her kind nature and infectious enthusiasm made her the perfect member of the team to work with the younger players within the Club, providing them encouragement and support well beyond the parameters of her job description. A much relied upon elder sibling figure for the Academy and B Team players, her desire to provide in-depth coverage, full media training and an increased prominence and accessibility across the Club website and social media allowed supporters, staff and players alike a greater understanding and appreciation of all Academy activity.

With the perfect personality for her tasks within Media Relations, there was not a member of external media - young or old - who did not come to enjoy and look forward to their interactions with El, who was often their first point of contact at the Club. Looking after the press on match days, organising press conferences and liaising with First Team players and staff about interviews and availability, her footprint was across the entire breadth of the Club.

Always keen to learn and take on new tasks and expanded responsibility, Eleanor grew to have increased influence across the main Club social media channels much to the delight of supporters, who immediately recognised the work she was doing to make Huddersfield Town’s online presence more interactive, full of personality and relatable. Utilising her well-honed presenting skills, El was a frequent and distinctive voice on the Club’s multimedia channels, often conducting post-game player interviews after First Team fixtures.

Eleanor passed away close to her adopted home in Manchester at Salford Royal Hospital in the early afternoon of Friday 2 September after significant damage to her brain was caused by a short and wholly unexpected battle with an infection that shared the characteristics of meningitis or encephalitis. In keeping with her incredible spirit, El fought on for longer than initially anticipated having first fallen ill on Sunday 28 August, allowing time for her parents, loved ones, close friends and colleagues to say goodbye and pay their respects - doing what she could to give comfort to others, even if unconsciously, until her final moments. 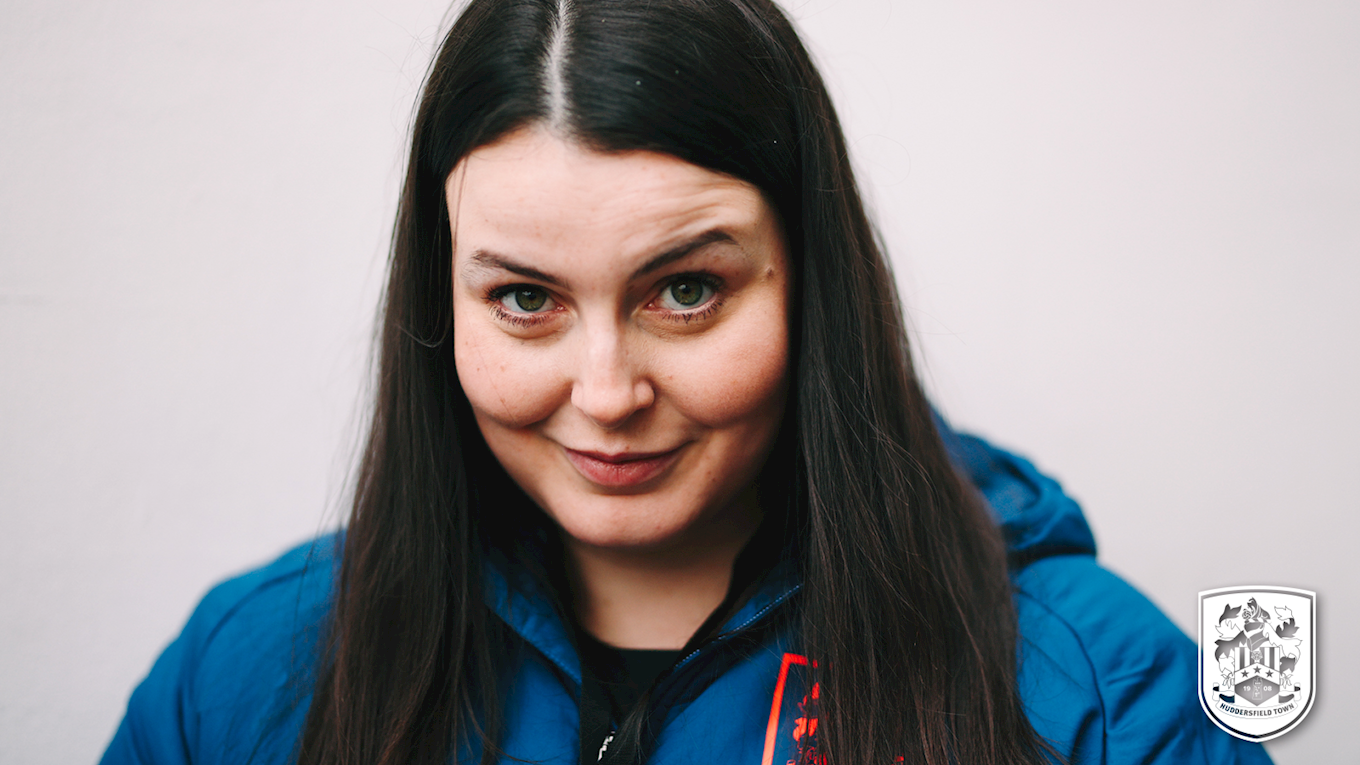 Inundated by tributes from friends, colleagues, members of the media and countless institutions within the game and other football clubs, we would like to place on record our gratitude for the overwhelming kindness and solidarity that has been shown since the news was made public.

Even in her final moments Eleanor was determined to help others – an act entirely in keeping with the way in which the rest of her life was conducted. It was hoped that her heart and lungs could be donated to a patient at Papworth, and her liver to a more local patient, but unfortunately both potential recipients were deteriorating and became too ill to undergo the transplant procedure.

Survived by her parents Peter and Kathleen, El will be laid to rest in her hometown of Kettering at a yet to be confirmed date. The Club paid its respects to one of our most loved employees before kick-off at our home fixture against Blackpool on Sunday 4 September, and a permanent tribute to Eleanor’s memory will be shared by the Club in the days and weeks to come.