In his first interview as Huddersfield Town’s new Head Coach, Mark Fotheringham says he is really looking forward to getting to know the group of players he will be working with.

Speaking to HTTV for the first time, Mark Fotheringham started by talking about his excitement to work with the Club after working in Germany.

“When initial contact was made from my representatives to Leigh Bromby at the Club, there was a real excitement because we know that Huddersfield has got identification with the German way when they played under David Wagner.

“We just felt like it was a good fit for me, and we all know what a good league the Championship is. We know that there are great rewards to go to the place we all want to go – and that’s the Premier League.”

Our new Head Coach gave us insight into his previous experiences in Germany and what he can bring to Town with his goals for the future.

“I had a lot of different experiences in different countries, so I gained a lot by learning about different cultures and how to work with these types of players, this was very important for my development, especially now as a coach.

“When I went to FC Freiburg and I worked under Volker Finke, I just fell in love with German football and I made a deal with myself as a young coach that I wanted to work in the Bundesliga, which I have now done and the second deal I made with myself is that I wanted to work in the Premier League and this is giving me a great platform, with a great group that we have got here with a mixture of experienced players and young players, to get there.

“We have got to be careful that we’re not getting too ahead of ourselves, but we also know that there was a hangover from last season, with the disappointment of dealing with the loss in the Play-Off final.

“I like working in an environment where there is pressure and I have been used to that.

“I was a young lad who was brought up and developed and Glasgow Celtic and at Celtic it’s just pressure week in and week out, so I want to be able to relate to these players and let them understand that I know what they’re going through and bring very much a German mentality to English football at this level but with my Scottish personality.”

Fotheringham then spoke about looking forward to working with the Terriers while discussing how he likes his team to play and what fans should expect from him.

“I have to compliment the staff and the players at the Cardiff game, the way they went about their business just got me excited, young dynamic players in the team and a good group of experienced players who are very focussed on what they want to do.

“Then when you’ve got that stadium behind you, it’s an exciting place to be.

“I am really looking forward to getting to know this group, I know from looking from the outside that it is a good mixture of experienced players and young players.

“We want to give young players a chance, we want to see that they’ve got a real hunger, and that they play with fire in their belly, but they are cool in their head, and I think we’ve got a lot of guys here that come into that bracket.

“I’m very much a guy that likes to play offensive football and I like to have creativity in the last third, but I will bring the stability into the team so that we have a strong base to play from and then we will have strong security behind the ball at times as well.”

Finally, Fotheringham expressed his excitement for the Championship fixtures being fast paced and the similarity it has to German football.

“That was why I went to Germany to do my apprenticeship because I wanted to learn about the League and the volume of games that they play.

“We had this period at FC Ingolstadt during covid where it was relentless, we were playing games back-to-back, but we really enjoyed it as a group because we knew it was a test and we had to become a family together, this is the kind of environment I want to create here.

“I think it’s already here; it’s just about going in there and tweaking it in the right direction. 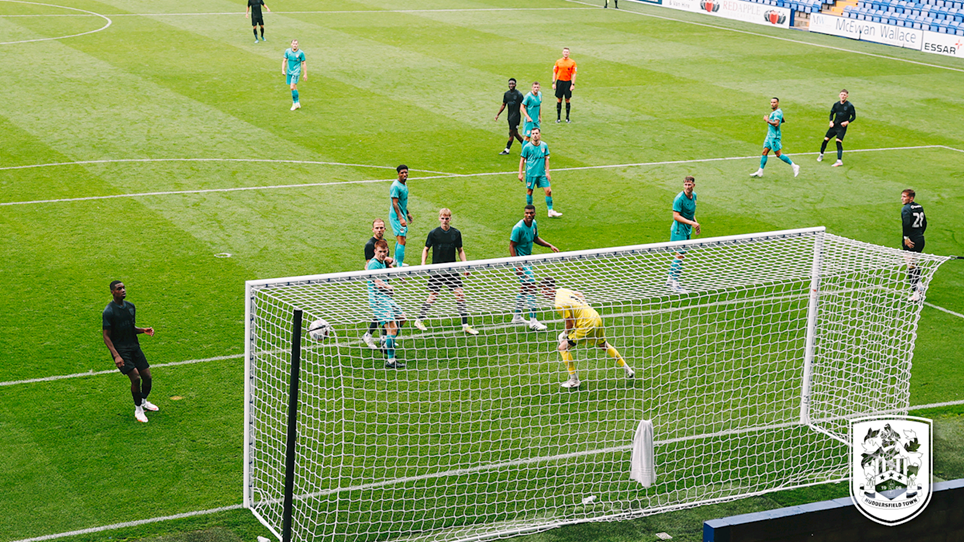