Huddersfield Town’s B Team suffered a home defeat in a friendly on Friday afternoon as they lost 1-5 to Burnley.

While Burnley put out a strong side and scored the chances that they created, our Young Terriers should have scored more in the second half through their shots on target and their unwavering effort.

Connor Shanks scored in the first half after Town went 2-0 down to get his side back in the game, but that would be the only goal scored by the youngsters.

An early chance from Burnley in the opening five minutes, that Town defended well, was all it took for Town to push forward on the attack and put pressure on the visitors.

The first great action from Town’s B Team came as Tom Iorpenda found Shane Maroodza in space on the left side, he fired a cross into the box, but it was just slightly high and missed the head of Charles Ondo.

Following this chance from Town, Burnley scored after their counter-attack as the visitors cleverly placed the ball past Nicholas Bilokapic from inside the box.

Town had their chance to equalise as Donay O’Brien Brady fancied his chance from outside the box and aimed for the top left corner, his shot sent the Burnley shot-stopper diving to make the save.

The Young Clarets doubled their lead in the 31st minute as their striker went one on one with the Bilokapic and put the ball past him into the back of the net.

A brilliant double save was made by the Burnley ‘keeper to stop Myles Bright and Shanks from getting Town back into the game. Bright’s initial shot was palmed away and followed by a great recovery in order save Shanks’ rebound.

Despite the scoreline, Town pushed forwards and won a corner, which saw another chance to get a goal back as an initial header from Neo Eccleston landed at the feet of Iorpenda, who’s shot went high over the bar.

This was closely followed by Town’s goal back into the game as Myles Bright won back possession from a high ball and Shanks finished and ruined the comfort of the away side.

Looking to equalise, Ben Midgley delivered a free kick from the attacking half into the box and found the head of Ondo, but the ball landed safely in the gloves of the away ‘keeper.

A third goal was scored by our visitors as their striker was once again one on one with our ‘keeper and slotted the ball past him into the space of the net – despite the lads’ best efforts and hard work, they went into the break 3-1 down.

The second half started in favour of the Clarets as less than five minutes after the restart they had a chance defended well and then scored. Their goal came after a pass was intercepted near the box and then placed by substitute Town ‘keeper, Michael Acquah.

Another double save was made by the Burnley ‘keeper as the ball was crossed in for Ondo but his header was palmed away, followed by the rebound from Myles also being saved.

Quick counter-attack was made by Town after Loick Ayina intercepted possession in his own half and sprinted down the left side to send a beautiful low cross to second half substitute Conor Falls, but again the opposition ‘keeper made an excellent body save to deny the goal scorer.

Burnley scored the final goal of the game in the 85th minute as their striker’s shot hit the inside of the post with power in order to rebound into the net.

The Young Terriers continued to add pressure and push for a second goal until the final whistle with one final chance as Midgley stepped up to take the Town corner, which found the head of David Adewoju but this went just wide of the goal. 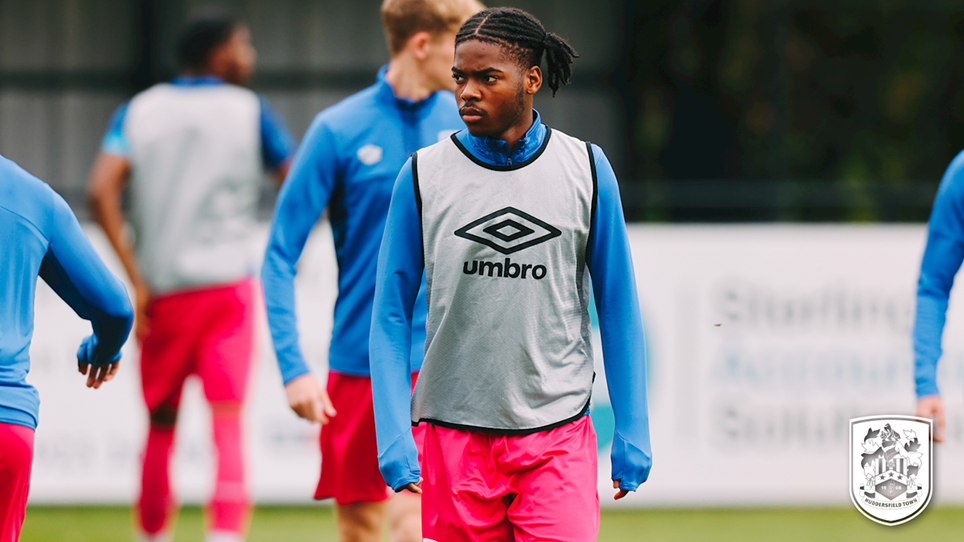 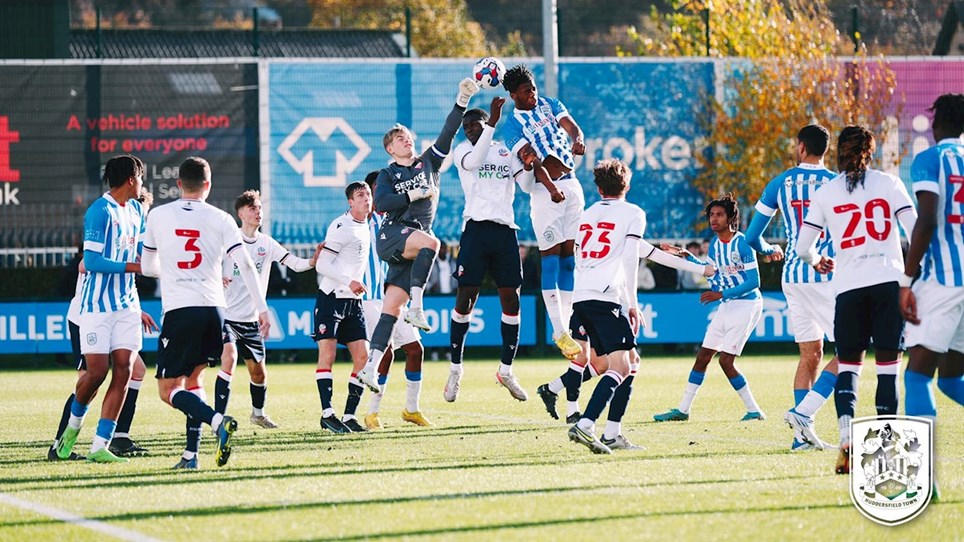