An own goal from Hull skipper Lewie Coyle gave Town notable confidence midway through the first half before Michał Helik’s first for the Club early in the second period gave us a lead we never looked like losing.

Town will play more fluently in the future, but this was exactly what the doctor ordered – a performance full of intensity and determination, as well as a resilience that brought about a second clean sheet of the campaign.

Hull started relatively brightly on the day on the back of their first win under Andy Dawson in midweek, and Greek international Dimitrios Pelkas had the first effort of the game inside six minutes with a long-range effort that flew over the bar.

Town fought back, looking as strong as ever from set pieces. Sorba Thomas’ excellent 12th minute delivery was initially cleared, but Holmes and Rhodes combined with headers to find Tom Lees in the area. He met the ball on the volley but directed his effort straight at the goalkeeper.

Longman and Pelkas sent other long-range efforts wide of target soon before Lees got on the end of another set-piece, chesting Thomas’ near post corner wide whilst complaining he was being held back.

Another corner led to the opening Town goal in the 29th minute. Thomas’ initial delivery was cleared out of the box to Etienne Camara, who initially got fortunate with a loose first touch before taking control of the ball. The Frenchman squared up midfielder Regan Slater before going on his outside and powering a cross towards the six-yard box, where Coyle inadvertently sent a powerful header past his own goalkeeper!

Town improved after the opener, but Hull’s best chance of the game came just before the interval when a pass forward saw Ryan Longman beat the offside trap. Fortunately, the Hull man placed his shot wide of Nicholls’ right-hand post in what was a big let-off for the Terriers.

Hull made a half time switch and changed their shape, but Town came out of the break as the better side with Fotheringham’s words ringing in their ears. Jordan Rhodes, whose movement off the ball was excellent all afternoon, soon forced Coyle to clear an attempted lob behind before wing back Ben Jackson was asking for a penalty after clashing with Cyrus Christie in the area, to no avail.

Town capitalised on that good start with a second in the 51st minute. It was another set piece that started the move after Jackson was clattered on the left by Slater, allowing Thomas to deliver into the area again. Yuta Nakayama, back in the side and impressive on the afternoon, won the first header and picked out Ward, who did brilliantly to stand the ball back up to the far post. A defender was under the ball, but Helik completely overpowered him to head home from very close range.

Hull made three changes as they chased the game, but Town went the closest to another goal just after the hour. Jackson delivered yet another set piece into the area where Lees won the first ball; Rhodes collected and volleyed goalwards, only for goalkeeper Nathan Baxter to tip the ball onto the post. Helik poked the ball back to Lees, but the defender’s follow-up was blocked on the line!

The visitors started to enjoy more possession as they threw caution to the wind, but Helik in particular stood strong – making two excellent tackles to deny their top scorer Óscar Estupiñán. Their best effort was a long-range effort from substitute Greg Docherty, which was tipped over by Nicholls.

There was even time to give B Team striker Charles Ondo his senior debut as the men in blue and white comfortably saw out the game.

Town are back at home when Preston North End visit on 18 October - and it's only £20 per adult! Click HERE to get your ticket now! 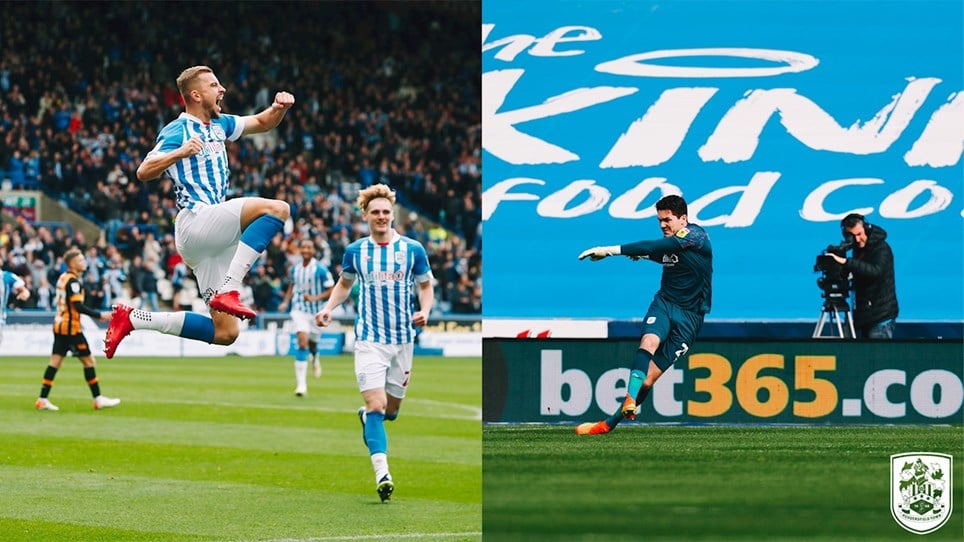 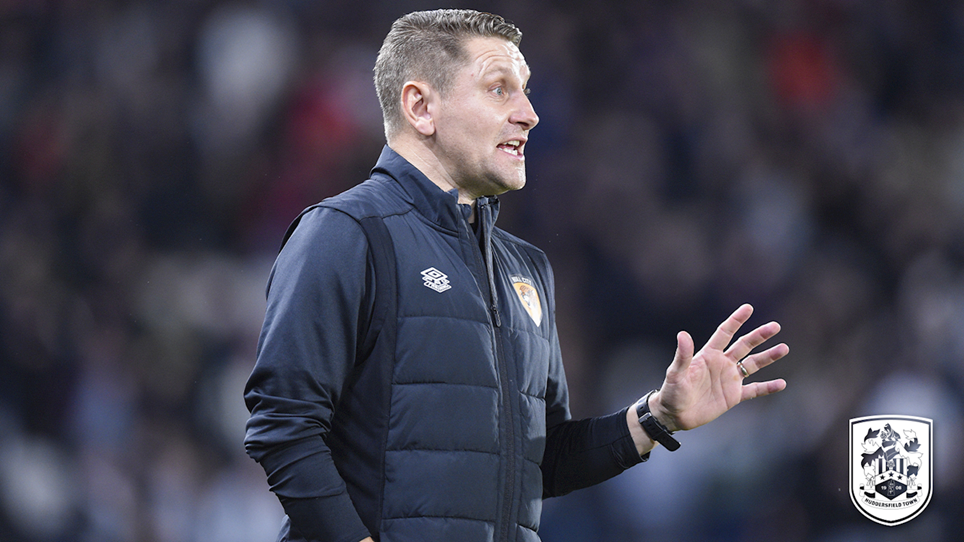