Huddersfield Town Women booked their place in the Third Round of this year’s Vitality Women’s FA Cup with a comfortable three goal victory over Durham Cestria.

The third round beckons for Town women once again as they beat Durham Cestria by three goals to nothing at the Stafflex Arena on Sunday afternoon.

Georgia Marshall missed out in a late fitness test, so Hannah Langford made the starting line-up.

Both sides looked to make the better start on the first period but heavy conditions under foot made it very difficult as neither were able to carve anything out in the opening exchanges.

Britt Sanderson created the first chance of the game in the 15th as her powerful shot strikes the crossbar and Yasmin Mason is unable to turn it home in the rebound.

Town could’ve opened the scoring yet again just five minutes later as Kate Mallin played Laura Elford through on goal, but she was unable to keep her shot in target as she raced in one-on-one with the keeper.

Elford broke the deadlock shortly after with a fine solo goal, she picked the ball up on the halfway line and drove towards goal, skipped past a couple of defenders and then fired a low shot towards goal - the keeper got a strong hand to it but the shot was too powerful and the ball went over the line.

After the break Town got their second of the game and a perfectly worked set piece came off as Mallin delivered the ball and Sanderson timed her run to perfection and powered the ball home at the front post.

Sanderson got her brace and Town’s third as the game entered its final stages. Mallin’s corner bounced to the edge of the box to captain Mia Parry, she bundled the ball into the box and a swiped shot from Autumn Housley fell at the feet of Sanderson and she made no mistake from six yard away to secure the win!

Town are back in action next weekend as we travel to Middlesbrough for the next round of the FA Women’s National League Cup, 2pm kick off at Stockton Town FC. 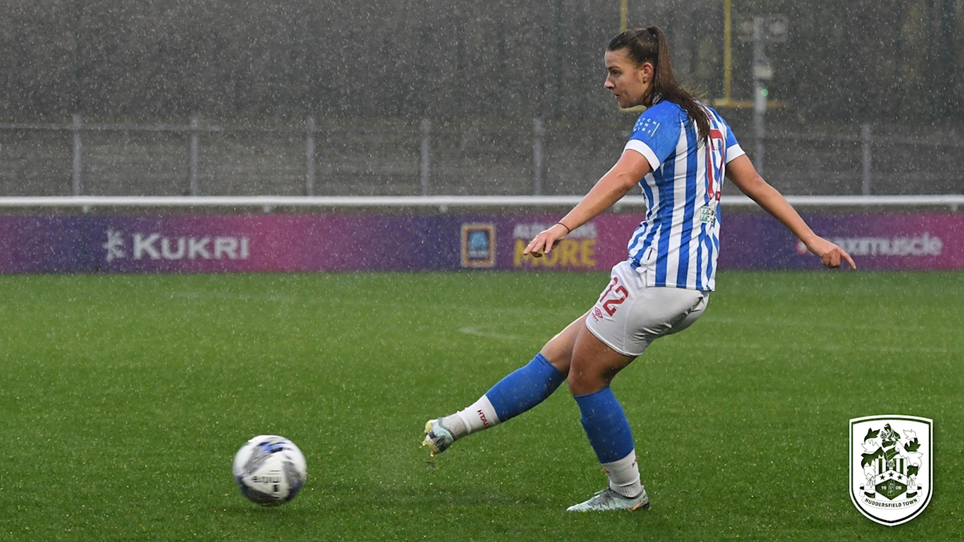