- Round up of Huddersfield Town’s loan players
- Players getting valuable experience in First Team football
- Grant and Headley getting assists for Harrogate Town!

Koroma has played in eight straight games for Portsmouth, starting in six of those, scoring once against Fleetwood Town.

Koroma now has 15 appearances in all competitions for Portsmouth, scoring four times and assisting once.

Portsmouth currently sit seventh in League One, having drawn their last four games. 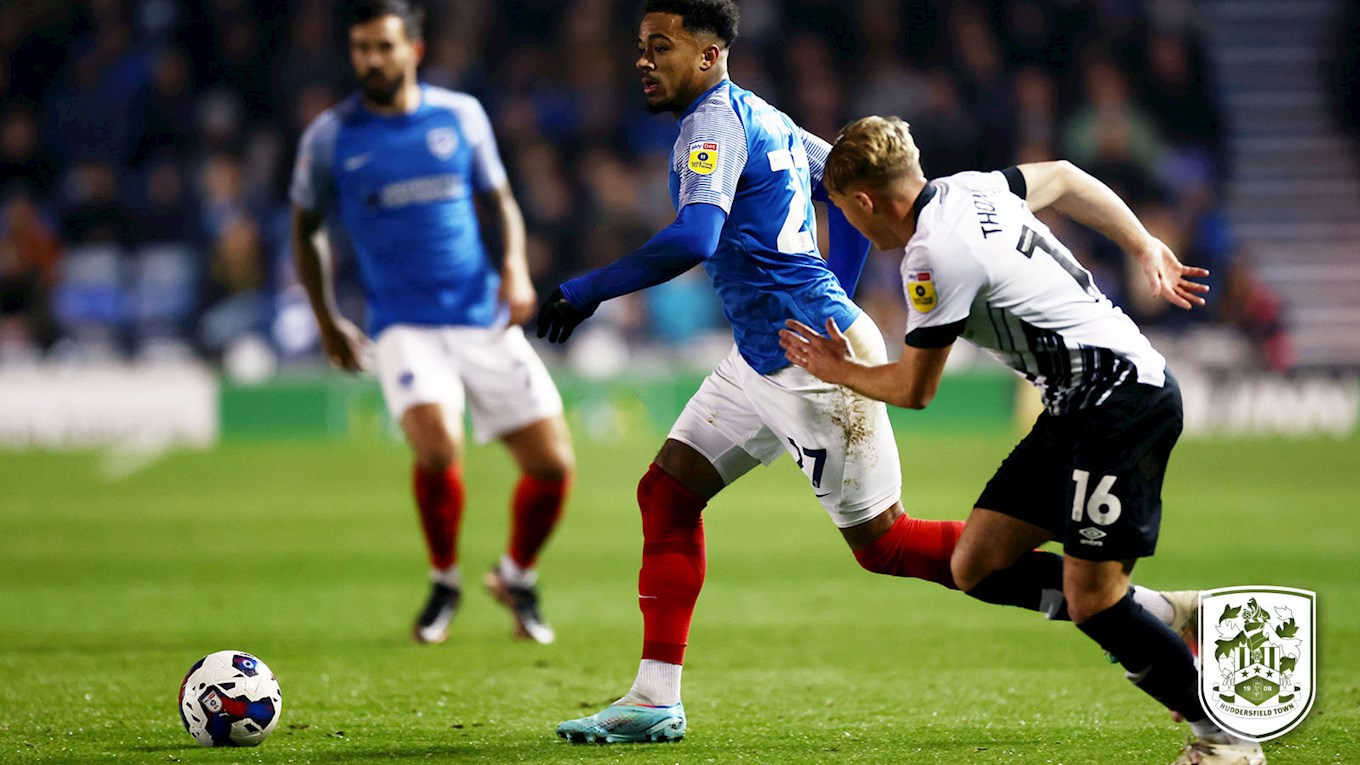 The first of four B team players on loan at Harrogate is Jaheim Headley. Headley has impressed during his loan spell, scoring twice and getting one assist from left back.

Headley was recently named in the League Two team of the week for his performance against Mansfield Town in which he assisted a goal in a 3-0 win.

Danny Grant, our second of four loanees at Harrogate Town has also impressed since joining the side.

Grant has made 12 appearances for the club in all competitions scoring once and getting three assists.

The 23-year-old has started each of Harrogate’s last eight games and is hoping to continue to be a regular starter throughout the season.

Good to visit Harrogate Town to see them return to winning ways with assists from two Terriers prospects. I caught up with Danny Grant after the game to see how it's going, hopes for the future, and a 'phenomenal' fellow #htafc loaneehttps://t.co/SMmsLxvouR

Daly has established himself as a starter for Harrogate, playing in every league game this season, starting 16 times.

The 21-year-old has scored five league goals, three of these coming in three games, most recently against AFC Wimbledon.

The attacking midfielder has made 23 appearances across all competitions, scoring six times, including once in the FA cup as Harrogate knocked out Bradford City, as well as creating a further assist for the Sulphurites. 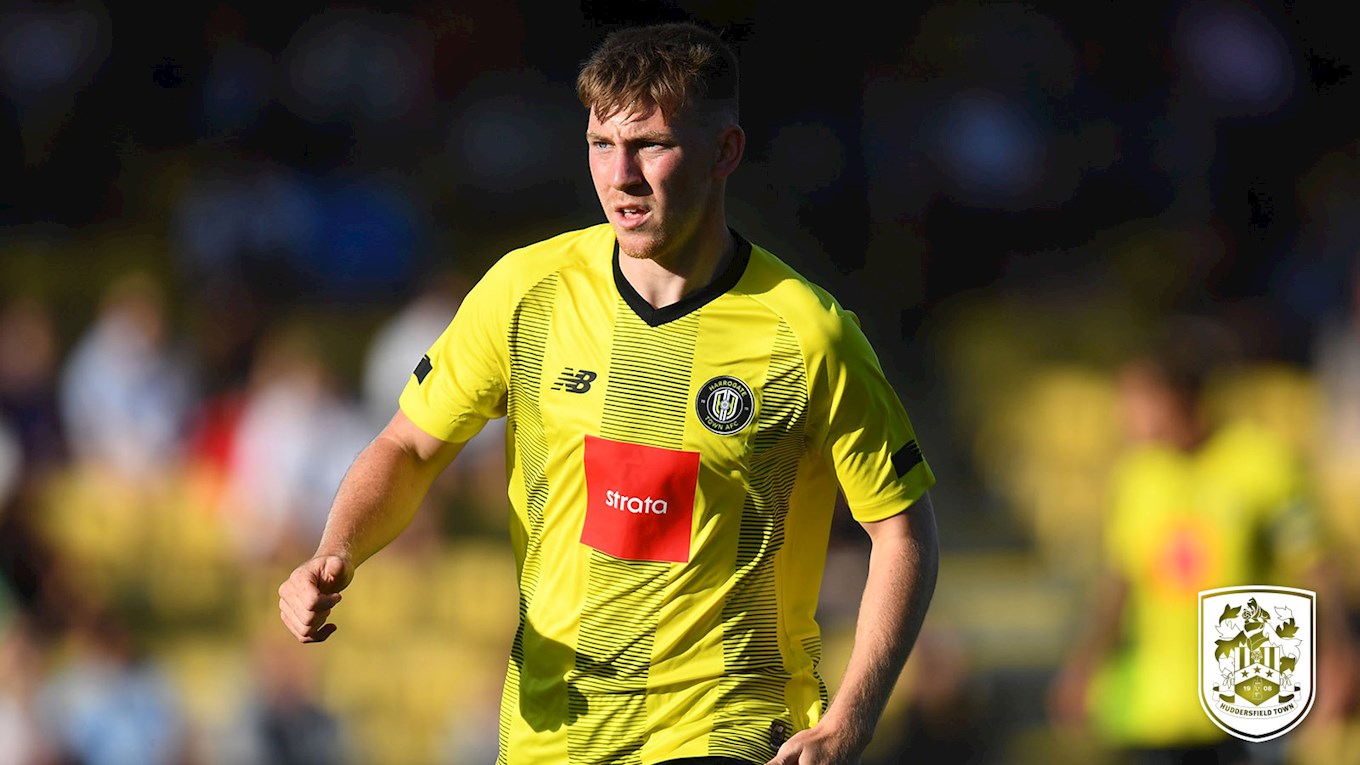 Austerfield made his most recent appearance against Leyton Orient, his 19th appearance of the League Two season, having recently suffered with a foot problem.

Austerfield has assisted twice during his time at the Sulphurites.

Crichlow has been a key part of Bradford’s squad this season, recently starting six games in a row, completing the full 90 each time – in this time the Bantams were unbeaten, winning three and drawing three.

The 23-year-old defender has made 19 appearances this season, making one assist in a 1-0 victory over Salford.

Caught up with Romoney Crichlow about how things are going at Bradford City, learning from Mark Hughes and the messages he's received from #htafc and Mark Fotheringhamhttps://t.co/7vht0iUEZp

Town’s B Team ‘keeper made his most recent appearance on 18 October in a EFL Trophy win. Chapman has made four appearances in all competitions since joining the League Two side keeping one clean sheet and conceding four times.

Salford are unbeaten in every game Chapman has played in, drawing once, winning once in the league and twice on penalties in the EFL Trophy. His form saw him nominated for the competition's 'Player of the Round'!

The 22-year-old has played in all 14 games since joining Morecambe on 26 August, starting 13 of those games. The striker has scored four times and assisted once with his last goal coming against Barnsley on October 22.

High made his debut for the Millers in a 4-0 win over Reading back in August. Since then he has made 13 appearances for the club across all competitions.

The midfielder's most recent appearance came against Cardiff City in a 1-0 defeat on 29 October.

Edmonds-Green has played seven times on loan at Wigan, and has started their last two games, completing the full 90 minutes including a 2-1 win over Blackpool.

Hudlin has made 11 appearances so far this season, making his most recent appearance in a 2-0 win over Tranmere Rovers on 19 November.

The striker continues to be a regular in the Dons' squad, and has scored once in his time at the club so far.

Bellagambi joined Spennymoor on 7 October, making his debut the next day against Buxton, and his loan currently runs until 2 January 2023.

Since then, he has started all nine of Spennymoor’s league games, keeping one clean sheet.

Schofield is yet to make an appearance for the Scottish side and is back up to David Marshall.

The young midfielder has made eight appearances for Hyde United. Six of these have been starts and he has come off the bench twice.

The 18-year-old has made 14 starts between the sticks for the Northern League Division One club.

Sam Taylor is on loan with Northallerton until the end of the season.

After completing his loan at Brighouse Town, our young ‘keeper has recently joined Marske United until 7 December.

Roxburgh has made only one start for the Northern Premier League Club, but his current team left Warrington with all three points, and he got a clean sheet.