After an incredible debut season as a Terrier, supporters have voted goalkeeper Lee Nicholls as the Hargreaves Memorial 2021/22 Player of the Season!

The first ‘keeper to win the award since Nico Vaesen in 1999, Nicholls’ performances also saw him named in the Sky Bet Championship Team of the Season and named the Blue and White Members Club Player of the Season after winning their monthly award on four separate occasions.

The overwhelming favourite, Nicholls finished with a total of 73.31% of total votes – which were collated in association with the Huddersfield Examiner - with winger Sorba Thomas and midfielder Lewis O’Brien finishing as runners-up behind him.

Having arrived on a free transfer from Milton Keynes Dons in the summer of 2021, our number 21 began life as a Terrier in fine form, making the difference in a penalty shootout win over Sheffield Wednesday at Hillsborough in the Carabao Cup.

Despite missing Town’s opening two matches of the season with Covid-19, Lee went on to keep a total of 18 clean sheets in 43 Sky Bet Championship appearances, and alongside his defence conceded just 41 times before being rested on the final day of the regular season ahead of the Play-Offs. 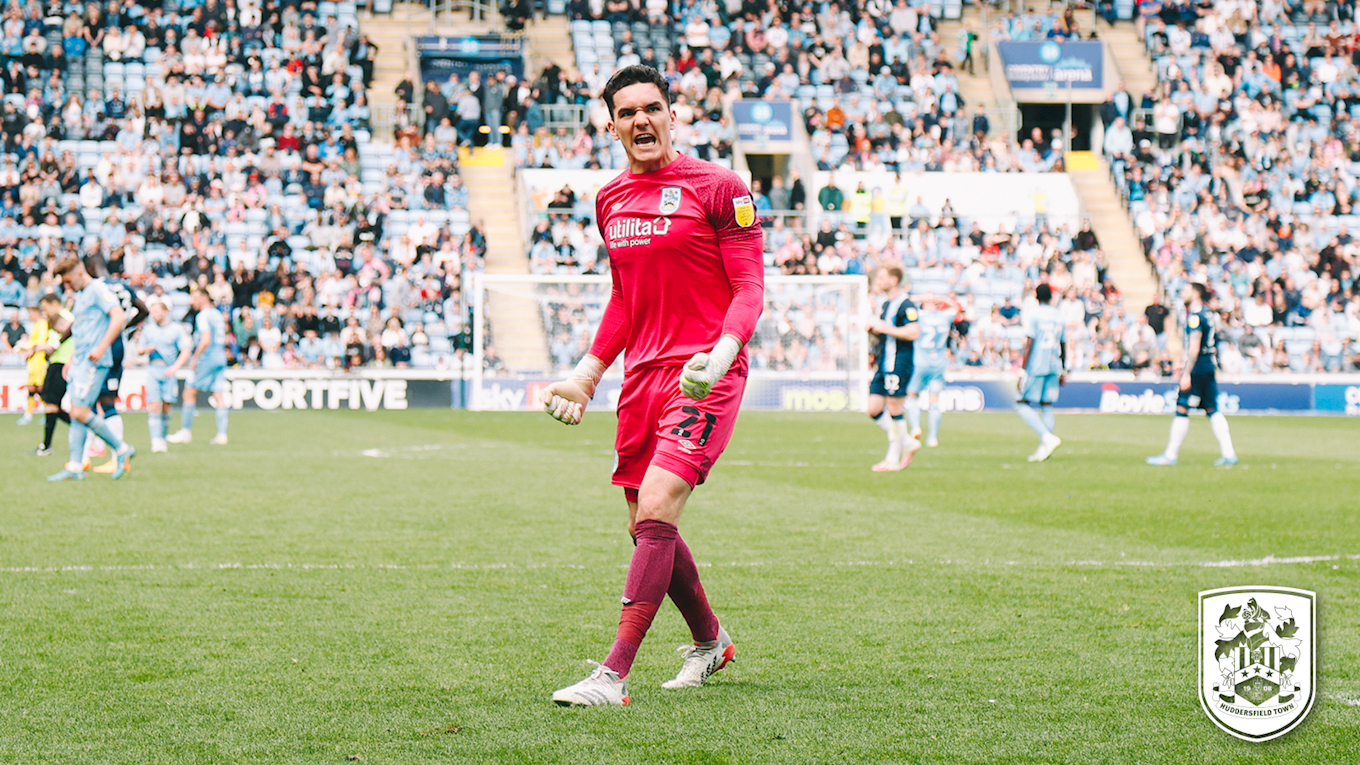 A number of factors have contributed to Nicholls’ success between the sticks for Town, other than his obvious ability as an excellent shot stopper. With a calm demeanour, command of his area and excellent game management, his influence has been clear on the side alongside his colleagues at the back, with the defensive unit as a whole one of the keys to Town’s success this season.

Winning over the Town support since arriving in West Yorkshire thanks to a combination of his excellent performances and personality both on and off the field, Nicholls has been a constant reminder of what Terrier Spirit is about, what the values of our Club are and the standards we seek to set ourselves.

Congratulations on the award, Lee!