HTAFC Women back in league action after Cup Semi-Final win

Huddersfield Town Women return to league action on Sunday 13 March 2022 as they travel to promotion-chasing Derby County Women for a 2pm kick-off.

Glen Preston’s valiant Terriers come into the game with their unbeaten run intact, having secured their place in the FAWNL Cup Final on Sunday 6 March. Captain Katie Stanley’s headed effort at the back post was enough to beat in-form Liverpool Feds 1-0 at Jericho Lane and secure Town’s progression.

Derby currently occupy the second spot of the league table, however, their form has fluctuated in recent weeks. They come into the game off the back of a defeat to West Brom away from home.

Town Women are currently unbeaten in four games. The last league match they lost was back in January against Brighouse Town.

Last time out at the Stafflex Arena, Derby got the better of Town Women. However, the visitors didn't have it all their own way. Both Brittany Sanderson and Laura Elford came close to scoring in the first half. Unfortunately for Town, a direct freekick before half time saw the Rams lead, before doubling their lead in the early moments of the second half.

Katie Stanley headed Town Women into the final of the League Cup. The midfielder will be buoyed by the performance. Stanley nearly had a brace in that game, she will be looking to add to the tally. Stanley will also be eager to help her team mates and get the ball every opportunity she can.

Town fans are able to travel to Don Amott LG Arena on Sunday 13 March for the 2pm kick-off. Ticket details can be found on Derby County’s website.

Can’t make the game? As always, online coverage of the match will be available across all HTAFC Women channels including minute-by-minute updates on our Twitter - @HTAFCWomen - plus match build up on our Instagram. Highlights will also be released following the game for fans to catch up on the action. 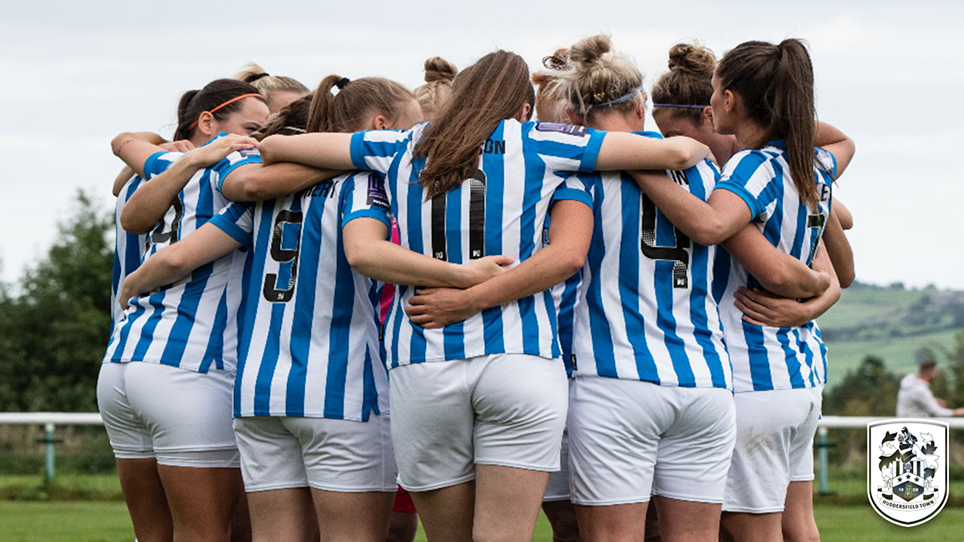 
Town Women beaten on the road