Our run in the 2021/22 Emirates FA Cup came to an end away at the City Ground as Nottingham Forest edged an entertaining Fifth Round tie.

Played at an incredible pace, the match didn’t take long to get going with the home side flying out of the traps. Town defended valiantly, but Forest’s early pressure seemed to tell as Sam Surridge tucked home a Brennan Johnson cross, only to be flagged for offside.

Gathering themselves extremely well, Town then went on the offensive themselves, with our possession in the final third earning back-to-back corners kicks. Getting on the end of a perfect left-footed Danel Sinani delivery, Tom Lees nodded in his third headed finish in two games to give the Terriers the lead.

The game then flipped as Forest ended the first half strongly. Equalising through Surridge after a Naby Sarr tackle fell to him kindly inside the area, the hosts then took the lead and ultimately scored the winner as Yates flicked in off his head from a dangerous free-kick.

Town had almost regained the lead through both Pipa and Sorba Thomas moments after Forest equalised, but the Spanish full-back saw his shot come back off the upright before Sorba’s follow up was well saved on the line.

Throwing caution to the wind in the second half, Town went as attacking as possible introducing Danny Ward, Jordan Rhodes, Tino Anjorin and Harry Toffolo to the game, but despite making half chances, the Terriers couldn’t get back on terms. 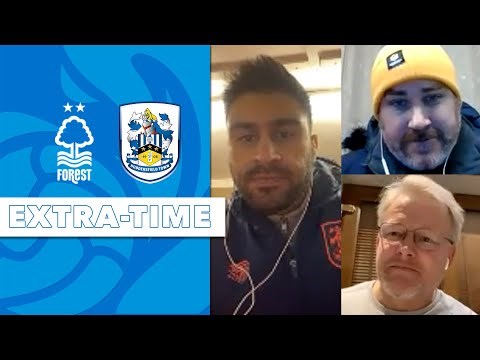 
Latest edition of our official post game show is available via HTTV, Spotify and Apple Podcasts