The 25-year-old defender, who has earned 16 caps for Japan, has put pen-to-paper on a two-year contract at the Club running until the summer of 2024.

Yuta is expected to represent his country in the upcoming 2022 FIFA World Cup in Qatar, having started regularly during their recent qualifying campaign.

A left-sided defender who plays at centre back and left back for club and country, he joins as a free agent following three-and-a-half years with PEC Zwolle in the top division of football in the Netherlands.

He arrives at Town with around 200 career appearances under his belt for PEC Zwolle and his first club, J-League side Kashiwa Reysol.

Yuta is set to wear the number 33 shirt for the Terriers this season.

Yuta is pictured above in our new 2022/23 Third Kit, which is available to pre-order now! CLICK HERE for full information on the striking new shirt. 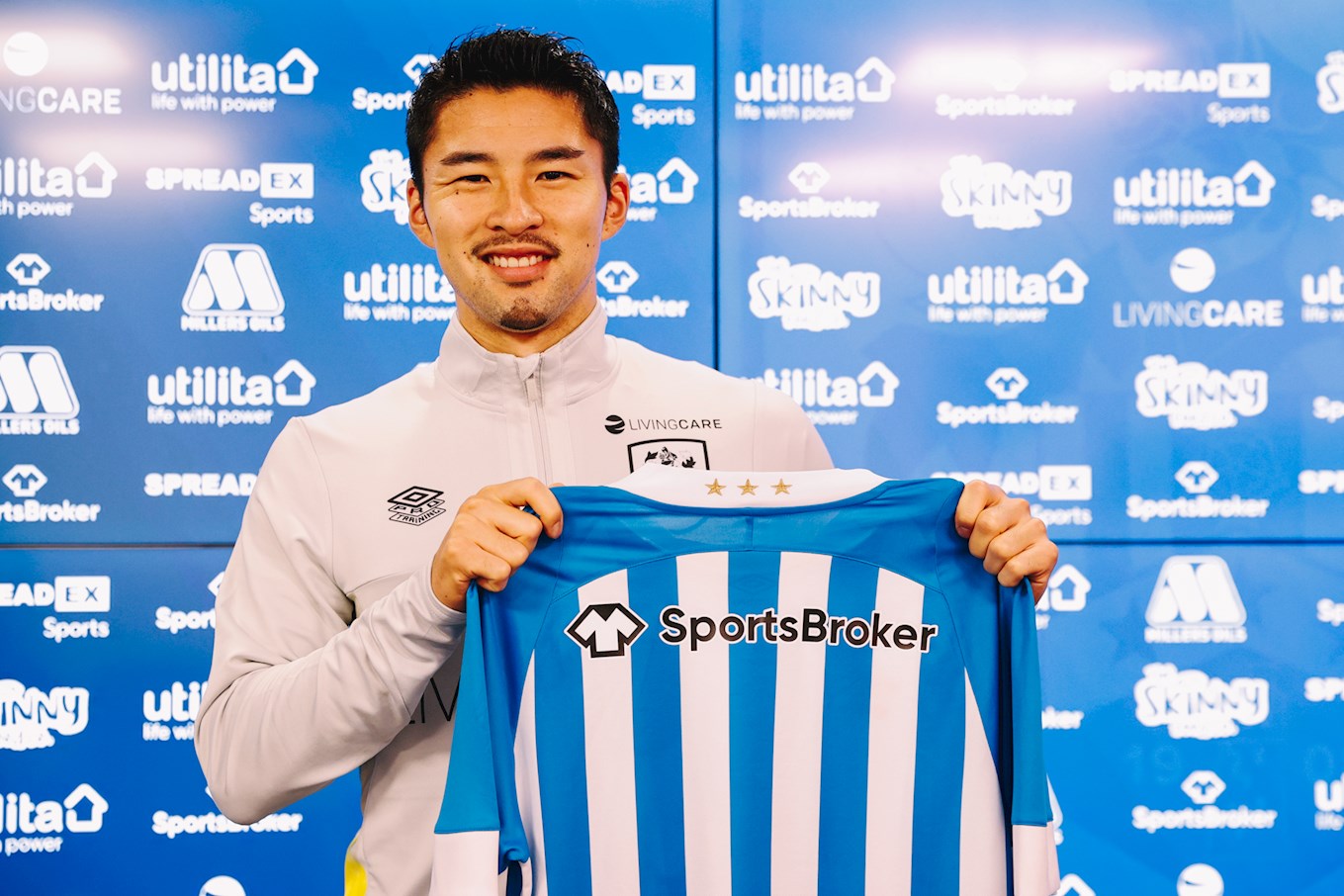 “Yuta has established himself at international level and has performed consistently in the Dutch Eredivisie, which is one of Europe’s top leagues.

“He’s excited about testing himself in England, and we’re excited about what he can offer the team. He’s very accomplished in possession and will be a big asset in how we start to build attacks. He’s a fierce competitor too, which is an important quality to be successful in the Sky Bet Championship.

“We’re really excited to work with Yuta, as it was clear to me very early in the recruitment process that he would be a really good fit for our group.

“Yuta has very good game understanding, which is no surprise given his international pedigree. He’s a high-quality player that we really like, and we feel will perfectly suit our defensive and attacking style of play.

“We saw last season that a lot of our players have good adaptability that allows us to be fluid during games and Yuta’s ability to play at centre back, left back and even in holding midfield will only add to that.”

You can welcome Yuta to Huddersfield Town on social media: