Town’s senior players enjoyed a 3-1 win over Sky Bet League One side Morecambe in the first pre-season friendly of the 2022/23 schedule on Tuesday afternoon.

Although the main goal of the behind-closed-doors game at the Millers Oils High Performance Complex was to get minutes in the legs ahead of the Sky Bet Championship campaign, new Head Coach Danny Schofield was surely pleased to see his team show some good signs at such an early stage.

B Team utility man Ben Jackson scored a first half brace playing in a wide right position before Jordan Rhodes scored a typical late finish to give the side the victory, but more importantly it looks like every player involved came through unscathed.

Town bossed possession for the majority of both halves, with the influence of Tom Lees and skipper Jonathan Hogg bringing an innate calmness to our build-up play. 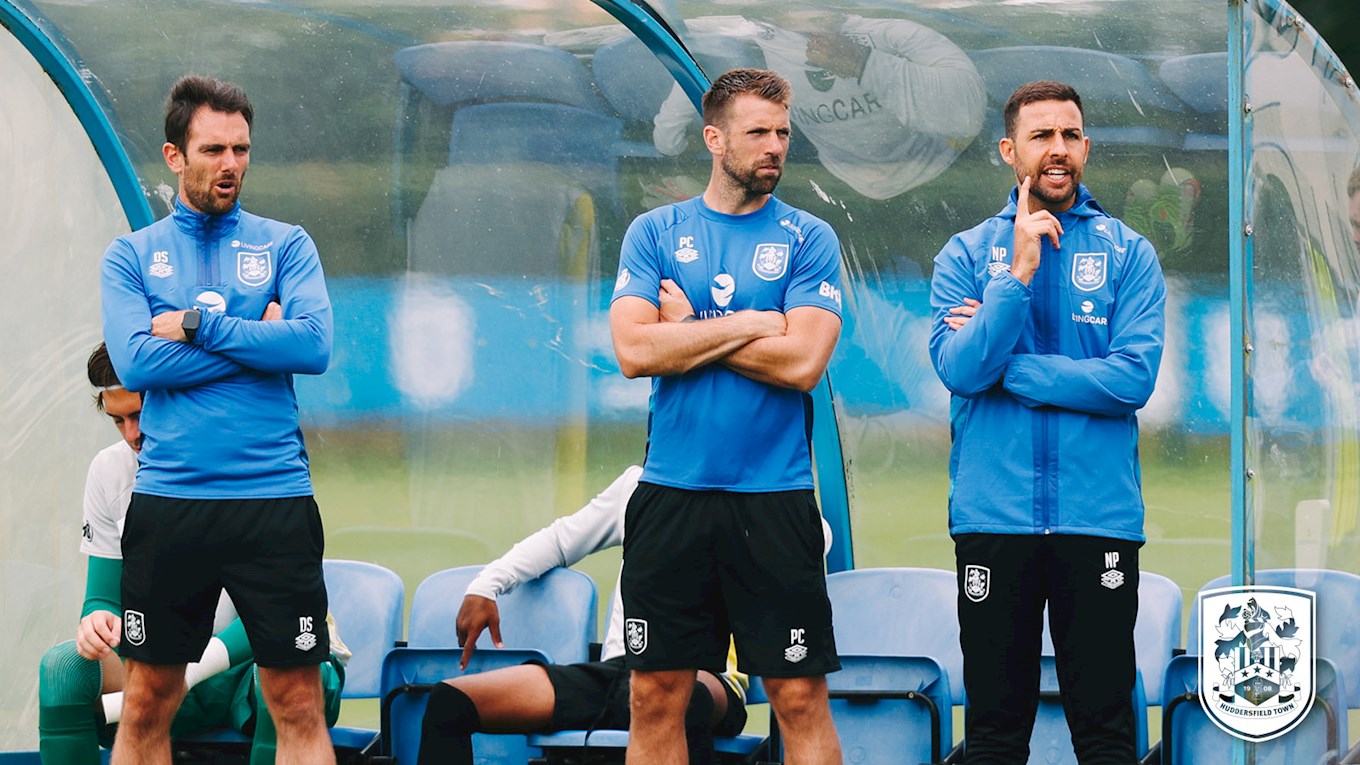 Young Frenchman Brahima Diarra had some standout moments higher up the pitch in the opening 45, showing impressive strength to drive at the heart of the visiting defence on a few occasions. Twice goalkeeper Connor Ripley had to push away rasping drives from the Parisian, whilst Aaron Rowe, Harry Toffolo and Jackson also had efforts at goal.

Morecambe’s best chance of the half came at the midway point through a swift counter attack, which was uncharacteristically spurned by dangerous striker Cole Stockton. Scorer of 23 League One goals last season, he blazed over when well positioned in the D on the edge of the Town box.

Town’s first came five minutes before the break, with a patient passing move working the ball to the right side. The left footed Jackson received the ball before stepping infield and swinging a great ball into the area; although Danny Ward couldn’t get a touch, the ball angled inside the far post, giving Ripley no chance.

It wasn’t long until Jackson had doubled the advantage. His corner was initially half-cleared, but Rowe collected and slipped Jackson back into the penalty area on the angle. He looked up for an option to square to, but instead chose to slip the ball past Ripley and inside the far post.

It was all change for Town at the interval and the new side controlled the game from the outset, with Duane Holmes looking very lively in the centre of the pitch among others.

First B Team midfielder Etienne Camara stung the palms of Ripley before a defender got back well to clear a Josh Koroma header off the line. Danny Grant was then put in by Holmes, only for centre back Farrend Rawson to get back well to block the shot.

Unfortunately a slip in possession presented substitute Jonathan Obika the chance to score an easy goal in the 66th minute to reduce the arrears, but Town continued to press, with Koroma soon volleying wide another good cross from Northern Ireland international Brodie Spencer. 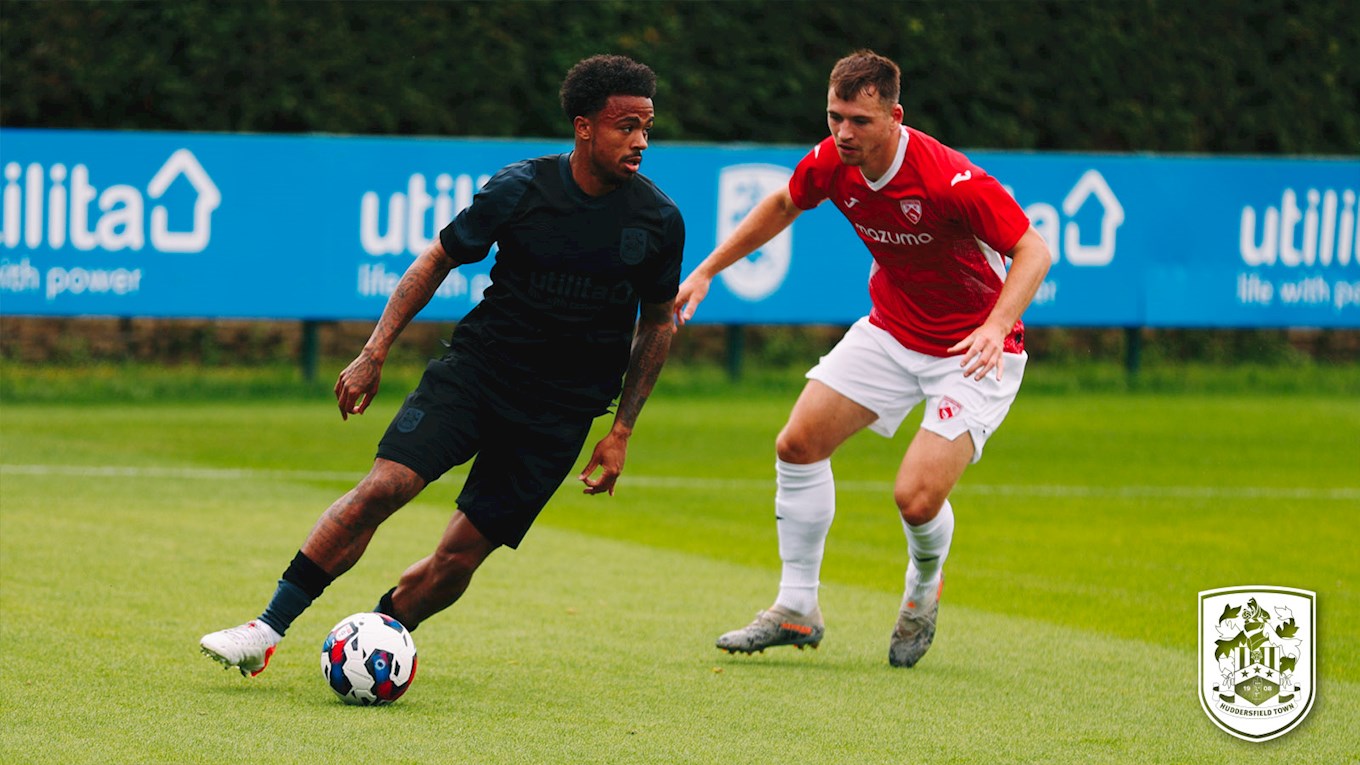 When the third came for Town, it was almost a carbon copy of Morecambe’s goal. Rhodes harried a centre back and forced the error, giving him the opportunity to stride unopposed into the penalty area. The inevitable then happened – the striker calmly slipped the ball past the stricken goalkeeper.

There was still time for Koroma to see one final effort creep just wide, but all-in-all it was a successful first outing for the Terriers. 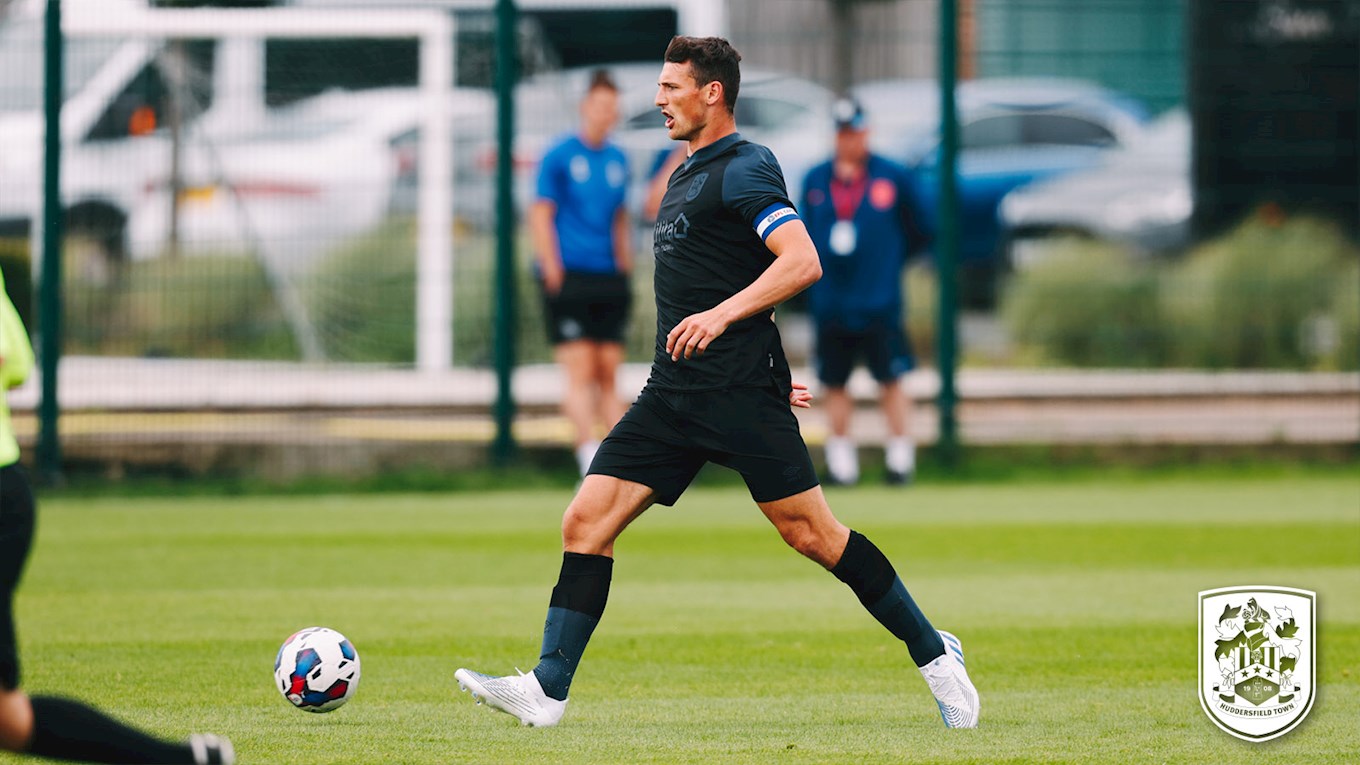 Like the all black away kit? Get yours now - pre-order HERE!