Huddersfield Town B Team winger Pat Jones was ‘really happy’ to get his name on the scoresheet after scoring a quick-fire brace against newly promoted Sky Bet League 2 side Stockport County.

Town finished the first half ahead against a very strong Stockport side thanks to Jones’ brace. The Welshman netted them both in quick succession, with the first being a smart finish into the bottom left-hand corner, and the second being a fantastic combination of Danny Grant and Jones.

Speaking to htafc.com post-match, the 19-year-old expressed his happiness about scoring after a long break.

"I'm really happy with the goals and how the match went.

"I think for quite a few of us in the squad this was the first match back and I have been on international duty.

"So, for myself, and for the team, I am quite impressed with how well we performed against league opposition."

Jones was quick to heap praise on Danny Grant for setting up the striker’s second goal.

"Me and Danny are good mates, and I think that goal shows the understanding we have of each other’s ability.

"Danny did all the hard work for me really, I just had to make the finish. He did that turn in behind them and then played me in."

The Welshman went on to praise the efforts of the rest of his teammates throughout both halves.

"It's amazing to have won in the first half and obviously we made a lot of changes at half time, and we just came up short in the second half, but I think we were unfortunate really.

"Their winning goal was unbelievable and a goal that deserved to win a game really, so we can't be particularly upset about how it went!

"At the end of the day, against a team who are favourites to go up to League One, we played extremely well.

"Like I said earlier, it was the first match back for a lot of the lads, obviously that's probably true of Stockport as well, but, overall, today was nothing to be ashamed of."

Jones also took the time to discuss his goals for the upcoming season.

"I think the main thing for me right now is staying on the pitch and keeping my fitness levels up.

"I have been back fit for about three and a half months now and I have trained a bit with the First Team, so my overall goal would have to be trying to solidify a place in the First Team by the end of the season." 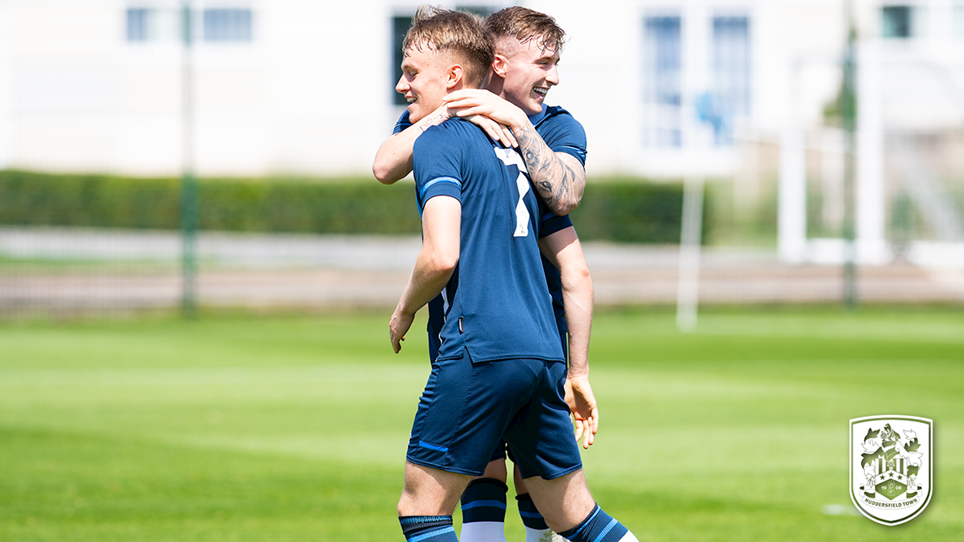