Top prize of £1,000 at the Sky Bet Championship fixture

Were you a lucky winner with Huddersfield Town’s Golden Gamble draw, sponsored by Barden print, against Burnley on Friday evening?

Match day host Paul Ramsden drew the numbers at half time with the help of the Promotions Team at pitch side.

Francis joined Rambo pitch side at half-time against Burnley and won the £200 cash rollover from the Take Your Pick board, meaning he walked from the match with £1,200!

That means that the cash rollover will now be £200 at Town’s next home game – their Carabao Cup First Round Draw against Preston North End on Tuesday 9 August.

The draw will be back at Town’s next home game - their Carabao Cup First Round Draw against Preston North End at the John Smith’s Stadium! 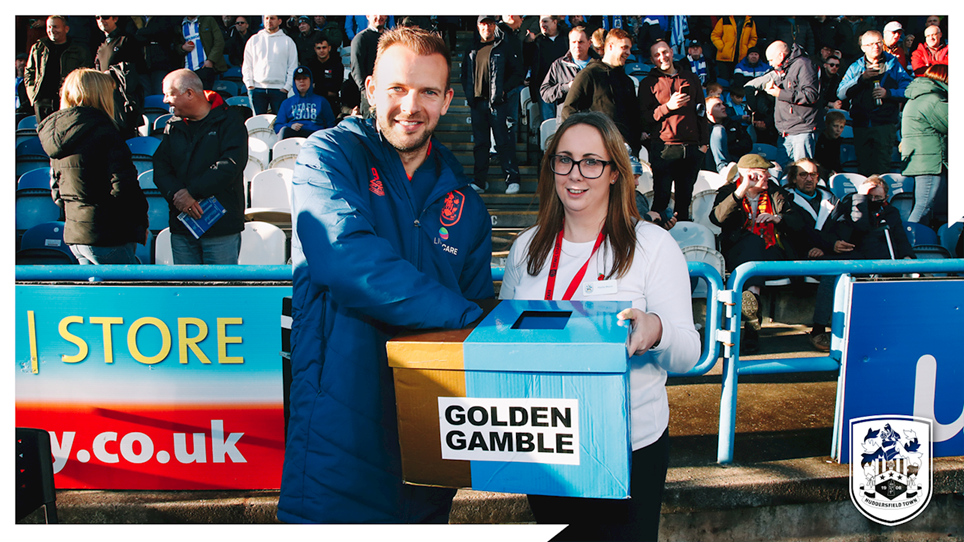