- December 2021 Goal of the Month competition
- Fans encouraged to vote for their favourite goal
- Watch goals via HTTV below, CLICK HERE to vote

Following an undefeated December 2021 for the First Team and another impressive win in the Premier League Cup for the Town B Team, it’s a Goal of the Month competition full of quality - which Terriers can vote on by CLICKING HERE.

With plenty of goals scored across all ages at the Club, deciding on the best five wasn’t the easiest task – especially with the First Team involved in two separate 3-2 victories in consecutive matches!

Having scored twice in December against both Bristol City and Nottingham Forest, it’s Duane Holmes’ winning strike against the latter that receives the nomination. Well worked down the left-hand side with Harry Toffolo providing his fourth assists in as many matches, Holmes’ controlled well before lashing a left-footed effort past Brice Samba to give Town the lead and all three points.

Joining him from First Team level are Danny Ward and Sorba Thomas, both from the end-to-end home win against Blackpool on Boxing Day.

Levelling almost immediately after falling behind less than a minute after the game had begun, Danny Ward’s fine header is a great example of how impressive the forward has been in front of goal for Town this season. Another assist from Harry Toffolo from the left wing, Ward leaps high and contorts his body to get his head behind the ball, making a sweet connection in acrobatic fashion to get Town right back into the contest.

With the second equaliser of the day – before going on to score the winner mere minutes later – Sorba Thomas went from chief provider to scorer, with the first of his quick-fire brace the pick of the two, and a nominee in the EFL's Sky Bet Championship Goal of the Month competition. 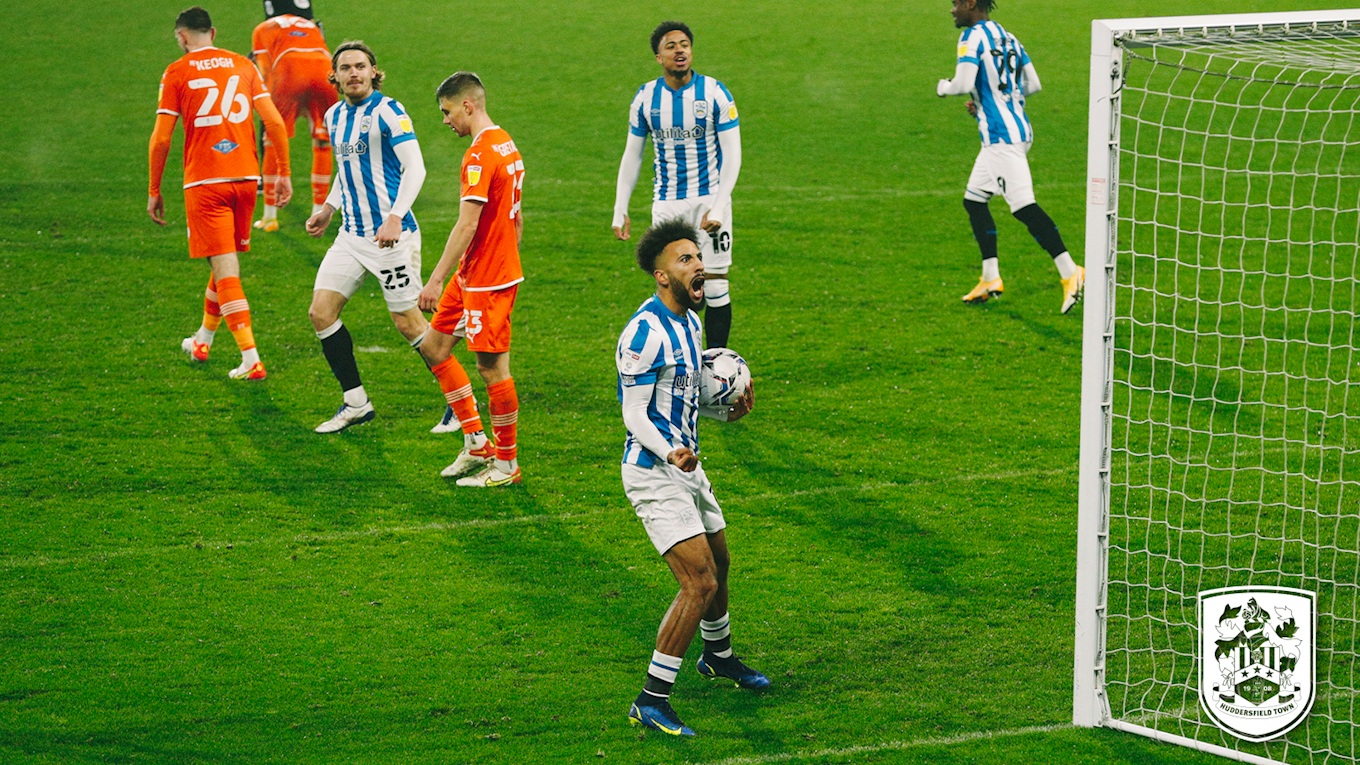 A well worked team goal, Thomas cut in from the right and played consecutive one-twos to get himself well in to the box, with Jordan Rhodes’ fine lay off putting him in prime position to deftly dink past the goalkeeper and give Town parity.

Running out 3-1 winners in the Premier League Cup against Birmingham City at the John Smith’s Stadium, it was another impressive showing from Jon Worthington’s Town B Team.

Marking an important step in his return to full fitness, winger Danny Grant scored his first goal in front of Town supporters to add the B Team’s third of the night. Worked to him by Brahima Diarra on the break, Grant collected the ball in the left-hand channel, dropping his shoulder to turn his man, create space and move the ball to his right foot, allowing him to shape his body and curl a finish in to the far corner.

Having been put ahead in the first half by a fine Brahima Diarra strike from the edge of the box, Town’s second of the night was eye-catching as centre-half Loick Ayina pressured the ball on halfway which gave Kian Harratt possession in space, with the striker turning and playing the defender clean through on goal after he’d continued his run.

With the presence of mind to square it to Jon Russell for an easy tap-in to an open goal, it was an important second for the B Team against strong opposition, with Ayina showing what his progressive brand of defending is all about.