Town Women bowed out of the Vitality Women’s FA Cup on Sunday afternoon, following a 0-4 defeat to Women’s Super League side Everton.

Despite the scoreline, the Terriers competed well to reach the Fourth Round, where they were dealt with tough competition.

It started harshly for Town, as within the opening four minutes, Anna Anvegärd scored the opening goal of the game.

For the following 30 minutes, the Terriers worked hard to keep Everton at bay.

Unfortunately, the visitors doubled their lead in the 37th minute, following an attempt at goal by Valerie Dauvin.

Town responded instantly, with Laura Elford playing Kate Mallin in on goal, but the latter’s attempt was just wide.

Before the break, Beth Stanfield made a great block to deny the visitors a third.

The second half started as the first had, with Gauvin finding her second of the game five minutes in.

The visitors were pushing for more goals, with second half substitute and England international Toni Duggan entering the field of play, but Town were putting their bodies on the line to keep their opposition at ease.

Despite their best efforts to find a breakthrough, with Brittany Sanderson having the best chance, Town just could not find their consolation.

It was all but over for the Terriers, and with one minute to go Claire Emslie scored a brilliant half volley to send her side to the fifth round.

“We stuck to the game plan as best as they could.

“The early goal was a bit of a setback, which I think could have really knocked their confidence, but the players responded brilliantly.

“We created chances, not many, but three or four pretty reasonable chances were created throughout the game.

“Ultimately, someone said to me that we think that score is the best someone from a tier three side has had against a tier one side, so if that’s the case, then you can’t ask for anymore than that.”

With the game being held at the John Smith’s Stadium, the Terriers had the chance to break their attendance, and they did just that. Fans packed out the Core Stand Lower and 1,168 tickets later, Town Women had a new attendance record.

Preston was quick to thank the fans for their support.

“It doesn’t matter if we have gained an extra 50, or 100, their extra fans coming in and seeing what the women’s team is all about and what we are capable of – today we will have shown what we are all about in terms of grit, tenacity, and that Terrier Spirit.

“Hopefully, there are now a few more people that will come down and support us on a regular basis.” 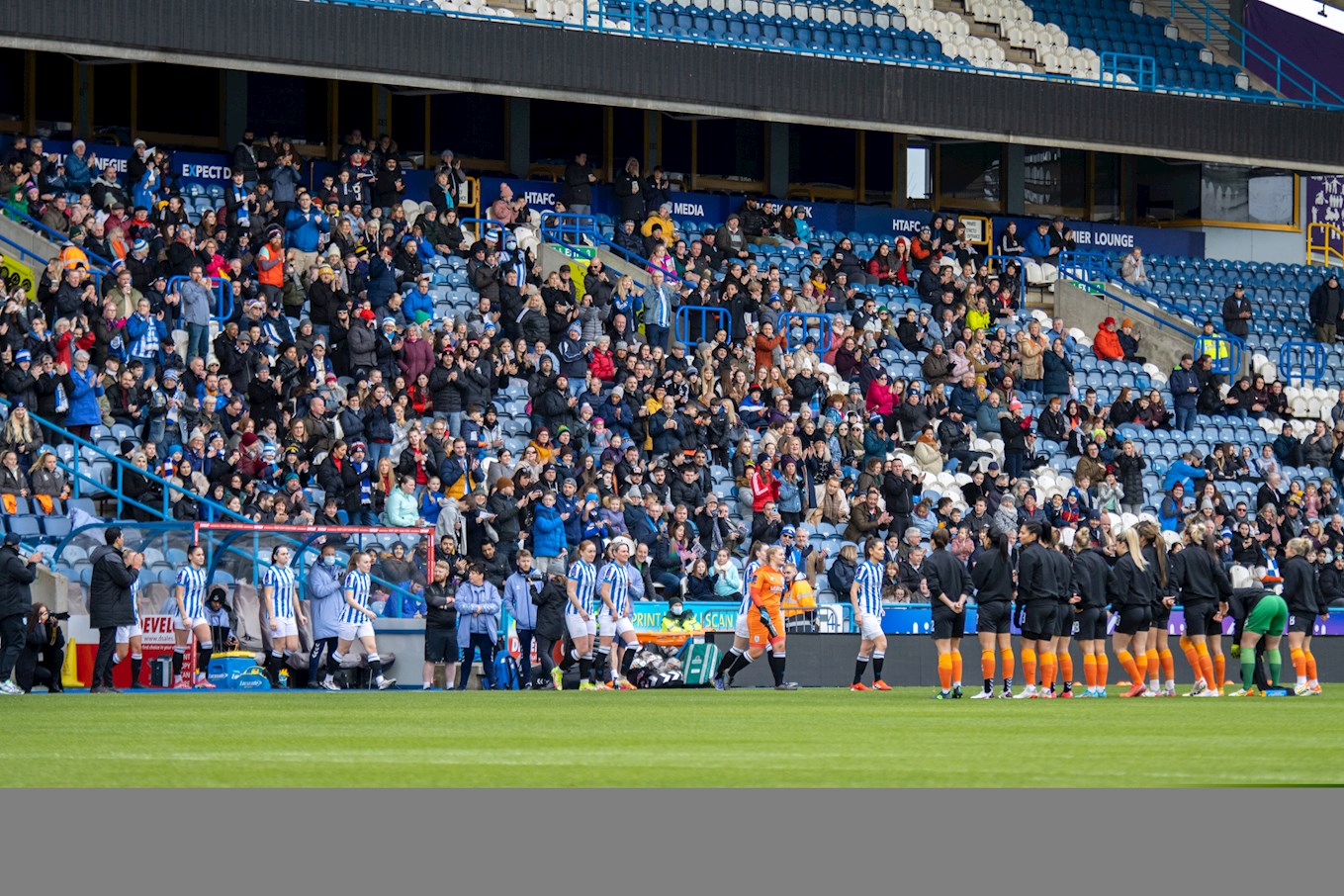 Town Women are back in action on Sunday 6 February 2022 when they Brighouse Town, now setting their sights on a different cup competition and victory over their local rivals.