Carlos Corberán was delighted with the mentality of his players after they put in one of their performances of the season to beat table toppers Fulham at Craven Cottage.

Praising their approach to the game, the Head Coach underlined what he thought was key to them securing a hugely valuable three points on the road.

“For me, today the mentality of the players was brilliant.

“How we played the game allowed us to get three points in a stadium that is very complicated.

“The team had to work a lot today, and they did to achieve this important result.”

Going into more detail about the tactical ideas behind the performance, Carlos stressed that the aim was to strike a balance between defence and attack.

“We defended with eight players and left two players with O’Brien and Danny Ward, who are different profiles of players – one to keep the ball and one to keep the runs in behind.

“It was the same on the side, one winger with speed and the other with more quality to create.

“They key today was defending with the option of being able to counter-attack, to try to balance the game, and this is for me what the team did in the first half.”

Opening up about what his side discussed before taking to the field, Corberán detailed how personality was at the heart of what they set out to do against Fulham.

“We talked before the game and said the main skill today to come here to Fulham and get a positive result was to play with a lot of personality.

“Defend with personality, resist the moments where they were attacking more, have the skill and resilience to beat these moments and have the personality to attack too, and use the ball in a better way.”

Enjoy that win? How about joining us at the John Smith's Stadium on Wednesday evening as we take on Cardiff City? 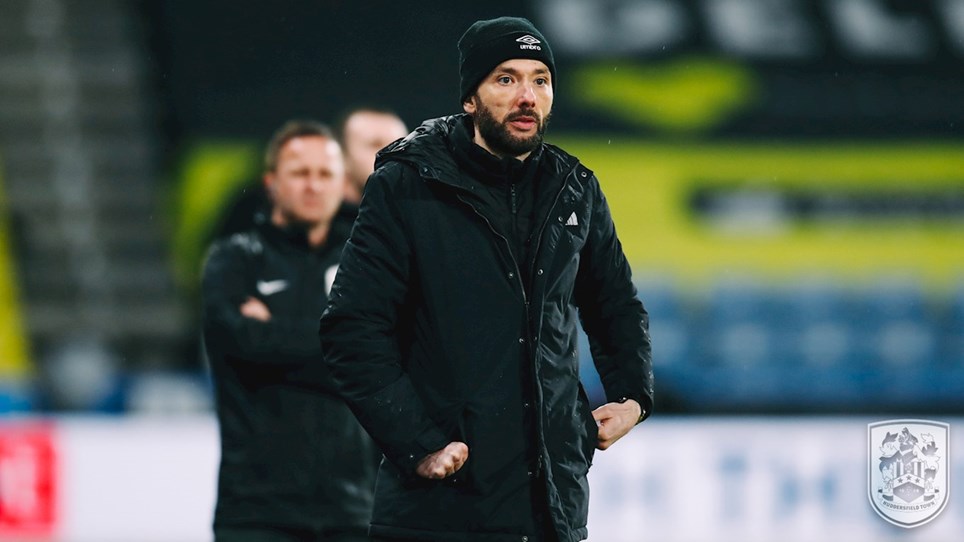