Having already qualified to the knockout stages, our Huddersfield Town B Team are looking to remain top of the group when we welcome Watford to the John Smith’s Stadium in the Premier League Cup on Friday 9 December, 7pm kick-off.

Their third Premier League Cup home fixture in a row, the youngsters were victorious in their previous game at the John Smith’s Stadium as they beat Middlesbrough to qualify for the knockout stages.

Our Young Terriers have won all four of their group stage games so far this tournament, including the reverse fixture against Watford away from home, which saw Neo Eccleston and Brahima Diarra score – the youngsters will be looking to continue this unbeaten run to stay at the top of the group.

With just one week until Sky Bet Championship football returns to the John Smith’s Stadium, this is the perfect opportunity to see tomorrow’s Terriers playing today and get familiar with the names and faces who could be the future of our Club.

Looking forward to getting back on the pitch tomorrow in the Premier League Cup, Bright gave an insight to his recent injury.

“I picked up an injury to my pelvis about six weeks ago against Salford, but now I’m back and I’ve trained this week and will be playing on Friday.

“I’m looking forward to getting some minutes under my belt after so long.”

Myles then spoke about how much this Premier League Cup competition means to the entire team.

“It’s a very important competition; every year we want to do the best we can.

“Last year we qualified from the group stages, only to be beaten by Stoke in the first round of the knockout stage, so this year we want to improve on that and see how far we can get.

“We understand how big the Cup is, we take it seriously and prepare for every game because it’s challenging.

“We don’t play these teams all the time because some of them are from London, so every game is a different experience and we’re just going to give it our all.”

The 20-year-old touched on the approach to the next games having already qualified for the knockout stages.

“We’re not going to take our foot off the gas, we’re going to treat every game as if we haven’t qualified and hopefully get the wins to top the group.

“We feel that the preparation for each game is the same, we go from Monday to Friday and train hard.

“We have worked on different formations, and we have all analysed the teams, and I think that our hard work has paid off.”

Our midfielder looked towards tomorrow’s game and what he is expecting from the young Watford side.

“I feel like tomorrow will be a tough game; we’re prepared for a game where Watford are going to be up for it, so we need to bring our A-game because we can’t afford to be slipping in a competition of this standard.

“Anything could happen, but we are definitely going to be up for the game because we know how much it means to them and to us to win this game.”

Your support has been incredible for our youngsters during the break where three youth games have taken place at the John Smith’s Stadium, and we need you back on Friday 9 December at 7pm! Priced at incredibly affordable prices with admission available in person on the day via our cash turnstiles or with card at the Ticket Office.

Can’t make it to the game but want to follow the action? We have dedicated social media channels so you can keep up-to-date with all of our Academy activity with @htafcacademy the place to be on Twitter, and @htafcbteam giving you all the key updates on Instagram! 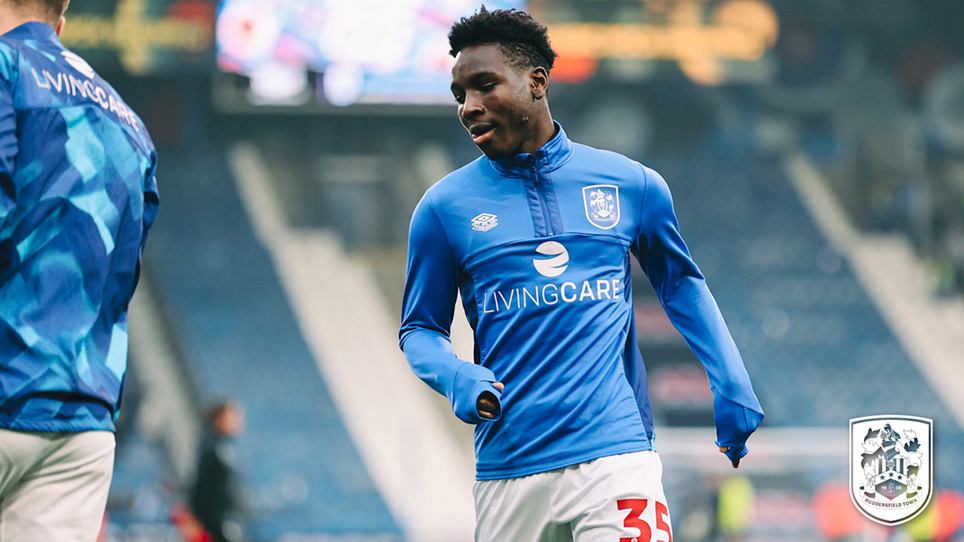