Danny Schofield said that the players have “adapted really well” through pre-season and at the start of this season when he spoke to the press on Thursday morning.

Speaking to the media in his regular press conference, Danny shared his thoughts on the appointment of Paul Harsley as First Team Assistant Coach.

“Paul is someone I’ve known for a number of years, we first crossed paths in youth football.

“He brings something different to myself and Narcís, so we’re glad to have him on board.”

Danny then went on to discuss the fitness of his squad after the Burnley game last week.

“David Kasumu won’t be available tomorrow - it was a slight injury low down in his hamstring. He’ll miss a few weeks, but it’s not as bad as we first feared.

“He made an impact when he came on, it’ll be a miss over the next few weeks, but we will support him fully in his recovery.

“Everybody else is fit and ready to go, we are just missing David and Matty Pearson now.”

Our Head Coach then went on to talk about Town’s new signings as well as up-and-coming players.

“Yuta has adapted quite well - it is hard to play Japanese football and then play in Holland and then come to the Championship, but he has adapted really well and is a versatile player.

“Jack Rudoni is the same, he has settled into the side and is another versatile player who can fill different positions, which is exactly what we need.

“Tino has a lot of self-belief, he has that attacking quality that if he gets the ball up front then he can produce something with it.

“It’s a chance for Rarmani to establish himself with Matty Pearson out, he looks more confident since coming back from loan at Rotherham, and he has the belief he can play in the Championship.”

Danny then looked forward to tomorrow evening’s game against Birmingham City after reflecting on the loss to Burnley.

“After reviewing the Burnley game, it was evident that there was plenty to improve on in the first half, which we changed tactically at half-time.

“Potentially we will see more of the new faces on Friday, but we have assessed Birmingham and will pick the best team to face them.

“It won’t be easy, we saw how hard they were to beat against Luton, but we’ll be prepared and ready for the challenge.”

Join us at the John Smith's Stadium for our first cup game of the season as we face Preston North End on Tuesday 9 August in the Carabao Cup! CLICK HERE to secure your seat. 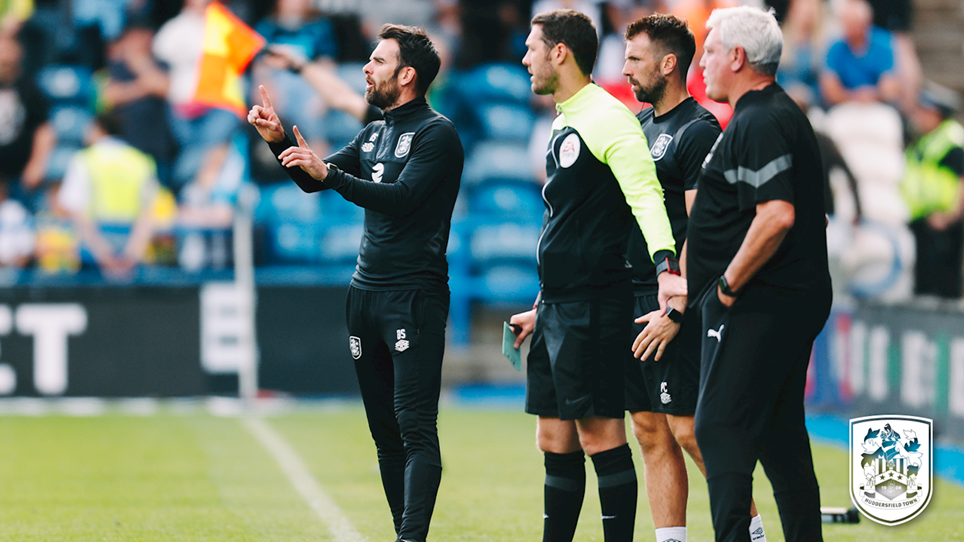