An action packed, fast-paced game ended in three points for Town, who put five past their opposition under the lights at Mill Farm.

Chances for Town came from Brittany Sanderson and Katie Stanley in the opening stages, followed by a chance from Jodie Redgrave for Fylde that was wonderfully saved by Bethan Davies in goal.

Two goals in two minutes stunned the hosts, with Stanley opening the scoring just after the half an hour mark after being assisted by Laura Elford with a clever flick from the forward, before captain Stanley calmly found the back of the net.

Just a minute later, Elford stole the ball from the Fylde defence and doubled Town’s lead. Then, just a minute before the half-time whistle, she scored her second of the evening with a sweet left foot curler into the top corner.

Into the second half, and eight minutes after the game restarted, Elford scored her third goal of the evening, securing her second hat trick this season.

Then, just 12 minutes later, full back Paige Crossman scored following some great play from Stanley who set up the scorer for her sixth goal in all competitions this season.

With just over 10 minutes to go, Fylde scored a consolation goal after a deep cross managed to beat every player in the box and find its way to the back post. But it was nothing more than a consolation as in the final period of the game, the game settled out.

Town Women are straight back into action, as on Sunday 3 April they travel to the Midlands to take on Wolves Women, who are two wins away from claiming the title.

The West Midlands side have been flying since their promotion to the National League North. Of the 19 matches that Wolves have played so far, they have drawn three, won 15, and lost only one, making this a tough task for the Terriers away from home.

Last time out at the Stafflex Arena, the Terriers started well, with Town becoming the first team to score against Wolves this season. Former Terrier, Lucy Sowerby got Town Women off to a fine start, netting within the first two minutes of the game.

The visitors equalised just past the half hour and struck again four minutes later. Britt Sanderson brought Town Women level just on the stroke of half time. The Terriers tried to hold on in the second half to take a point, but Wolves scored the winner to continue their unbeaten run.

Town will want to get another three points on the board and claim a fourth win on the bounce.

“I was extremely proud of the players, very few teams go away at Fylde and win, let alone by such a margin. We were outstanding.

“However, as good as the win was it's just three points.

“It's at times like this you have to stay grounded and be humble, because football has a way of crashing you back down to earth if you are not at your best every week.

“This weekend we will have our toughest test yet, we will need to find another level if we are to beat Wolves.”

For the home team, Amber Hughes is a danger. The striker is Wolves’ top scorer with 22 goals so far.

Anna Morphet is a defensive threat for the opposition. Set pieces are what she loves - against Sheffield, Wolves scored five goals - the first was from a Morphet corner. The defender can also net the ball, so there are goal threats everywhere.

For the Terriers, Brittany Sanderson is top goal scorer. The midfielder scored a brace against West Brom last weekend, adding to her goals for the season. Currently on 18 goals, Sanderson will want to add more and extend her tally.

Goalkeeper Bethan Davies has also impressed or for the Terriers this season, making crucial saves to keep the Town in matches.

Fans will be able to keep up with Huddersfield Town Women in action on Sunday at the Castlecroft Stadium, Wolverhampton. Live match updates will also be available on Twitter from 2pm Sunday at @HTAFCWomen. 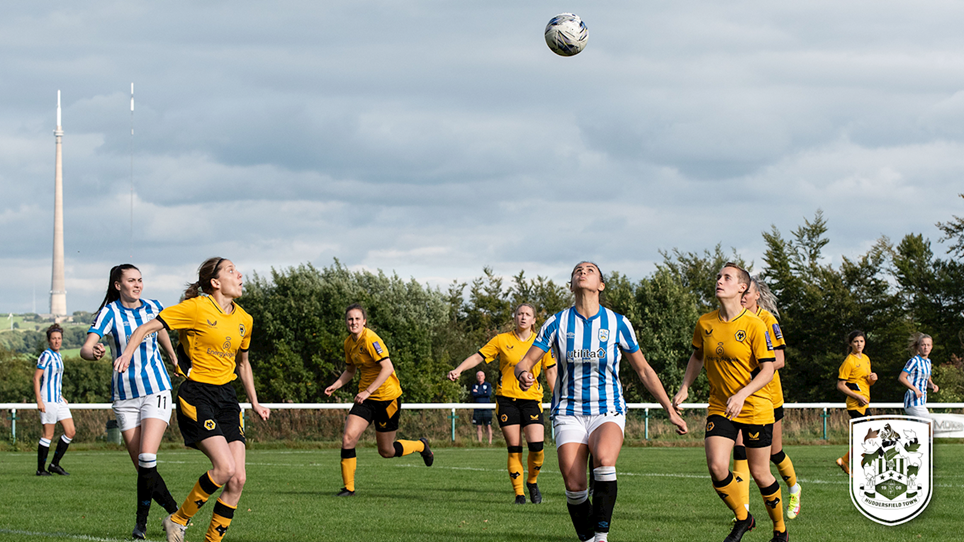