Goals from Harry Toffolo – his fourth in six games – and substitute Tino Anjorin gave the Terriers the lead before a late Coventry consolation and Carlos was happy with what he saw from his side, which has now recorded five wins and a draw in the last six matches.

“I’m satisfied as the team achieved three points, which was our clear target today. To arrive to the end of the season by winning games is always important,” Carlos told HTTV.

“The first minutes of the game were difficult. For the first 20 minutes, they were better than us. It took us that long to adapt to their positions and structure, but in the moment that we changed to 5-3-2 the team managed things better. We defended better and, at the same time, attacked better too, without suffering from counterattacks.

“Of course, the goal of Toffolo helped a lot by increasing the confidence of the team that we could win today.

“I like how the team performed in the second half. Our defence was compact, and we showed more personality in attack, having more counterattacks that could have helped the result more. We suffered for the last five minutes – something that is normal in the Championship.”

Skipper Jonathan Hogg played in the now familiar role as the middle centre back out of possession – something Carlos explained in detail.

“We always analyse the games and decide whether we should defend with five or four players in the last line. Russell is an important player for us in the middle and playing with him and Hogg in the middle – who are both positional players – means you lose one player in the attack.”

Carlos was able to reintroduce Danny Ward to the team as a second half substitute after his recent injury lay-off, and Anjorin had easily his best shift in Town colours too – both positives with the Play-Offs looming!

“Some players need minutes in the legs to show they can help the team. For example, after the injury of Danny Ward, it was important to see him again. In football, you can never lose some weeks and then deliver 100% afterwards. He needed the feeling of these minutes, as he is an important player for us.

“Anjorin is a player who still needs to add physical values to play more minutes, but it is important to have players who can have impact from the bench. It was not an easy change, as Holmes was breaking the lines well and understanding the needs of the game. Sometimes when you change the players, the new players don’t understand this in the same way – but Tino did today.

“Holmes takes the penalties and was not on the pitch, so then it is about the personality of those who are.” 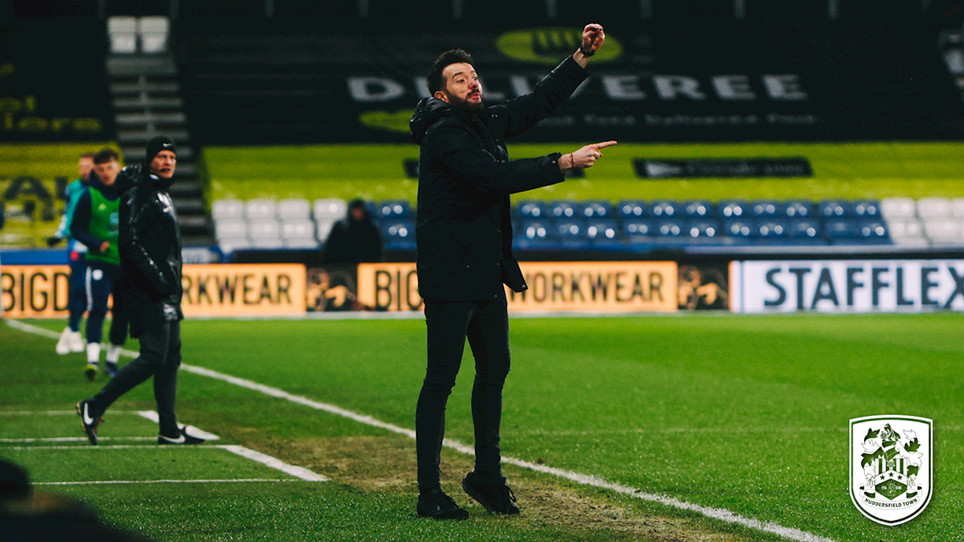