Huddersfield Town Women fell to 7th place in the league following their second loss of the season at home to Wolves with a 3-2 scoreline.

The Terriers opened the scoresheet within the first minute with Lucy Sowerby slotting it past the goalkeeper from close range.

Just after the half hour mark Wolves found themselves level before converting a dangerous freekick to go ahead just moments later.

Brittany Sanderson finished the first half with the ball in the back of the net to set up an interesting second half. However, Wolves would find the crucial winner when Helen Dermody converted. 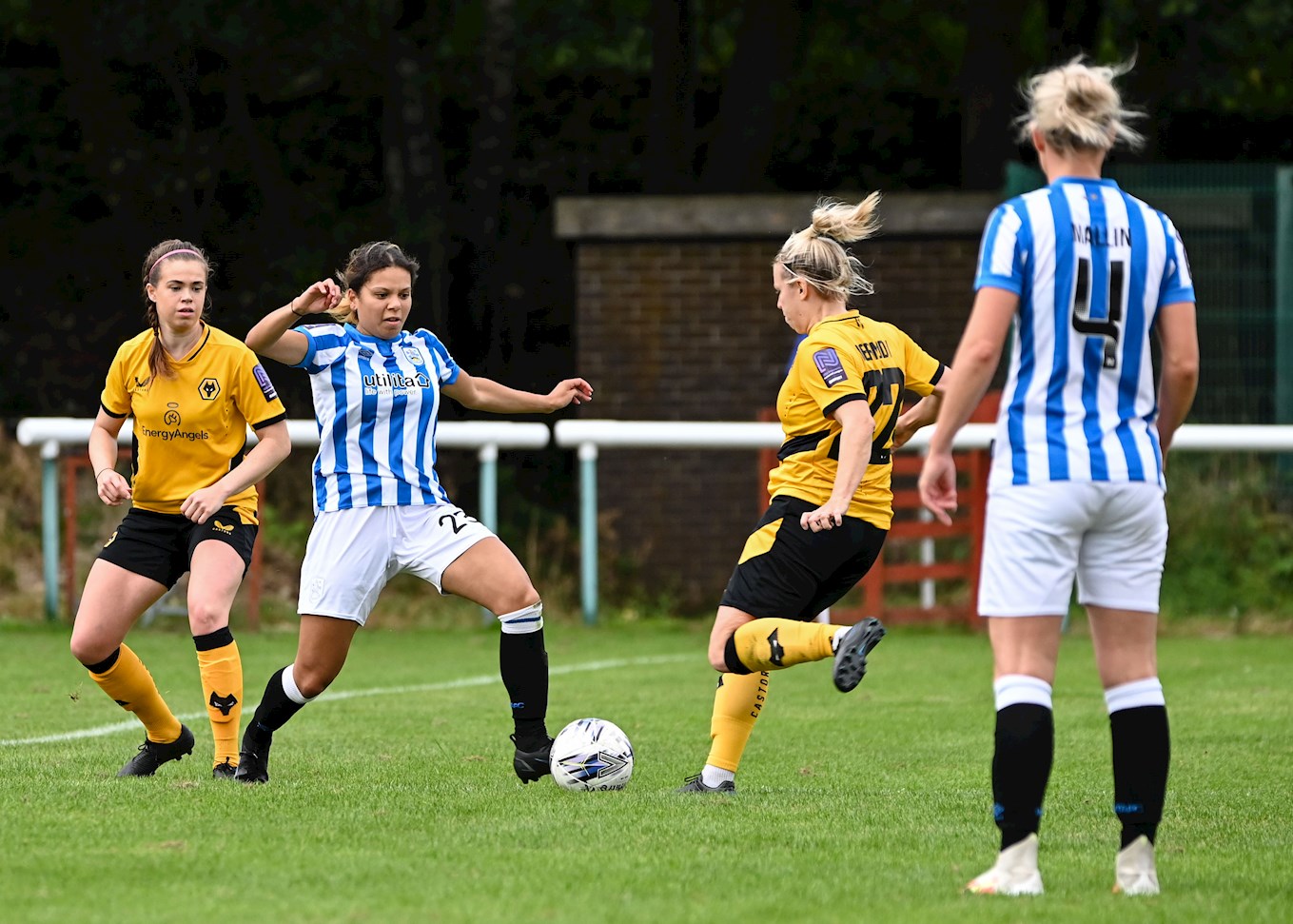 Wolves had managed to keep a clean sheet in every league game prior to today’s game, however, that record was soon ended just a minute into the game when Brittany Sanderson’s lobbed pass found Sowerby in the box, with the town striker converting with a tap past the approaching goalkeeper.

As expected, Wolves stepped up their efforts to find an equaliser, coming close on a number of occasions. Although, goalkeeper Becky Flaherty was always in the correct position to stop the ball including a fantastic dive that saw the Northern Ireland international palm the ball away from goal. Huddersfield fought back and continued to create various chances for themselves however most attacks saw the ball shot off target. 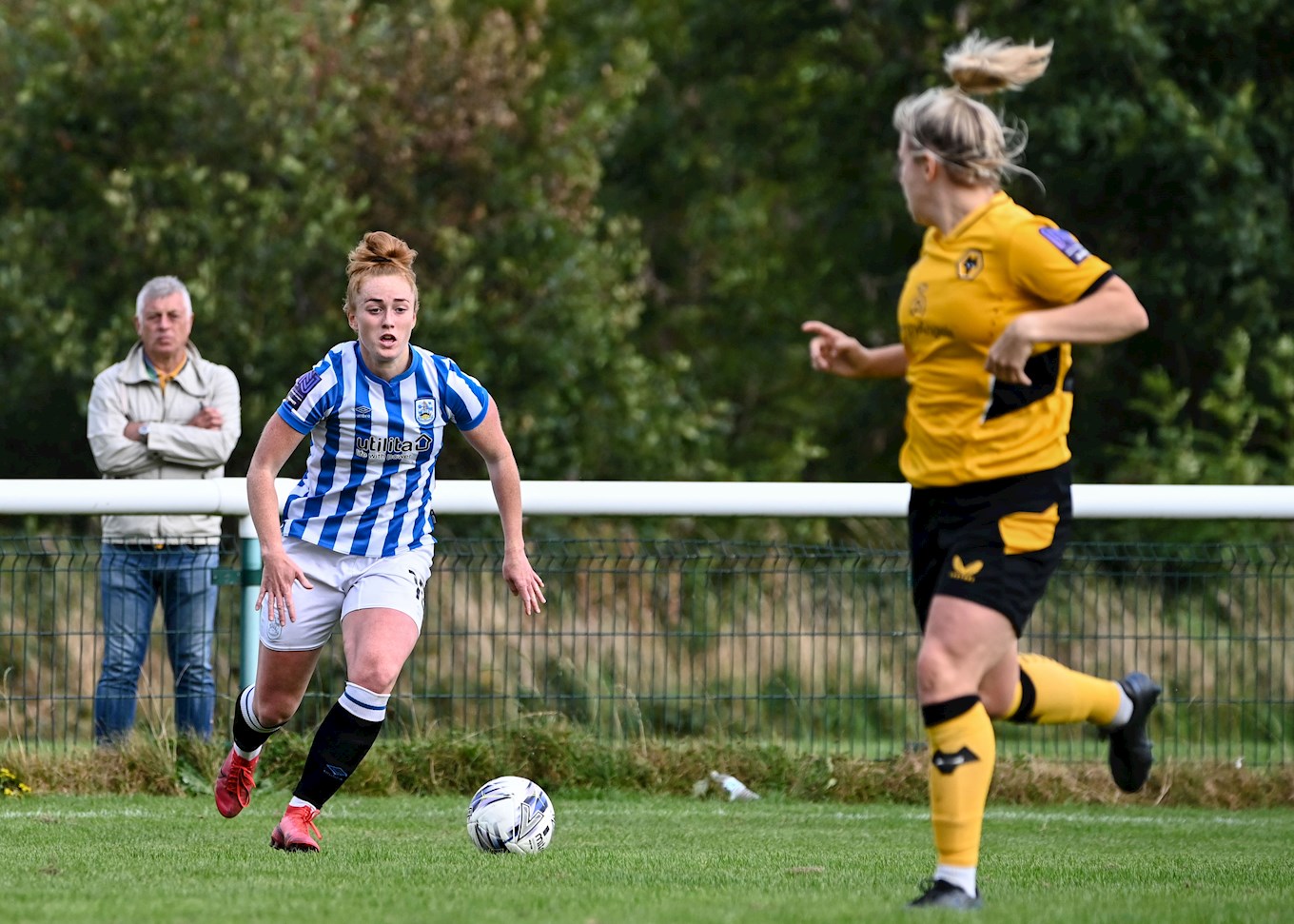 Just after the half hour mark Wolves found themselves back in the game when they forced back possession in their final third with Ellie Butler finding the back of the net.

What became a common theme through the match was the visitors winning freekicks in dangerous positions around the 18-yard box. They had warned the Town defence previously coming close on a number of occasions following a set-piece routine. Therefore, it was no surprise when Anna Morphet finally converted one of these chances just moments later.

Town came back fighting and came close to making it 2-2 with a goal mouth scramble that saw the ball only just cleared off the line and onto the post.

Mallin later created her own chance with a solo effort flying just over the crossbar.

With mere seconds left of the first half Sanderson converted from 20 yards to bring both teams level going into the break. 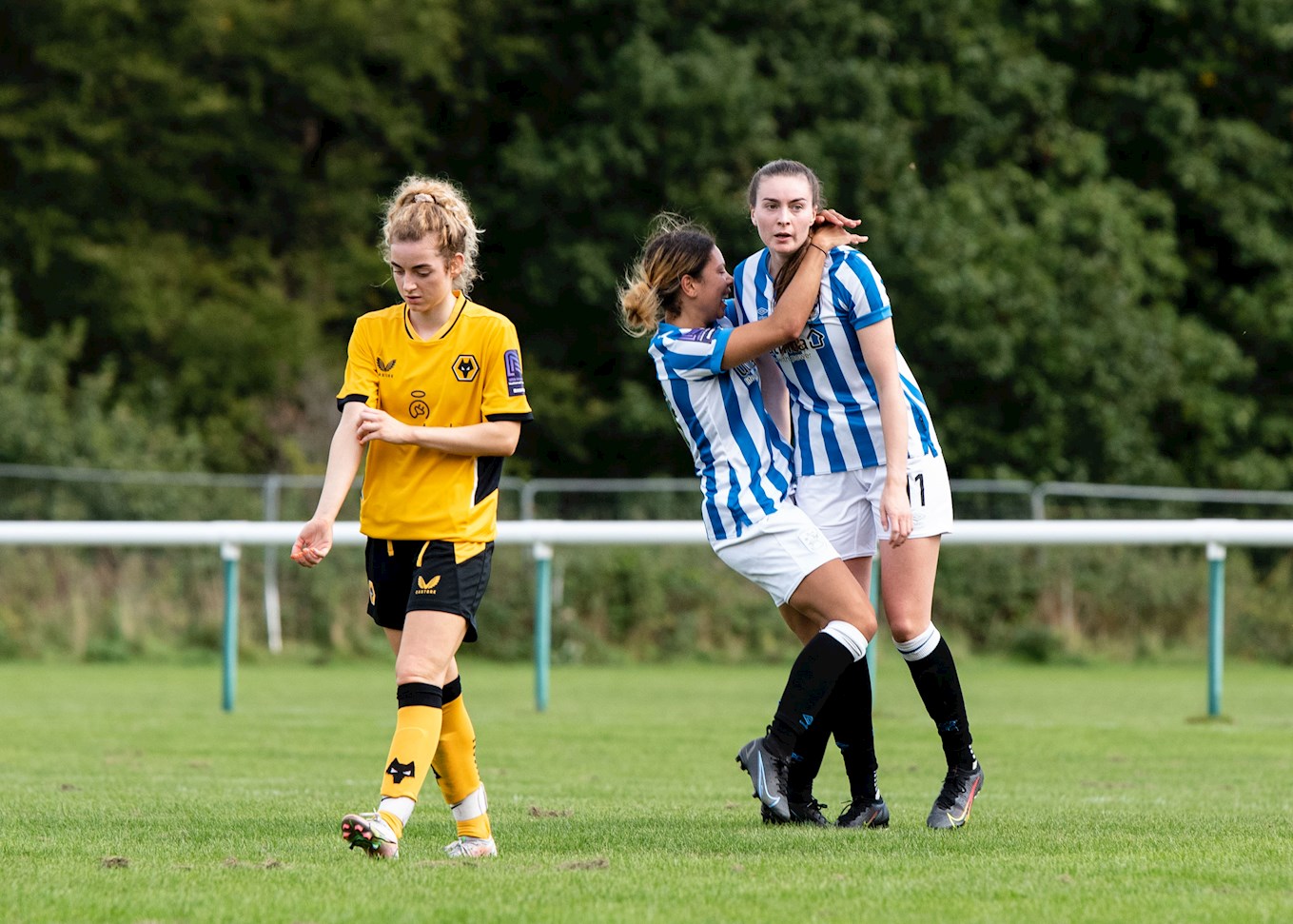 The second half failed to live up to the same expectations as the first half promised. Multiple stoppages, various injuries and half-chances littered the majority of the half.

Wolves would find a third goal around the 54th minute when Dermody broke through the defence to face Flaherty one-on-one. This goal would be enough to seal the win for Wolves as Town failed to generate any serious attacks.

Both Laura Elford (who replaced an injured Sowerby) and Paige Crossman got chances on target.

The final 20 minutes was shrouded with a serious injury to a Wolves player that caused the game to stop for around 8 minutes. During this time Georgia Marshall was sinbinned following an altercation with the referee.

The closing moments of the game saw Town desperately looking for an equaliser however Wolves held on to secure all three points. 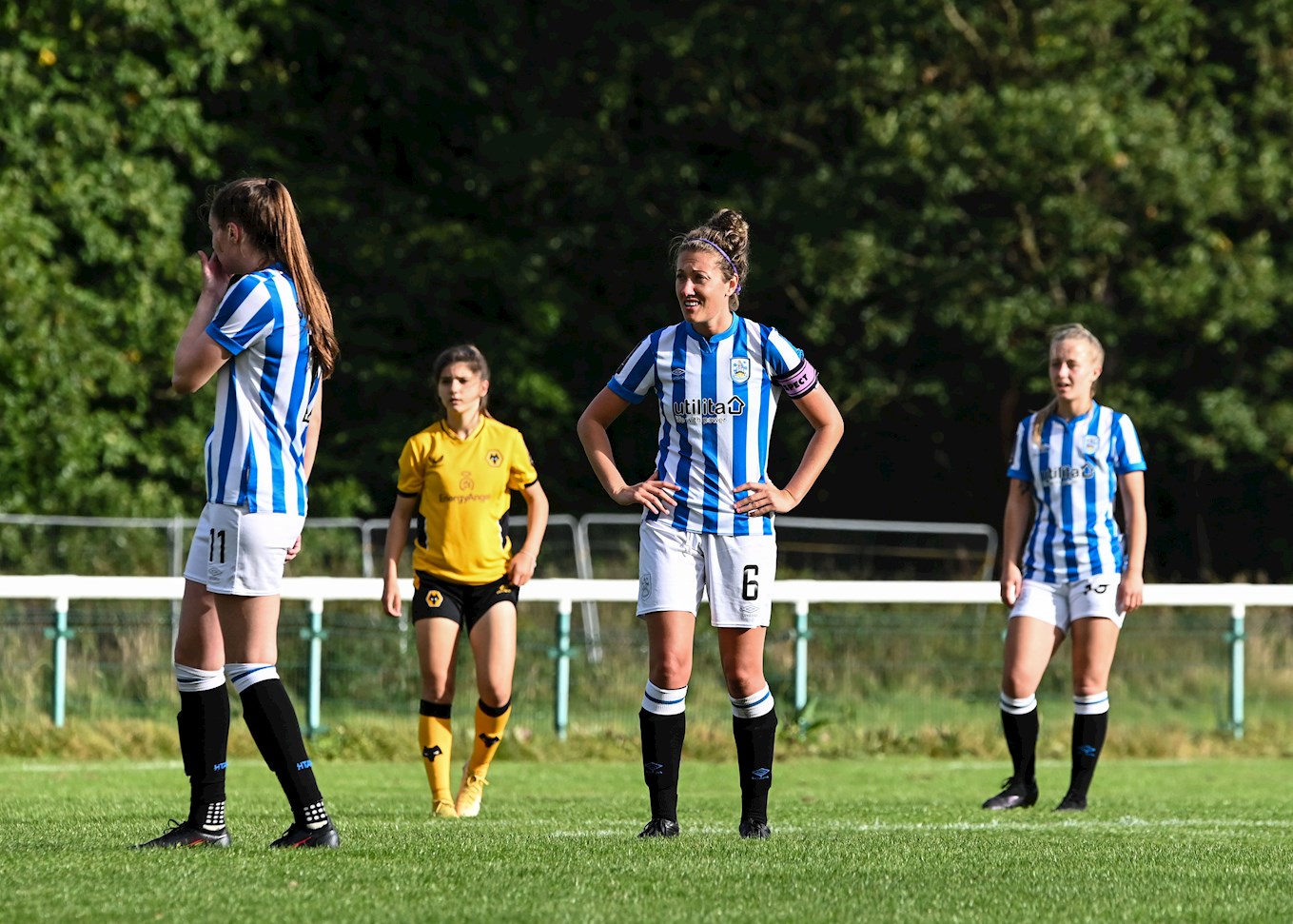 Manager Steve Appleton (who was shown a red card towards the end of the match) had this to say at full time:

“A fantastic game of football between two very good sides, I thought we showed good quality at times and created opportunities early in the game to go 2-0 up, but huge credit to Wolves, who made us pay for any errors we made.

“Their free kick was a great goal. Both teams went for the win and unfortunately for us Wolves took the three points.

“I’ve got huge respect for Daniel [McNamara] and I congratulate him on the victory.”

Huddersfield Town Women are back in action on Sunday 3 October when they face Stoke City at the Stafflex Arena.