The influential central midfielder has put pen-to-paper on a new and improved deal that is set to run until the summer of 2025.

Now 22-years old, Lewis has progressed through the Academy having first joined the Club as an Under-11 in 2002 to become a virtual ever-present in the Terriers’ starting line-up over the last two years.

Having been named our Academy Player of the Year in the summer of 2018, he gained his first experience of senior football in Sky Bet League 1 at Bradford City through a season-long loan spell in 2018/19 and hasn’t looked back since. 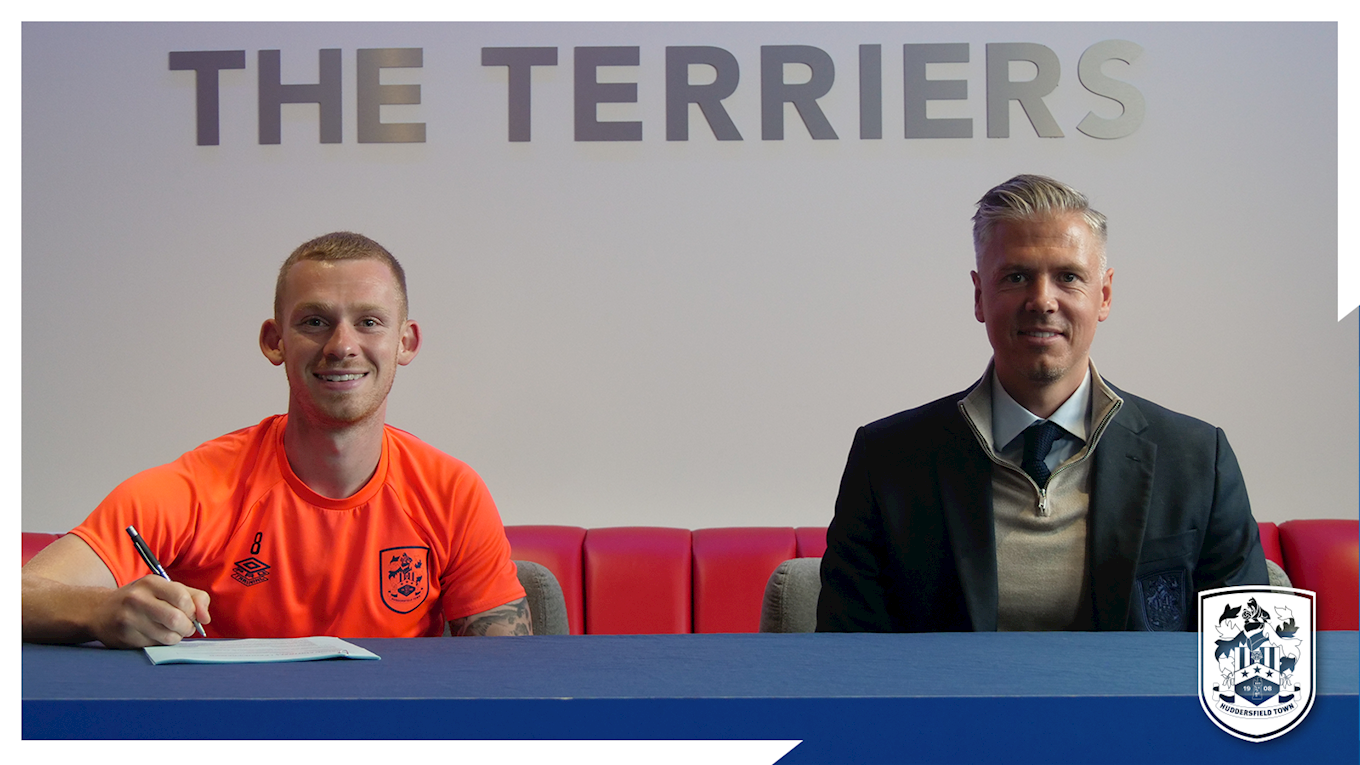 He signed a new three-year contract upon his return and quickly established himself in our side, with his performances seeing Town fans vote him the Hargreaves Memorial Player of the Year at the end of the 2019/20 campaign.

Lewis signs this new contract extension having made 86 appearances across all competitions for Town, scoring six goals.

“It’s a very positive moment for the Club, because Lewis is the perfect example of the kind of player we want to create – someone who has graduated from the Academy to the First Team, becoming an important player for the Club.

“Working with Lewis is a privilege for me as Head Coach, because he never stops working for his team or tires of trying to get better or finding solutions for us within a game. He has in his personality all of the values that I want in one player.”

“This deal shows the intent of our Club, and the strategy we’re putting in place going forward. We want our best players to be committed to long-term contracts and hold on to our best talent – of which Lewis is 100% one. In a business sense, it also protects the Club from low offers from other sides when players begin to enter the final years of a deal. It’s a huge positive for Huddersfield Town.

“It goes without saying that Lewis is an incredibly talented footballer, somebody that we want at our Club and somebody that we see driving us forward on the pitch. Lewis’ desire to underline his commitment to Town was also a huge factor in this deal being done, highlighting not only his happiness to tie his future to ours, but the positive direction our Club is moving in as a whole.”

You can watch a full interview with Lewis O'Brien on his new contract and time at the Club so far on HTTV for free by CLICKING HERE.

Want to get your own Lewis O'Brien '8' Town shirt? CLICK HERE to visit our Club Shop!