With both teams separated by just two points in the league table - Derby sitting third with Town one place below - this is expected to be a tight contest.

The visitors come into this game eight games unbeaten, having only lost one game all season, missing out to Wolves in August 2021. During this run they have beaten Stoke City, Burnley, Middlesbrough, Nottingham Forest and Loughborough Lighting with large wins in cup competitions against Lincoln City (7-0) and Barnsley (5-0). However, last week (Sunday 24 October) they were held to a goalless draw against West Bromwich Albion.

Ironically, Huddersfield’s last defeat was to Wolves too, coming towards the end of September. Since then, the Terriers have gone on a winning streak of three games beating Stoke City, Sheffield FC and 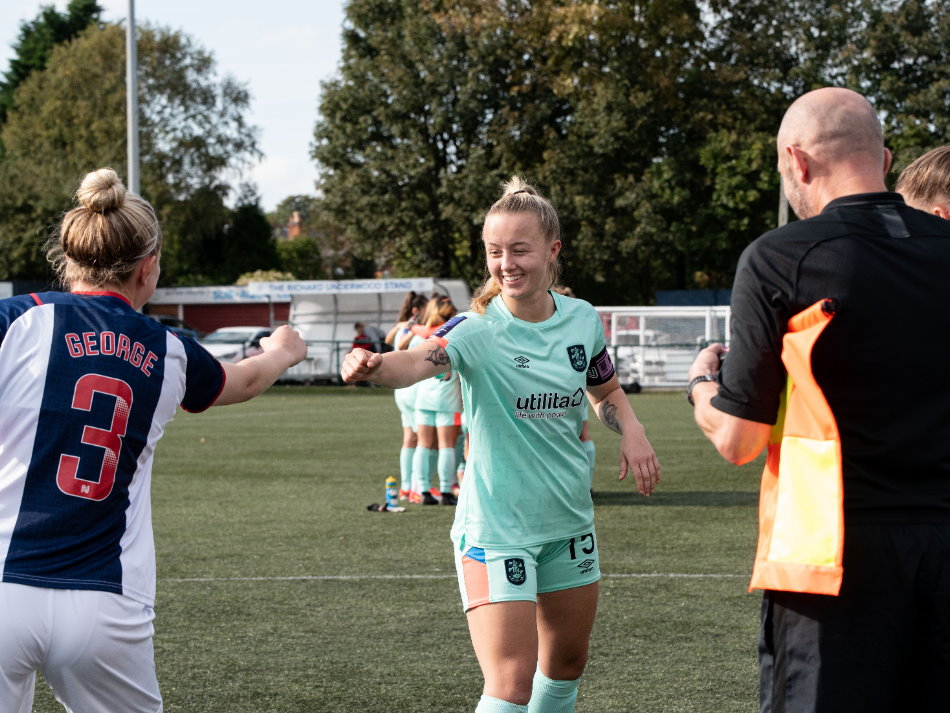 Taking advantage of Town’s break, Steve Appleton has had extra time to prepare for Derby.

“We’ve prepared as well as we could have.

“We’ve allowed a couple of players to recover from minor knocks, so we’ll be in good shape for the game and definitely hoping to carry our momentum from the last few matches into this one.”

“We prepare for every game in the same way.

“We’re aware of Derby’s qualities and we’ll obviously do our homework on them, but ultimately, I focus on my players and the strengths we have and what our game plan will be.” 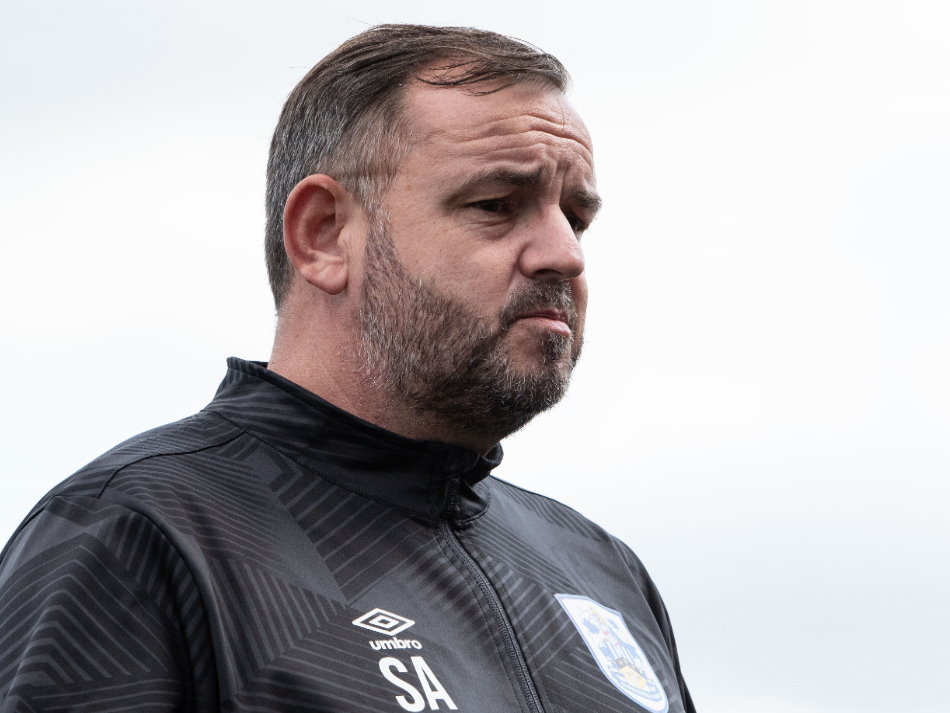 Throughout the last five years, Derby County have been a stable Northern Premier Division side. They are currently managed by Sam Griffiths who took the reins in 2018 following a decade with the club as a midfielder. This season the ‘Ewe Rams’ have set the target of promotion to the FA Women’s Championship and have made a good start to the season.

Last season both teams met in the fourth round of the Women’s FA Cup where Huddersfield were victorious with a 3-2 scoreline. Both league matches that were scheduled to be played were cancelled due to the COVID-19 pandemic causing the league’s suspension.

As the league’s top scorer, Derby’s Ellie Gilliatt is proving to be a dangerous player against opposition teams. However, her season total of 12 goals is not a concern for Appleton.

“Laura Elford has scored seven in eight games and not been fully fit yet, Brit Sanderson has scored nine in ten from midfield, Lucy Sowerby has a ridiculous number of assists, and the list goes on, so we’ve got plenty of players who are a threat to the opposition.

“Ellie is a top player and she’s having a great season.”

Meanwhile, Town’s Ria Montgomery will be looking to continue her form following a brace and an assist in her previous game against Liverpool Feds (friendly). Currently this season, Montgomery has scored three goals in the league – securing August’s “Goal of the Month” award with her strike against Middlesbrough. 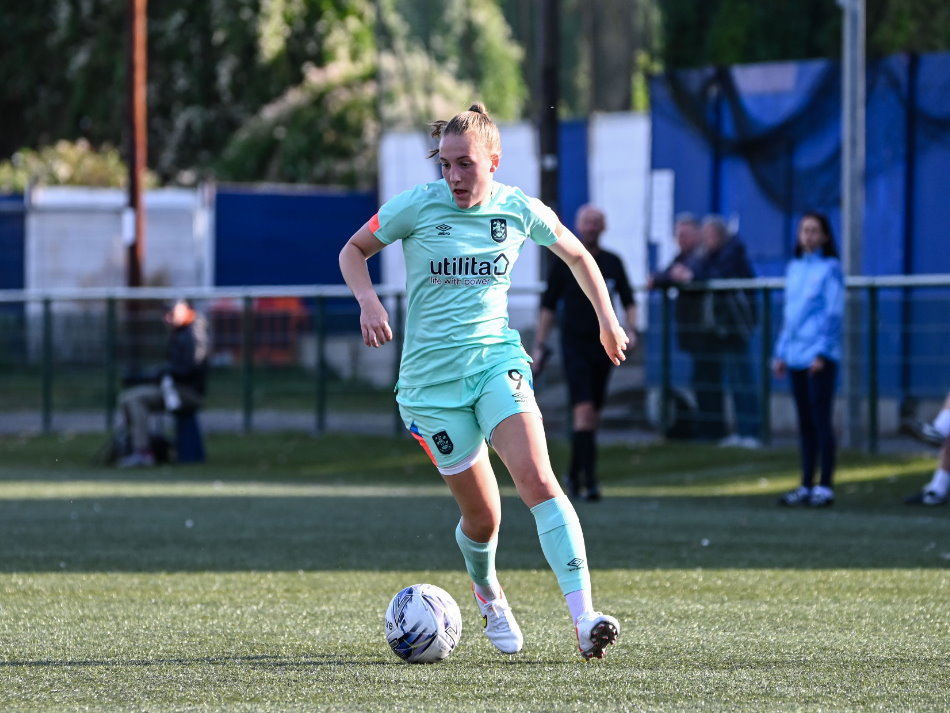 HOW TO WATCH TOWN

Town fans will be able to watch the Terriers play at the Stafflex Arena, Storthes Hall HD8 OWA with pay on the gate available. Tickets are £5 Adults, £3 Concessions and kids are free!

We will also be hosting a charity bake sale for Town fans during the game for the Candlelighters Trust. A JustGiving page has been set up to allow fans to donate - CLICK HERE.

Can’t make the game? Match updates and coverage will be available across our social channels, with live match updates on our Twitter; @HTAFCWomen. 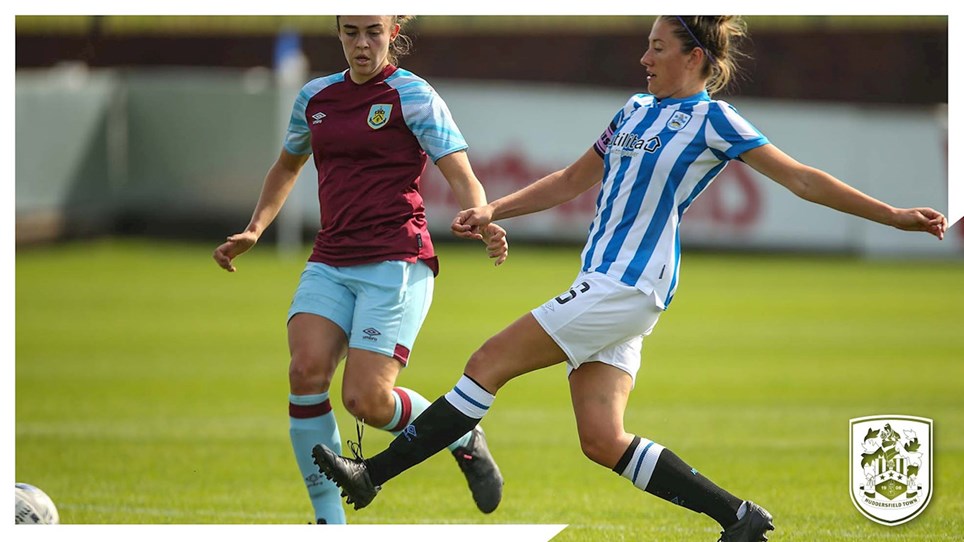