The Young Terriers started their Cup tie with a bang. Michael Stone curled a beautiful cross towards the back post, and Joseph Johnson towered above the Tranmere defence to put Town in front after just three minutes.

Town dominated in possession throughout the first half, with Stone and Johnson linking up again 10 minutes later. Stone’s free kick found Johnson at the back post, but unfortunately his header went over the bar.

Towards the end of the first 45, Tranmere started to show signs of quality when their cross towards the back post looked set for their striker to tap. Fortunately, Stone cleared the striker's shot off the line to keep the score 1-0 going into the break.

Tranmere made a solid start to the second half, calling Michael Acquah into action more regularly. However, the Terriers soaked up the pressure put on by an energised opposition.

Town got the second goal of the goal, doubling their lead in the 68th minute. Tranmere’s ‘keeper palmed out Dylan Helliwell's effort, with Cian Philpott executing the rebound to give his side a two-goal lead.

The Young Terriers’ confidence continued to grow, and in the 82nd minute, they added a third goal to their total. Stone finally got himself on the scoresheet, receiving the ball just inside the 18-yard box. The left-back cut inside onto his right foot and arrowed his shot into the top right-hand corner.

The final 10 minutes saw a late fight back from the visitors, who were able to slip two late goals into the net.

Thankfully, the Young Terriers were able to hold on long enough to prevent Tranmere getting an equaliser, seeing themselves walk away with the victory.

Academy Coach George Danaher was full of praise for how his side progressed into the next round.

"I’m delighted with the overall performance.

“It was a game that was set out for this group of players to go and win.

“They obviously achieved that, but the way they managed the game in certain periods was excellent – they knew when to change the tempo, when to speed it up, when to slow it down.

“They knew when to do the other side of football, not just the pretty playing out, the build, creating the finish, but also winning tackles, winning duels, and tracking runners.

Despite conceding two goals towards the end, Danaher discusses the positives in the team's game management in the final few minutes.

“To get the win is something I’m really pleased with because it would be really easy for us to go under in those situations.

“The way we handled ourselves and the way we managed the game in that period was probably the best I've seen us do it for a while." 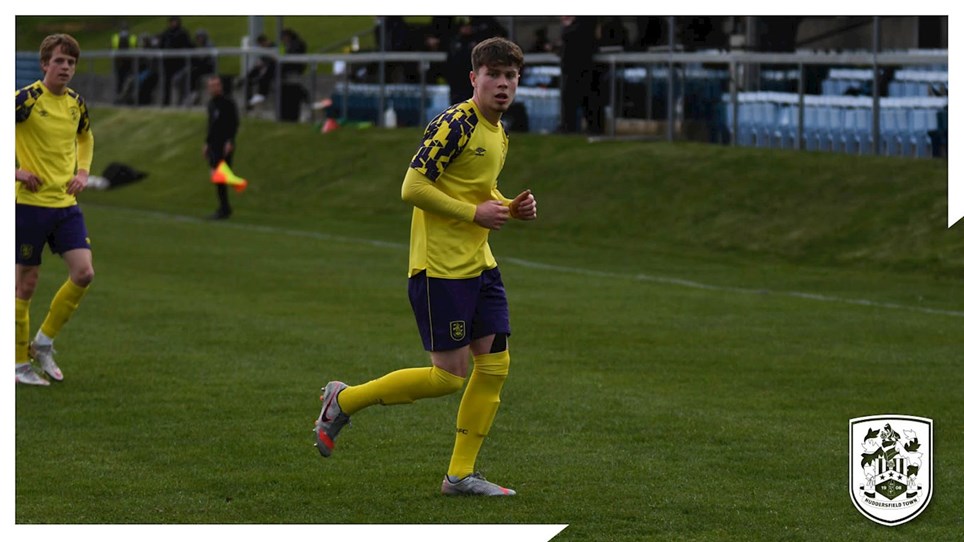 
Young Terriers win on the road

REPORT: TOWN B 2-4 HIBERNIAN B