Fun for all at the Blue & White £20k Draw night

One lucky Huddersfield Town fan got the shock of his life when he found out he’d won £20,000 from the Blue & White £20k Draw night!

The Blue & White’s 18th annual prize draw took place in the Revell Ward Suite at the John Smith’s Stadium in front of a live audience of 150 people, with loyal supporter Jon Davies winning the top prize.

Jon wasn’t attending the night, so host Paul Ramsden joined his brother in ringing him to break the news!

The reveal of the big prize capped off another fun-filled evening for Blue & White members, who were able to watch Peter Jackson, Terry Yorath, and members of Huddersfield Town’s 2003/04 squad participate in a Q&A with Rambo. 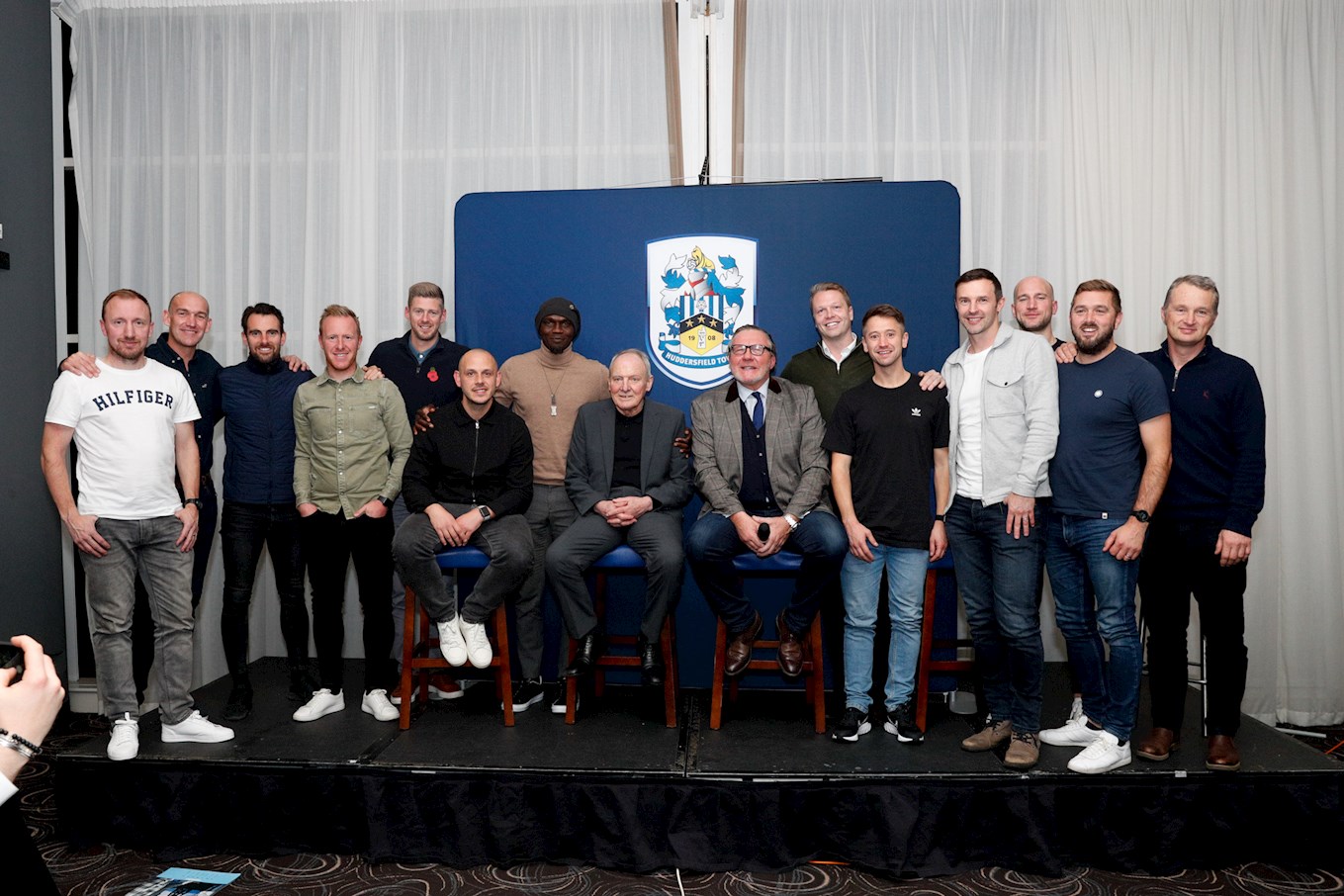 All attendees enjoyed a free Pie & Pea supper and photo opportunity with the former Town players.

The annual draw is just one of the benefits of becoming a Blue & White Member. For just £2 a week, you gain access to many benefits including a chance to win in the weekly ‘On The Move’ lottery draw and much, much more.

CLICK HERE to read all the benefits and to join Blue & White online. Who knows – next year it could be you walking away with the £10,000 cheque!