Huddersfield Town’s Loick Ayina is pleased with the improvements he’s seen both in his game and personally throughout the 2020/21 season.

This campaign has seen the Young Terrier be an unused substitute for the First Team, train with them, and take the Captain’s armband for Under-17s and B Team fixtures.

He spoke to htafc.com about his development over the last year.

“It’s been a very good season for me.

“I’ve had the opportunity to be Captain, which gives me confidence, and I’m very happy with that.

“I was on the bench for the FA Cup game against Plymouth Argyle with the First Team and I play with the B Team a lot, so I’m very happy with my season.

“My communication is a lot better than it was last year. I’m also stronger on the pitch.

“I’d like to be on the bench more and do more with the First Team, but I know my time is coming so I just need to wait.”

Ayina discussed how playing for the B Team and training with the First Team has helped him grow as a player.

“Before I only played with my age group, whereas now that I play with bigger players, I’ve had to take on maturity and concentration so that I can communicate with them.”

The Young Terriers are in Clarets Cup action on Tuesday evening when they host Burnley FC in the 2019/20 Final at the John Smith’s Stadium. The centre back was quick to comment on the benefits of playing at the stadium.

“It’s a good experience because although we won’t have fans, I want to play for the First Team in the future and so it’s a very good feeling for me to play at the stadium.

“I’m very happy we get to play there on Tuesday.”

“I want to be training every time with the First Team and play a game for Huddersfield Town.

“I want to continue playing every game well and be a good centre back for the Terriers.” 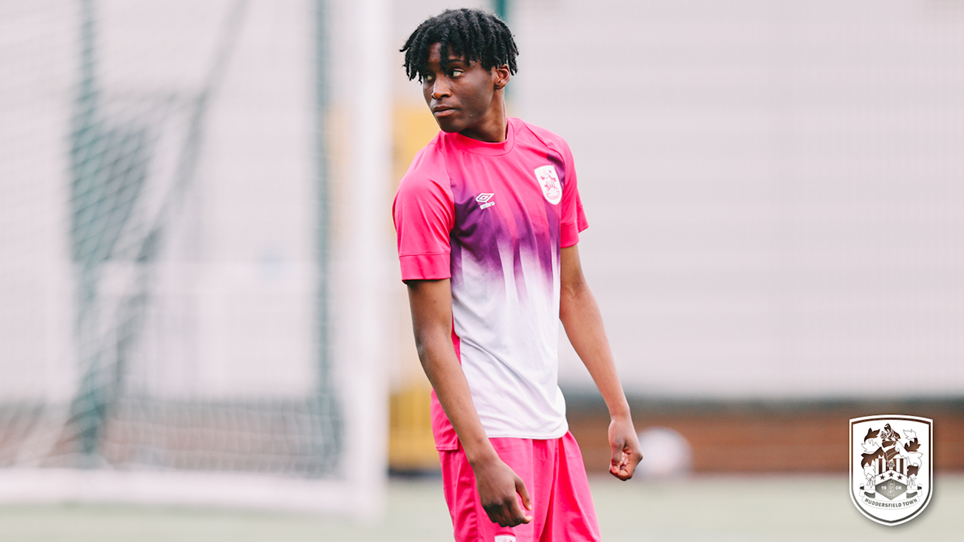