From crying on the pitch at Wembley Stadium to meeting his dream of playing in the Premier League - Danny Williams discusses his time at Huddersfield Town and Reading.

The midfielder was part of David Wagner’s side that retained top-flight status for the first time in Town’s history.

It was, however, Reading who Danny left to ignite that top-flight dream, only months after the Terriers were victorious against the Royals at Wembley in the Player-Off Final.

“I think it was two teams that nobody expected to be in the Play-Offs let alone the Final! I could see us (Reading) taking the team up to the Premier League when Hefele missed that penalty and we went 3-1 up, but my dreams got shattered” he commented.

“But thank God we had a guy like David Wagner who came straight to me after the game and kind of like, told me he would like me to play for Huddersfield Town.

“It was kind of like the worst and the best day of my life; it was a beautiful struggle.”

Whilst Town fans were in dreamland, Danny was in tears on the pitch, at the time thinking he missed out on his Premier League ambition.

“People that knew me knew how much that game meant to me. I wasn’t even sure if I could play because I got a knock on my ankle against Fulham and I was worried that I couldn’t play.

“My parents came to Wembley and it was my dad’s first time there, so seeing him in a suit was quite emotional for me.

“Hearing the National Anthem, I already had tears in my eyes just seeing my parents there and I promised I would leave it all out on the pitch for them.”

He then joined the Terriers and made 20 appearances in the top-flight during his first season.

Williams featured a lot against the top six teams and was part of the team that won against Manchester United.

Alongside this, his performances in the Premier League also gave him the opportunity to represent the USA again.

“I always seemed to play against top six teams and we made history with Huddersfield Town. First ever season in the Premier League and we beat Manchester United, stayed up and I made it back to the National Team.

“I don’t want to look back and say I didn’t play as much as at Reading because Huddersfield Town gave me the platform to perform and Captain the American National Team again.

“I have really good memories of people I met and players I have met.

“The only thing I regret is not scoring a goal in the Premier League, I came close but looking back people said ‘look you fulfilled your dream’, but if I didn’t break my ankle it could have gone even more positively.” 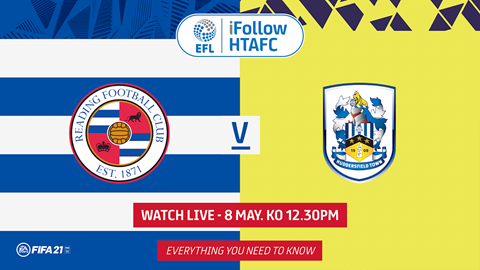 HOW TO WATCH READING (A)

After a brief spell in Cyprus, Danny called time on his playing career and following his other passion; fashion.

He has created his own clothing label called Beautiful Struggles to change perspective and the way people look at life.

“Oh, I love what I’m doing right know. I think everyone I’ve come across knew I had a sense and passion for fashion. I could always see myself doing this.

“As we speak you can tell why I named the brand Beautiful Struggles.

“You guys know how hard I worked so you know I have always had this dream, so I am proud and happy it is going so well.

“It has gone even a bit too fast if I am honest with you, I didn’t expect the people I would reach with that!”

You can check out Danny’s Beautiful Struggles label by CLICKING HERE or following him on Instagram @beautifulstruggles_official.