Tommy Elphick looks back at a difficult, emotional last 18 months

I’ve got the bit between my teeth to get back playing to help this club and help the Head Coach and his staff to get what we deserve for all the hard work we’ve put in this season.

The injury happened around 18-months ago. We were just hitting a bit of form and I felt like we were getting a good spirit and a good togetherness. We knew that going to Preston was going to be tough, we fell behind, and I actually thought we were just getting a foothold in game.

But for me, personally you know, it sort of all came to an end within 15/20 minutes.

I just remember the lad lunging in from quite a way away. I got to the ball first and just sort of span it around really. From that moment on, I left the game on crutches and in a brace, but I never had a sensation of popping in my knee, but it felt like I’d done major damage.

When the physios tested me originally they knew that my MCL had gone, don’t get me wrong it’s a ligament in your knee, but it’s quite a straightforward rehab and something that at my age you’d tweak every now and then and you know what that feels like.

I remember the team was flying out for a winter training camp the next day and I had to go for a scan on the Monday. Again, you sort of convince yourself that things aren’t too bad, there’s not a lot of swelling and it’s quite stable, so I was actually planning on flying out to Dubai to be with the lads on the Tuesday after the scan.

When we had the scan, it was quite inconclusive and there was quite a bit of fluid under the cap and the MCL had gone completely; it was clear that I was definitely in for MCL surgery which then meant I would be out for three to four months. 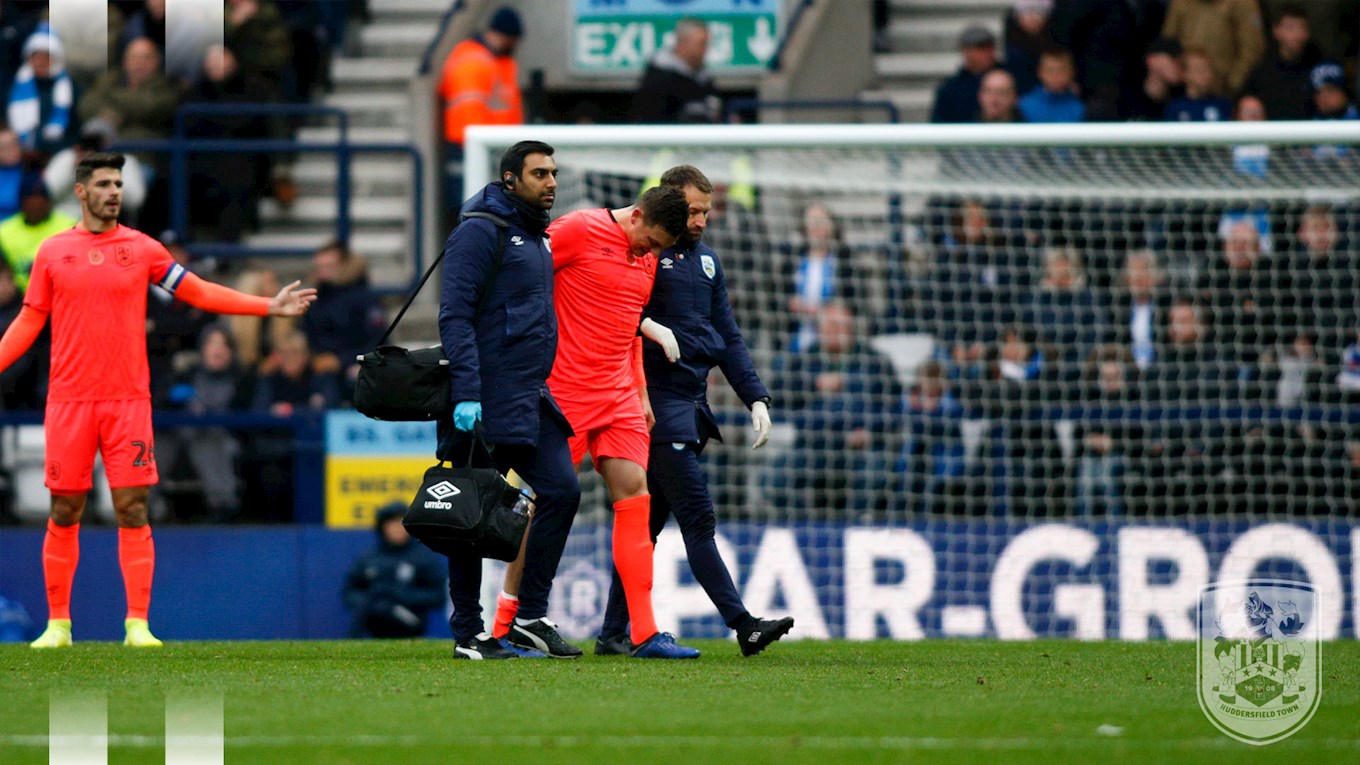 I went down to see the surgeon, I know him very well and he’s well renowned within the country, Sam Church, he’s a great surgeon, and he was still, at this stage, convinced that it was only my MCL, but he said he would check the ACL when we got into my knee.

But then somehow, I try to sort of find out what my motivation is for getting back and find out what I can do to get back and better, not only as a player but as a person as well. That was sort of all the emotions that I was feeling.

I was on my own for a long period with what was going on in the country and in the world. Our game was called off on the Friday and Steve Humphreys, my physio, said to me “Just take some equipment home, just in case, because we’re not actually sure what might happen,” and none of us knew what lockdown even meant! No-one thought they were actually going to lock the country down.

I was lucky at home with my wife and my kids, they were brilliant, and they keep you going. They give you something to get up for. 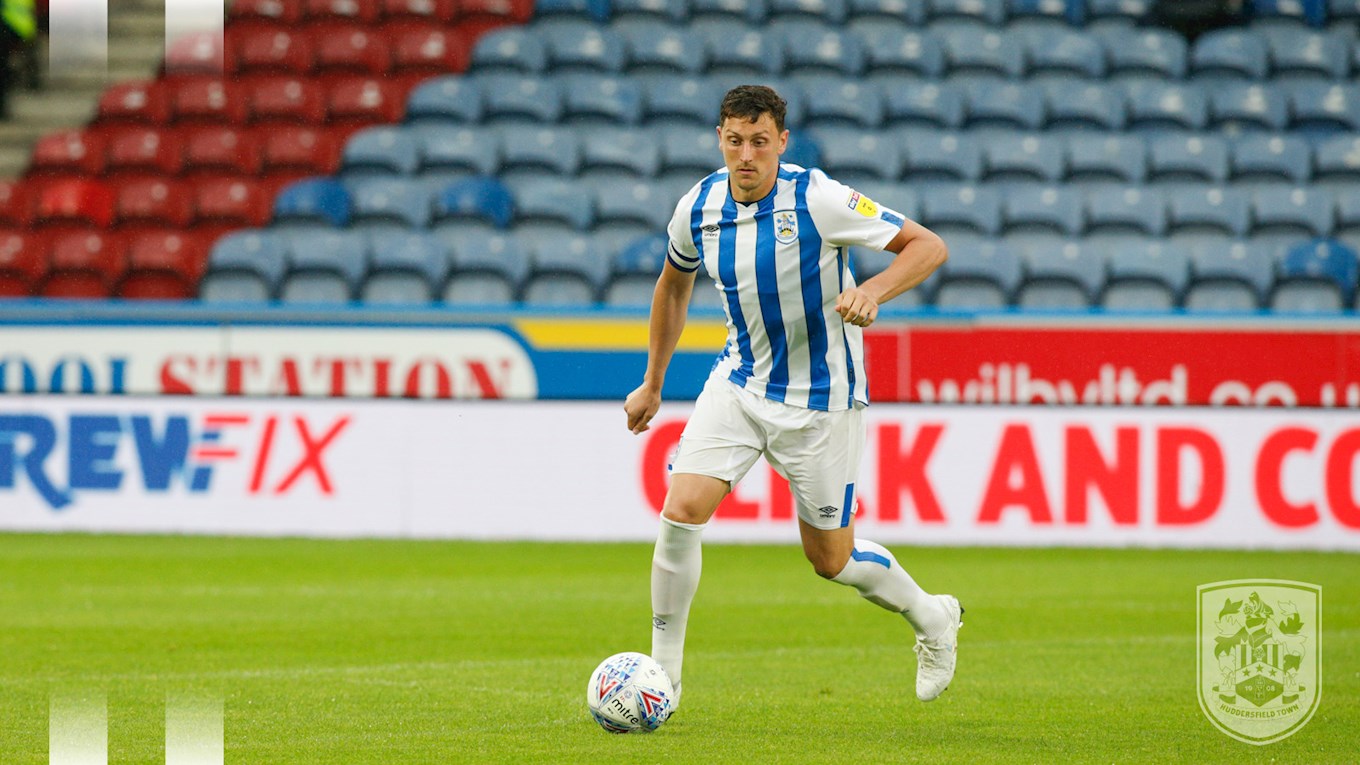 Steve, the physio, sacrificed so much time for me during that period. I know not a lot was going on but he definitely could have used that time better in lockdown, but instead he was sacrificing it for video calls with me every day to help me try and make the best of the space that I had at home.

Just that period in itself to be fair was just really, really testing because all I was craving was just getting into the training ground and getting the physio to actually have a look at my knee, just to see where I was at with it.

The actual first lockdown didn’t knock us back too much, we managed to keep moving forward and as I say, huge, huge credit to Steve and probably to myself a little bit, for keeping it interesting and keeping the ACL side of the rehab moving forward.

I was absolutely flying in terms of my ACL and my MCL, the injured side. I remember the first day going out on the grass with Steve and I couldn’t believe how good I felt.

This was right towards the end of the season after the delay and the idea was to kick on through what was our short summer period, but I was getting closer and closer, doing more and more, my left side just didn’t feel quite right.

When I was at home, rehabbing in the first lockdown, I was probably doing too much on my left side. When the injury happened, I rang people like Callum Wilson, Simon Francis and Tyrone Mings, lads I know who have been through similar injuries, and the messages were all the same “make sure you strengthen up the other side because you’ll need that when you’re vulnerable, so make sure that’s as strong as the injured side”. 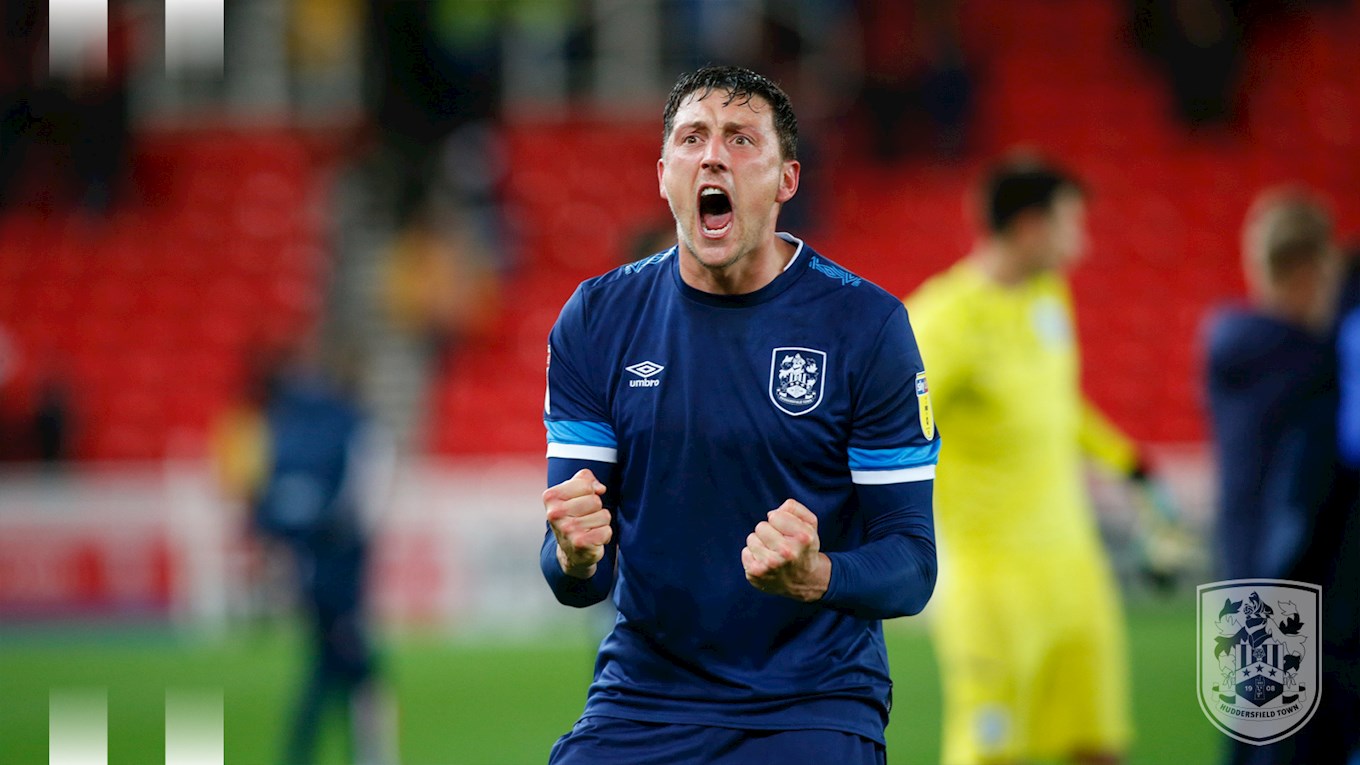 In truth, I probably pushed myself too hard with that school of thought. Like I said, I was getting closer and closer, but my left side just wasn’t quite feeling right.

I went away for a little break in France in summer and I probably wasn’t being honest with myself. I just wanted to be ready for the first day of pre-season. I woke up one day in France and went down to breakfast, went to walk downstairs and I literally couldn’t walk down the stairs. So, I thought a bit swimming, a bit of ice and the rest would do me the world of good.

I’ve come back from holiday, joined in the first day of pre-season and we had to a do a 1000m test. We had to do three more 1km runs after that. I did the first one, flew round feeling brilliant, went to do the second one and my left side just locked up on me.

Don’t get me wrong with the first injury, you have good days and bad days and you’re thinking ‘am I going to get back with the age I’m at?’ and you put pressure on yourself, but the second one was really, really tough.

To be honest, it was the people at the Club that kept me going. The support staff at this club were magnificent. People like Steve, I’ve got know him better than my wife over the last 18 months, I’ve been with him every day. People like Kirky (Ian Kirkpatrick) and Liam (Kershaw), they’ve just been so good to me. Dave (Hallum), Matt (Greenlees), Callum Walsh, Callum Adams and Dan (Hughes), they’ve just so good and so patient with me.

For me, the duty was not with me at this stage it was for those lads. I know the time and effort that they put into me. My inspiration at this moment is not just for myself, family and friends because they’ve all been through it with me, but also for the staff because I know how much satisfaction it will give people like Steve.

There’s been a massive shift in style and structure at the football club, so you add that into the mix on top of the rehab.

With previous managers, or Head Coach’s, that I’ve worked with in the past, it would be very easy to incorporate you into a session, with the intensity, but with how this Head Coach trains it’s very clinical and intense.

By that, I mean you need to be ready to train because if you’re not, you’re going to let down a whole chain of things that are going on.

So, as I started to recover, I was doing sessions with Michael Tonge, Danny Schofield and Jon Worthington and joining in with the B Team; they’ve all been absolutely brilliant for me.

Something I’ve always loved is trying to help young players, so I’ve really enjoyed training with the B Team and playing in their games.

Training with Carlos is different, it’s like going back to school on the first day you know, you’re a little bit nervous.

The playing squad’s different too but everyone’s been brilliant. People like Richard Stearman, Fraizer Campbell, Hoggy, Lewis O’Brien, have really helped me. I’ve been speaking to Richard Keogh a lot too.

I’ve always been someone who’s lived for a match day.

Last week, when I knew I was playing for the B Team, I was as nervous as I’ve ever been because you need to trust your body, to move around the pitch like you used to.

But, thankfully, I felt good and it’s just been so, so nice to feel like a footballer again, to come out and go home thinking ‘I’m looking forward to tomorrow’ and having a recovery session.

If you’d have asked me six weeks ago, I would have been down about where I was at, but you work through those days, you start hitting your max speeds, start having a bit more training exposure and then you start working towards that game and once you tick that one off it does so much for you mentally.

Again massive, massive compliments to Steve Humphreys. I actually feel a lot better than I thought I would have.

I’ve come back from these long-term injuries and felt horrific, but I don’t think I’m a million miles away from helping the First Team and being there for the lads that have helped me so much.

DUANE: WE KNOW WE’RE BETTER THAN THAT