What has been the driving the force behind QPR’s recent form?

The loan signings have had a big impact, particularly Charlie Austin and Stefan Johansen. Austin has been there before and is a big favourite of the fans and they needed someone who would stick the ball in the back of the net. Johansen is obviously a quality player in the midfield. Those two in particular have made quite a big difference for them.

What “X-Factor” players do you think could have an impact on the game against Town?

Austin has had an impact on and off the pitch. On the pitch he knows how to finish, his goal ratio for QPR over the two spells is one in every two games. I think off the pitch it is that experience he brings as well as the kind of feel good factor he has brought because QPR were struggling a little bit near the bottom of the table when he came in. Ilias Chair I think would be the next player that they’d hope to develop into something special and Chris Willock, who used to be at Arsenal and Huddersfield Town as well for a little while; he’s been in good form lately.

In what areas can you see QPR causing the most damage for Huddersfield Town?

The midfield for QPR has gone from a weakness to strength, with Johansen being there, and I think playing with two attacking midfielders with Chair and Willock has made them stronger. Sam Fields has come on loan from West Brom who looks good when he plays as well, so in that midfield area they are particularly strong at the moment. It has played an important factor in the run of good results that they’ve had. 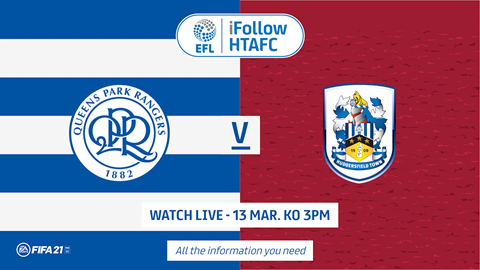 HOW TO WATCH QPR (A)

Last time these two teams faced each other it was a 2-0 win for Town, how do you think the Terriers can get a similar result against a team in such good form?

QPR are a different team to the one they were then and they are certainly better at the back. Perhaps they struggle against a team that’s got a lot of pace out wide. Huddersfield Town need to have a high energy approach because if you look at QPR’s results over the course of the season they seem to do very well after little breaks. When they have had time to work on the training ground, their wins after breaks have been against teams like AFC Bournemouth and Watford and they got a draw at Norwich. They’ve seemed to struggle more when they are in the middle of a run of games because they’ve got quite a small squad.

Taking into account the first 24 games and then the most recent 12 games, do you think QPR will be happy with this season?

Yeah I think so. To lose a player like Eberechi Eze and they also lost Jordan Hugill who was on loan last season, they had Nahki Wells until January last year so that was a bulk of their goals, the three players that the goals came from lost and they lost Luke Amos who they signed from Tottenham to a cruciate injury. So to lose players like that and be in the transition period that they’re in, to be around mid-table I think they would look at that as a job well done.