Right-back discusses his season so far

The right-back had a 10-week injury layoff due to tearing his ACL and spoke to htafc.com about how that setback affected his current campaign run.

“I think it’s been a season with ups and downs.

“I started off really well, I came back fit from lockdown, preseason went really well – I played a lot of games.

“I felt fit and confident and then I got injured. I tore my ACL and was out for 10 weeks.

“That was very disappointing because I felt like I was on a good wave, training with the First Team and playing a lot of games, so I felt annoyed that I had this little setback.

“I tried to keep my head up and my rehab went really well.

“Since coming back I haven’t really felt anything with my knee anymore, which is good, and I’ve been back to playing a lot of games.

“I think that training has been good as well. I’ve developed a lot working with the coaches.

“I’ve been working on playing out from the back and beating players with a good first touch so that we can play the ball forward.

“I’ve also been working on my relationships with the wingers and different types of crosses.”

Pata featured in the B Team’s latest game, a 3-1 over FC Halifax Town, alongside Tommy Elphick. He discussed how the opportunity to play with the First Team players helps aid his and his teammates development.

“I think it’s good for us younger players because when you train or play with the First Team players and the older players you see that their standards are really high, so you then try to be at that level.

“I think it’s good because you see little things that they do during the game and I learn from that, especially when you’re playing next to a player like Tommy Elphick.

“I think he did really well for someone who’s been out for so long, I have a lot of respect for him.

“During his injury I think he had some setbacks as well and then coming back after so long is really good.

The right-back went on to comment on his development over the last 12 months.

“Sometimes when you really want to train in the First Team, but you’re not really close to that or you’re still training with the younger players, you still have to keep going and not just give up.

“Then, eventually when you’ve still been working hard in training and you perform well in games, your chances will come.

“I think mentally I’ve become really strong at creating that mindset to just keep going no matter what.”

The youngster also discussed what he hopes to achieve from the remainder of the season.

“My main aim is to earn myself a new deal with the Club because my contract is ending in the summer.

“I want to make sure that I’m ready to go on preseason with the First Team or get a good loan move in the summer.

“I also just want to keep playing every game and win as many games as possible.”

Ilounga and his B Team teammates are back in action on Wednesday afternoon, when they host Bradford City. You can follow live match updates on Town’s official Academy Twitter; @htafcacademy. 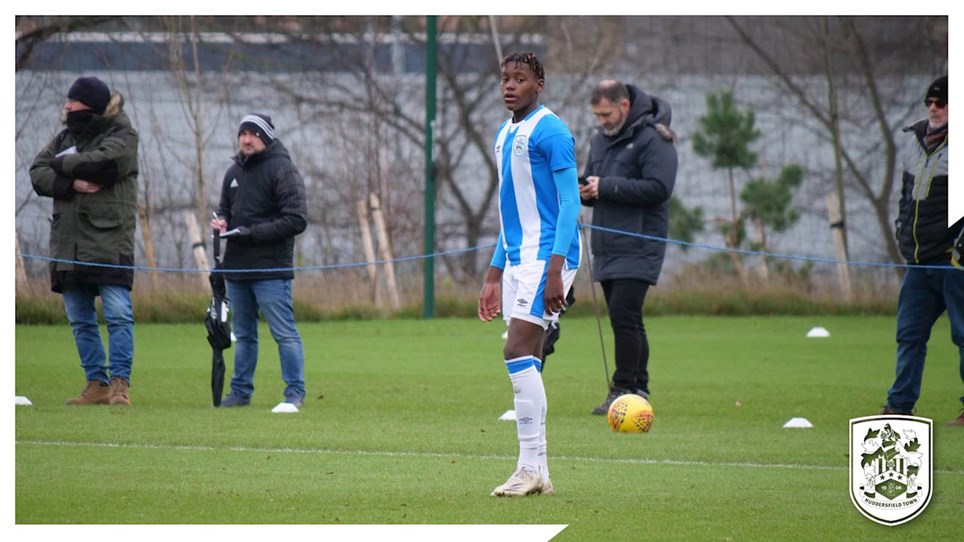 SHANE MAROODZA DELIGHTED TO BE BACK IN ACTION

B TEAM IN PREMIER LEAGUE CUP ACTION ON WEDNESDAY


Midfielder ready for first season back from injury

BRAHIMA DIARRA ON HIS SEASON SO FAR


Midfielder proud of his achievements


Town B victorious against Birmingham City