Opta’s Analyst account has put out its interactive season data review at the conclusion of the 2020/21 season, indicating some interesting performance stats on Town ‘keeper Ryan Schofield.

The 21-year-old made Sky Bet Championship 30 appearances in his breakout season and Opta’s data across those performances backs up his reputation as an excellent shot-stopper.

As opposed to the basic judgement of shots faced and save percentage, this analysis takes the quality of the shots each goalkeeper faced into account. That allows Opta Analyst to calculate the goals that each goalkeeper prevented compared with what you’d expect them to concede.

Opta’s ‘goals prevented rate’ metric shows Ryan at 1.16, meaning he conceded just one goal for every 1.16 that you’d expect him to. That was joint third amongst Championship goalkeepers, behind Norwich City’s Tim Krul (1.37) and Preston North End’s Daniel Iversen (1.17)

In real terms, that indicates Ryan prevented 5.8 goals for Town over his 30 appearances; second best in the division behind Krul, who prevented eight goals.

This is what we all enjoy 😂#htafc pic.twitter.com/zST3SZLHpi

The season review also highlights the impact that Jonathan Hogg has on games for Town, both in terms of defence and launching our attacks.

Opta Analyst shows that Player of the Year Hogg, who signed a new contract in February, initiates most of our possession moves in open play, and fares well across the division in tackles, interceptions, and recoveries per 1,000 opposition touches.

There’s also lots of information about attacking play and a plethora of team data on the analysis too – you can check it out HERE. 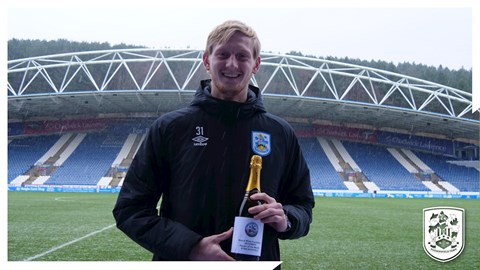