Hogg, who has captained Town on many occasions after the last few years, will take over the role from Christopher Schindler, who departed the Club over the summer.

‘Hoggy’ has been a regular in the engine room since the day he joined from Watford in the summer of 2013, making over 250 appearances in Town colours across all competitions, including the Premier League and Sky Bet Championship.

The midfield general impressed in Carlos Corberán’s system during the 2020/21 campaign, so much so that he won the Hargreaves Memorial Trophy Player of the Year, as voted by the fans. This was added to the Players’ Player of the Year award he won back in the 2016/17 season.

Known as ‘The General’, Hoggy is a true leader on the pitch and leads by example through his hard-working and relentless style of play.

Harry Toffolo, Lewis O’Brien and Fraizer Campbell have been named as the Club’s Vice Captains and will lead the team out if Hoggy is unavailable.

“Hoggy has been an important player for this club for the last eight years and has not only showed his strength on the pitch, but off it too.

“His blood is blue and white, and he has all the values we want at Huddersfield Town; he has a strong mentality, he’s ambitious, he’s brave and he has passion for his job.

“You will feel represented by Hoggy when you see him on the pitch because he will give everything for you and for this club.

“Being a Captain is not only when you have the armband on a game day. You must lead by example. You must be a professional footballer 24/7 and bring everyone else up to your standards, so they have the same mentality. We know that Hoggy will do that.” 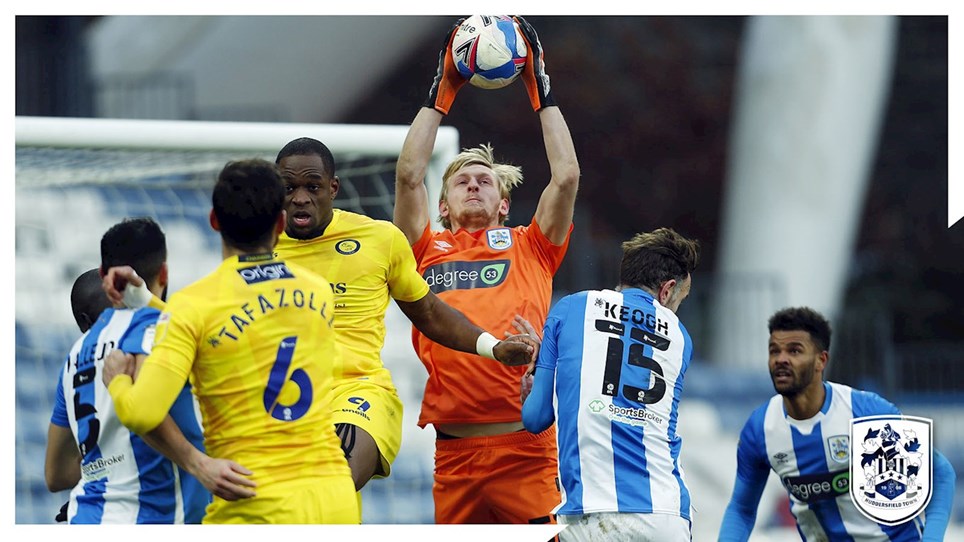 
Defender recognised for his work with the Town Foundation


Carlos Corberán puts his squad through their paces

LAST CHANCE TO SIGN UP TO THE 'WORTHINGTON WALK' !