Former Town full-back and fan favourite Tom Cowan discusses his time at Huddersfield Town and what made him join the Terriers.

Tom enjoyed a successful spell at Town as he made over 150 appearances for the Club in six seasons, helping them gain promotion to Division Two via the Play-Offs in the 1994/95 season. Tom was also part of the Huddersfield squad that went all the way to the final of the Football League Trophy in 1994.

“A big factor that contributed to me joining Huddersfield Town was Neil (Warnock), he was brilliant with me.

“I had been on loan at Stoke in the old First Division, I thoroughly enjoyed it and in my three months there they did try to sign me on a permanent deal, but it didn’t happen which was probably the best thing that’s happened in my playing career because I ended up signing for Town!

“Neil phoned me towards the end of the season if I wanted to join which was great because I needed to get out of Sheffield United as I was sat in the reserves for a large period of time and I wasn’t really getting a look in, which was frustrating because I wanted to be on the pitch playing football.

The former Town defender also looked back on the Football League Trophy Final which saw the Terriers lose on penalties to Swansea City after it finished 1-1 in regular time at Wembley Stadium. Cowan reflects on his penalty miss as Swansea City beat the Terriers 3-1 in the shoot-out.

“I used to take free-kicks and penalties quite regularly but from that day forward I never took another penalty again!

“I was so confident beforehand but when I struck the ball, I thought the ‘keeper could’ve run out and picked the ball up it ran up that slow to him!”

Tom also reflected on the team spirit, which he felt was a huge reason as to why he enjoyed his time at Town and as to why he believed he had such a successful period at the Club.

“The team spirit was probably the best I had ever experienced in my career, it was amazing.

“If you didn’t go out with the team you’d be fined pretty heavily!

“To me, the team spirit was the reason we got promoted, no matter what management team we were under, the dynamics within the team were outstanding due to the team spirit.

“It was the best five years of my career; I loved every minute of it and when I found out I was leaving I was absolutely devastated.” 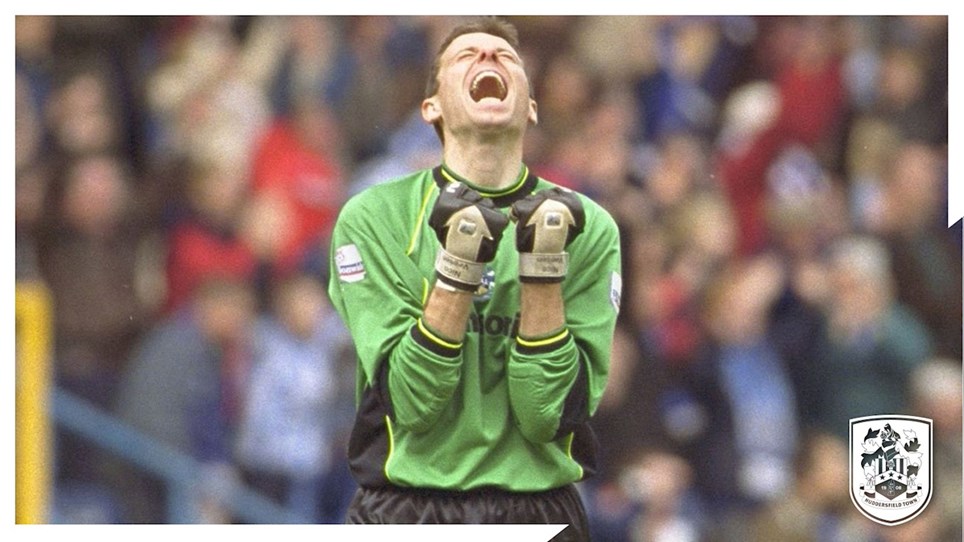 NICO LOVED HIS TIME AS A TERRIER!