Huddersfield Town’s B Team forward Kian Harratt believes that the Young Terriers were dominant as he netted the goal that brought them level against Scunthorpe United Under-23s on Wednesday afternoon.

Harratt’s quick-thinking and assertiveness to nick the ball away from the defender’s sluggishness allowed himself the chance to fire home the leveller with 10 minutes to go, which he obliged to make it 2-2.

The 18-year-old was one of four planned changes at half-time, allowing Town to be more expressive up front. He linked up with Matty Daly and Sam Sharrock-Peplow well to drive the side up the field against the Iron.

“It was a very dominant second-half performance,” said Harratt.

“I thought when we brought on four subs at half-time, it changed the game a little bit and it brought more energy into the game.

“We always prepare the same for these situations, and hopefully we produce the game plan on game day.

“We are an attacking team, and we are a possessive team, and we wanted movement from the front three to get onto passes in behind.

2020 has been a great year for Harratt. After making his senior debut for Town, the forward had an impressive loan spell with then-National League side Harrogate Town, for whom he helped secure promotion to the Football League through the play-offs. He then spent a period on loan at Guiseley in October.

Harratt was pleased with what he has achieved over the past year and spoke of his aspirations for 2021.

“I have had a couple of experiences out on loan and I got to play at Wembley with Harrogate.

“Then I was on the bench for the First Team and made my debut last season, so it has been a good 2020 for myself and I am looking forward to 2021.

“I want to try and get nearer to the First Team more and score more goals and progress from there.

“The B Team are all together, and Carlos Corberán believes in us all, and that is very motivational for us.” 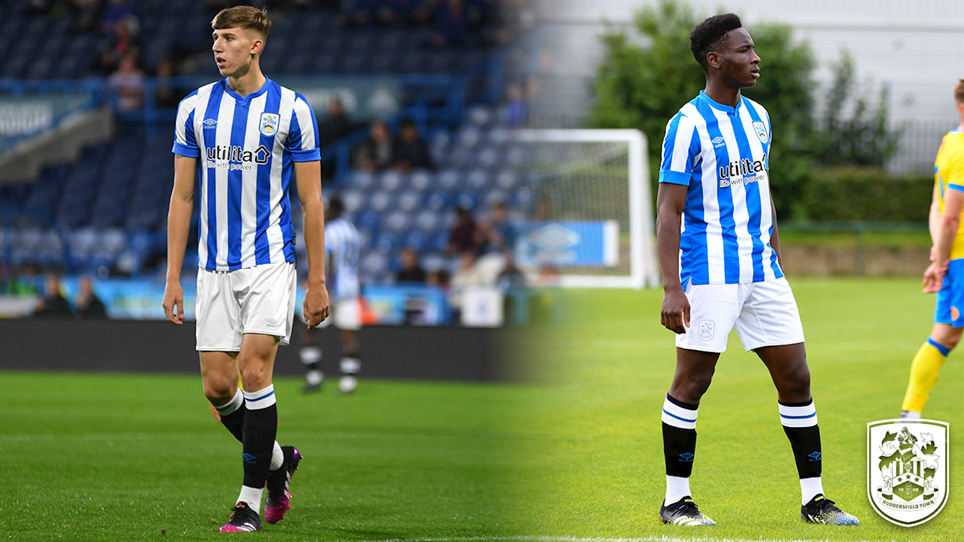