Sorba Thomas says the world is his oyster after putting pen-to-paper on a deal with Huddersfield Town.

The 21-year-old striker signs for Town from Boreham Wood and commented on how excited he is to get to training with Carlos Corberan’s side.

“I felt like I’d move either into the Championship or any of the other leagues, but I felt like Huddersfield was the right move for me.

“Speaking to some of the coaching staff and seeing the way Huddersfield play just excited me and I felt like it was the right move for me.”

The striker was quick to comment on how Town’s style of play was one of the key factors in helping his decision to sign.

“The style of play was massive.

“I felt like I wanted to be at a team where they didn’t have pressure on me straight away, where they’d allow me to get used to the surroundings.

“I know Josh Koroma, who also did the same as me and I felt like for me Huddersfield was the right move for me.

“Their style of play is attacking which can exploit some of my talents and can make me an even better player.

“It’s also a test and I like to test myself. I like to push myself to the limit and I feel like with this gaffer and with this team they can help me do that.”

Thomas admitted that although the move will be a challenge, it’s one that he’s ready to throw himself into to.

“It’ll be a massive challenge to go from three days a week to now six days a week.

“A bit of patience will be needed because it’s all new to me.

“I need to be able to settle down in the area and I feel like as soon as I’ve settled down and kind of hit where I am constantly on my path, ready to play, then I feel like the world’s my oyster.” 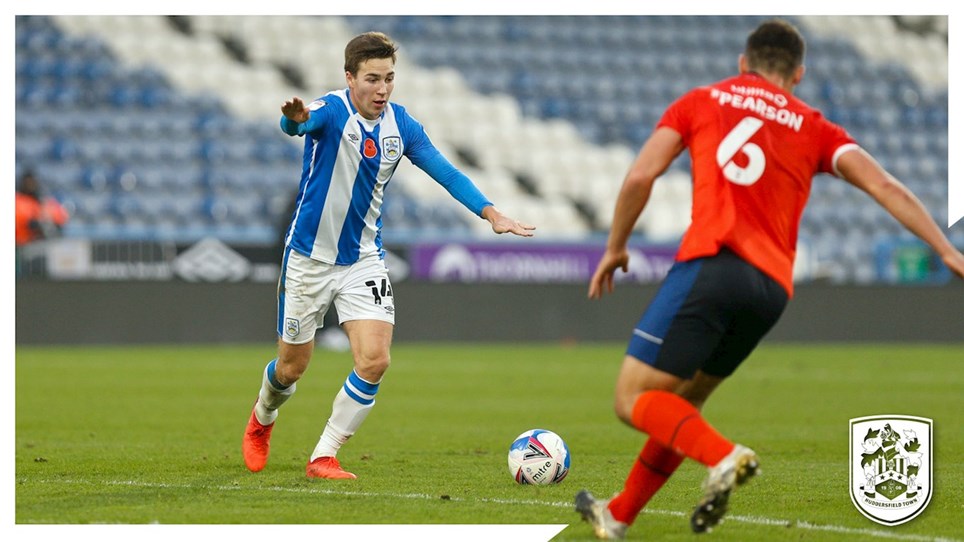 
Eiting looks back at his first goal in Town colours


Watch the key action from the bet365 Stadium


A look at Duane Holmes’ first pictures after re-joining Town

SUPPORTERS MUST PURCHASE A MATCH PASS FOR BRISTOL CITY (A)


Supporters have to purchase a match pass on iFollow HTAFC