- Town B were victorious against Sheffield United at Canalside
- First starts back from injury for some First Team players
- Goals from Matty Daly, Kit Elliott (2) and Sorba Thomas

Huddersfield Town’s B Team came from behind on two occasions to comfortably beat Sheffield United 4-2 at Canalside.

Angelo Cappello and Kacper Lopata scored either side of a Matty Daly penalty to give the Blades the lead at half-time.

However, Town took the game by the scruff of the neck, with Kit Elliott netting twice and Sorba Thomas drilling home to cap off a great afternoon for the Young Terriers.

It was an encouraging start for Jon Worthington’s side, who retained possession well and looked threatening on the flanks in the opening minutes.

Town had the game’s opening opportunity, with Romoney Crichlow rising highest to head over Thomas’ corner in the fourth minute.

Moments later, Pat Jones drew a smart save from the ‘keeper, cutting in from the left before striking a low drive which was held.

Despite Town’s dominant start to the contest, it was the Blades who took the lead in the 10th minute through Cappello, who stabbed home at the back post.

The Young Terriers didn’t dwell on going behind, however, as they equalised five minutes later from the penalty spot.

Daly robbed possession off United on halfway and began to counter at pace. He then slipped Jones through on goal, where the winger was thwarted by the goalkeeper, and a penalty was awarded. Daly took the resulting spot-kick, burying his effort beyond the dive of the ‘keeper.

Micah Obiero then had the ball in the back of the net on 23 minutes, however, his effort was ruled out for a soft foul in the build-up.

On the half-hour mark, an interchange of quick, one-touch passes between Scott High, Daly and Thomas presented the latter with the opportunity to pick out the run of Obiero. Thomas’ ball had too much venom on the delivery, and unfortunately the chance was wasted.

The Blades retook the lead on 38 minutes through Lopata, who towered above his marker to head home from the corner.

Town began the second period the better, scoring two goals in two minutes to lead, with Thomas playing a pivotal role in both goals.

Firstly, Thomas showed sublime skill on the right-hand side to beat his man and break into the area. The winger then cut the ball back to Elliott, who slammed his shot into the far corner.

Then, on 55 minutes, Thomas was slipped down the right, where he carried the ball forward before drilling an attempt across goal and in off the far post.

Town were awarded another penalty on the hour when Crichlow’s heels were clipped as he looked to convert Daly’s set-piece. Daly stepped up once again, however, this time he saw his effort cannon off the post and wide.

The hosts began to pull away after their third, bossing the possession stats before counting at pace through Jaden Brown and Thomas.

Elliott netted his second of the game on 72 minutes, as he benefited from Sam Peplow’s post-struck effort, which fell to the forward’s feet, allowing him to tap home Town’s fourth of the afternoon.

Brown, who had been threatening all game, almost got in on the scoring, playing a give-and-go with Jaheim Headley, but the ‘keeper managed to get to the ball ahead of the full-back.

Town saw out the remaining minutes professionally to end a fantastic display. 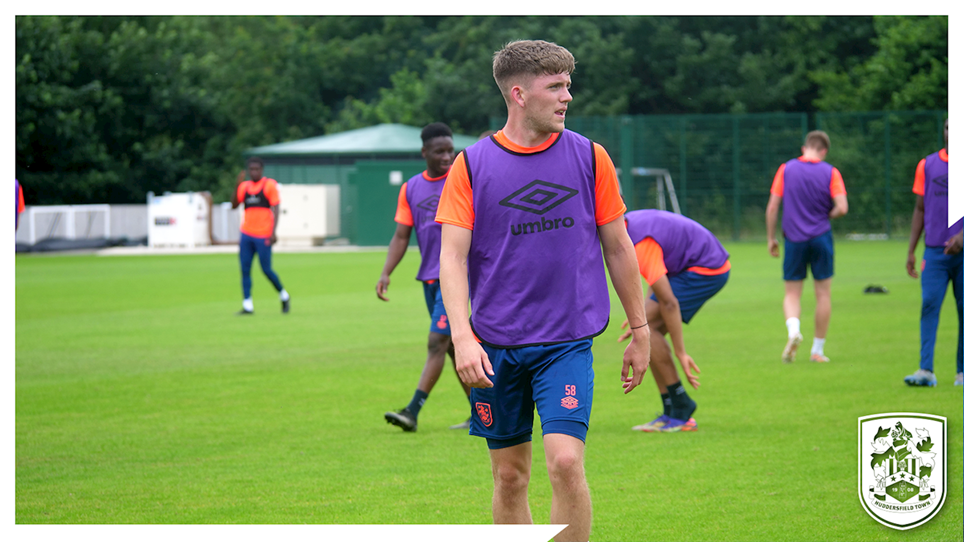 
B Team through to group stages of Premier League Cup