Huddersfield Town’s B team secured their passage to the Semi-Finals of the Central League Cup with an excellent 2-0 victory over a very strong Salford City side on Wednesday.

After weathering an early storm from the home side, which included a superb one-on-one save from Jacob Chapman, Town broke the deadlock inside 20 minutes thanks to a clinical counter-attack.

Some neat interplay at the edge of the Salford area saw Kieran Phillips locate the run of Sorba Thomas down the right in space. He then, unselfishly, fired the ball across the area for Jones, who showed great composure to cut inside and steer home at the near post.

Chapman was called into action once again just after the half-hour mark following a dangerous set-piece. Tom Clarke met an Ash Hunter corner with plenty of power but the Australian ‘keeper was on hand to parry the header away at full-stretch.

Despite all Salford’s possession, the Young Terriers still posed the greater threat of the two sides in open play, particularly on the counter-attack with the pace of Jones and Thomas on either flank. And it was Jones who was involved again as Jon Worthington‘s side doubled their lead shortly before the break.

The Welshmen picked out a lovely ball for Scott High on the edge of the area, who looked as if he was set to shoot but instead supplied Pritchard with a delightful back-heal. Town’s number 10 then found the corner via the post with an exquisite curling finish.

The second half began in a very similar pattern to the first as the hosts controlled the majority of possession but struggled to create anything clear-cut. In fact, it was Town who had the first opening on the hour mark as Phillips worked some space on his right foot and forced William Evans into a good low save.

Salford eventually created their first sight of goal midway through the second period. Di’Shon Bernard’s long-ball found Hunter’s run behind Town‘s defence, but his instinctive effort was superbly saved by Chapman to preserve his clean-sheet.

Following his excellent goal on the stroke of half-time, Pritchard was playing with an abundance of confidence and created two good opportunities in quick succession in the final ten minutes. First, he freed Jones down the left who forced a good stop out of Evans, before then doing the same for Thomas, whose curling effort was also parried away.

Town defended resolutely in the final stages, including a perfect tackle from 16-year-old Brodie Spencer to prevent Bruno Andrade, to secure the three points and now await the draw for the semi-finals of the competition.


Young Terriers back at home on Wednesday 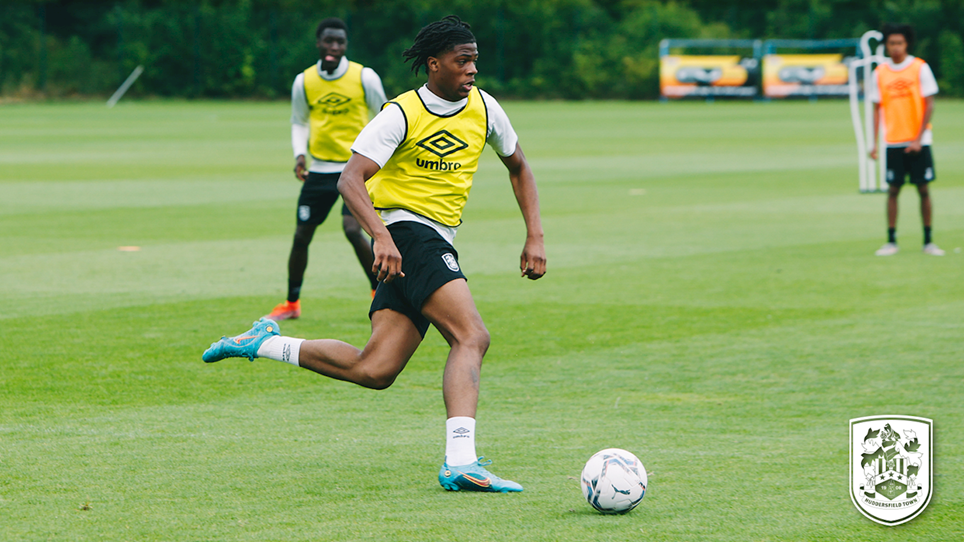