Huddersfield Town Women make the trip down to Dronfield to take on Sheffield FC in the Second Round of the Vitality Women’s FA Cup.

Bad weather meant that the tie against Sheffield FC was lost to a frozen pitch last week, but the game has been rescheduled for Sunday 5 December at 2pm.

Town will be looking to make it into the Third Round and will be confident ahead of Sunday’s tie, having already beaten Sheffield FC at The Home of Football Stadium already this season 0-6 last month.

Sheffield FC have not been in the best of form, coming through the last round courtesy of a penalty shootout against Sutton Coldfield Town. Their last win within 90 minutes came at the beginning of October, when they dispatched Hull City 4-0.

The winner on Sunday has a home tie against Loughborough Lightning to look forward to, a team Town have already beaten 5-1 this season.

Playing well in the cup, Town came through the last round in convincing fashion, beating Sir Tom Finney FC Ladies 20-0, with nine different scorers getting involved for the Terriers.

Ria Montgomery has been on goal-scoring form for the Terriers, bagging another long-range strike against Fylde in her last game. She was voted the Players’ Player of the Month for November and also secured her third Goal of the Month award for the season.

Huddersfield supporters will be able to travel to the Home of Football Stadium (Sheffield Road, Dronfield, Derbyshire S18 2GD) to watch HTAFC Women in action. Tickets are £5 for adults and £2 for concessions.

If you’re not able to come along, fans can keep up to date with live match updates via Twitter at @HTAFCWomen. Picture courtesy of Jess Hornby. 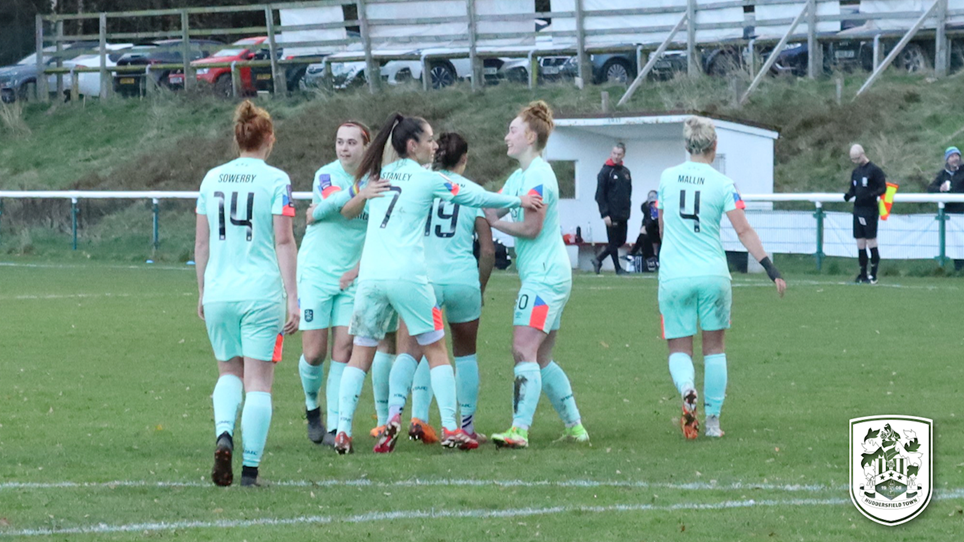