We’re delighted to confirm that Kian Harratt and Shane Maroodza have both signed new long-term contract extensions with the Club!

Having found the net on 16 occasions for the Town B Team already this season, 2021/22 has been a welcome return to goalscoring form for 19-year-old Harratt.

Having initially joined Town in 2017, the young Yorkshireman has worked his way through the Town Academy to B Team level, where his eye for goal and tireless work rate have seen him become a fixture of Jon Worthington’s side up front.

Signing a deal that will keep him at Town until at least 2025 with a Club option for another year on top, it’s a contract that underlines the belief held in Harratt to further improve and become a consideration for our First Team as he continues to develop. 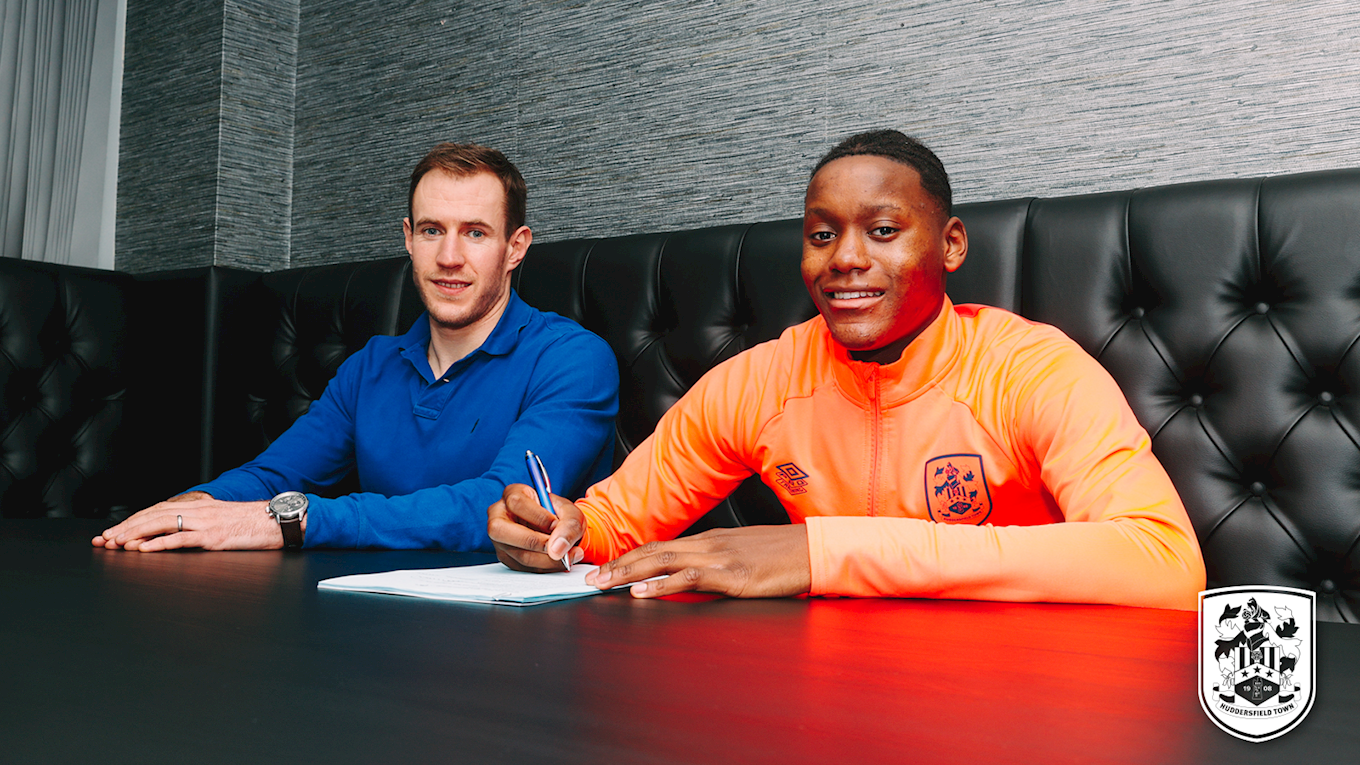 Likewise, current Under-19s defender Shane Maroodza has also put pen-to-paper on his own extension, keeping the 17-year-old at the Club until at least June 2024.

Signed in 2020 as a free agent having left the Leicester City academy, as well as progressing on the field, Maroodza has also shone off it, working toward two A Levels as part of his education programme with the Club, which is unique amongst young players of his level across the country.

“It’s a great position for us to be in to have two such promising talents committing their immediate futures to the Club.

“Kian had a tough time last season, but having regained his hunger in training and confidence in front of goal, he’s having one of his most impressive runs for our B Team.

“Should he continue working hard, applying himself and learning from our coaches, we have no doubt that he has the potential to be under consideration for our First Team in time.

“Shane has been an impressive addition to our Club both on and off the field since signing, with an attitude and passion for the game and to better himself that he should be proud of.

“Having made the jump to Under-19s level this season, he is a player that we see being able to transition to B Team level and further progress at the Club, with such a huge potential to improve and excel at left-back.”

Want to support the next generation of our First Team by assisting the Town Academy? CLICK HERE to join the Blue & White Members Club.