Huddersfield Town is proud to announce a new partnership with the #HerGameToo campaign, which aims to highlight and combat sexist abuse in football.

After pledging our support for the new campaign, which was created by female football fans, in May 2021, the Club has remained in dialogue with the organisation and is proud to enter into partnership with the team.

The #HerGameToo team will be involved at Town’s annual ‘Women At The Game’ fixture later this season, where we have worked with the Huddersfield Town Supporters Association (HTSA) over several seasons to highlight the important roles that women play at the Club, both behind-the-scenes and in the stands.

"Her Game Too is a movement set up by 12 female football fans with the aim to raise awareness of the sexist abuse in football. Our aim to tackle the misogynistic culture surrounding football so we can create a better and more inclusive atmosphere for female fans for now and the next generation.

“We feel it is important to have the support and backing of professional clubs throughout the country, so we are delighted to be partnering with Huddersfield Town.

“The work Huddersfield Town has already done to support equality in the game has been fantastic to see and we hope they will inspire other football clubs further down the line."

“We’re delighted to be working in partnership with the team at #HerGameToo.

“We are constantly working to make Huddersfield Town as inclusive and welcoming as possible for all supporters, and the goals of the #HerGameToo campaign match our own. Their ideas and commitment to this shared goal will add a lot to our work in this area, such as the ‘Women At The Game’ fixture that we run in tandem with HTSA every year."

If you have any comments or suggestions on how Huddersfield Town can continue to be an inclusive club, please email supporterservices@htafc.com.

For more information on our work under the ‘Terriers Together’ banner, click HERE. 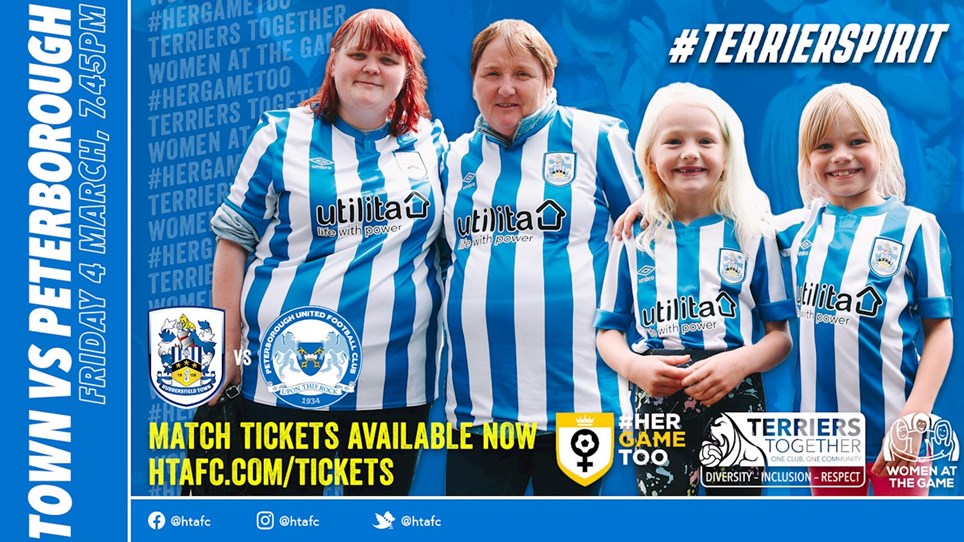 CLUB PROMOTE ‘TERRIERS TOGETHER’ vs PETERBOROUGH


Match will shine spotlight on Club’s ongoing work within Equality, Diversity and Inclusion 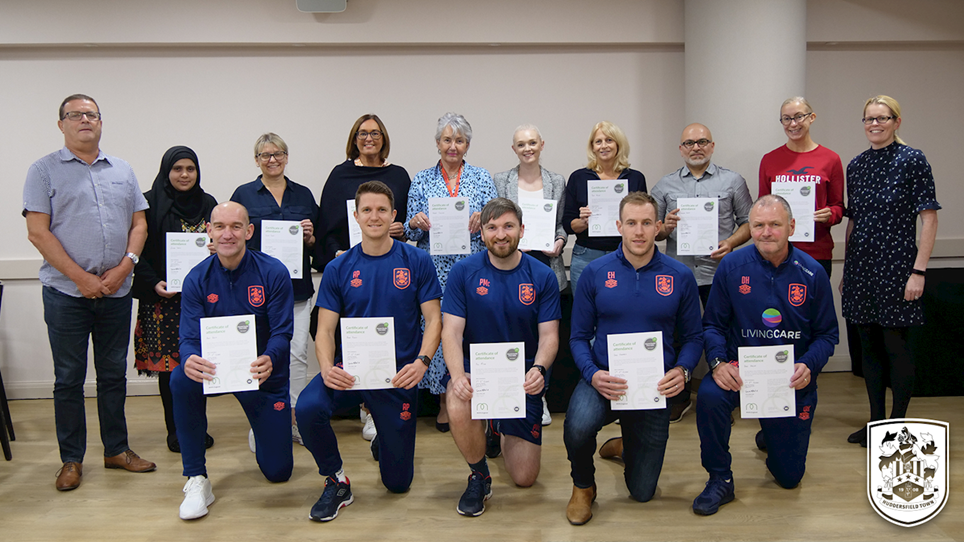