Sepp van den Berg’s second half own goal was the only goal of the game, and allowed the Terriers to leave the John Smith’s Stadium with all three points.

The game got off to a relatively slow start, with neither side being able to control their possession well.

The first chance of the game fell to the visitors, when Levi Colwill gifted possession to Daniel Johnson, but Colwill was able to get back to deflect the resulting shot inches wide of the post.

Preston took possession for a period, with Ched Evans and Josh Earl both providing half chances for the visitors. Evans volleyed over the post, whilst Earl fired high and wide from range.

Sorba Thomas put in an excellent shift, winning Town a corner after driving forward down the left. His deep delivery found Colwill, but the centre back’s header drifted wide.

Town began to grow into the game, working the ball out of Preston’s press before advancing down the left. Unfortunately, the move ended with Scott High driving the ball into the Cowshed Loyal from 25 yards out.

Naby Sarr showcased some superb defending in the 32nd minute. Danny Ward lost possession and Preston were able to break down the right, but Sarr was on hand to hack Evans' low shot clear.

The Terriers were on the defensive as the clock ticked down to the half time whistle. First, Sarr blocked Brad Potts’ shot on the edge of the area, before Nicholls claimed the follow-up shot from Ben Whiteman.

Town made one change at the break, with Fraizer Campbell coming on for Ward. The striker was shown a yellow card in the 56th minute for debating the merits of a free kick with the referee for too long.

The Terriers showcased some good play in the 62nd minute, with O’Brien and Thomas combining to set Koroma away down the left edge of the penalty area. Sadly, no one was on hand to convert his excellent low cross.

A second Town yellow card was shown to Sarr for bringing down Evans after the striker beat him to a loose ball.

The deadlock was finally broken in the 74th minute. Koroma set up second half substitute Duane Holmes through on goal, and in his attempt to keep the ball out, Sepp van den Berg slipped it into his own net!

Nicholls was next up to receive a yellow card from the referee, for taking too long over a free kick.

Thomas came SO close to doubling Town’s lead in the 81st minute. He was set off down the left by a superb pass from Vallejo, but saw his shot cannon off the woodwork!

The next chance for the Terriers fell to Koroma, who drove at the last defender before sending a shot wide from 20 yards out.

The game closed with both sides looking for an opportunity to score, but it was Town who ran out of the John Smith’s Stadium with all three points.


All you need to know ahead of Tuesday evening’s game 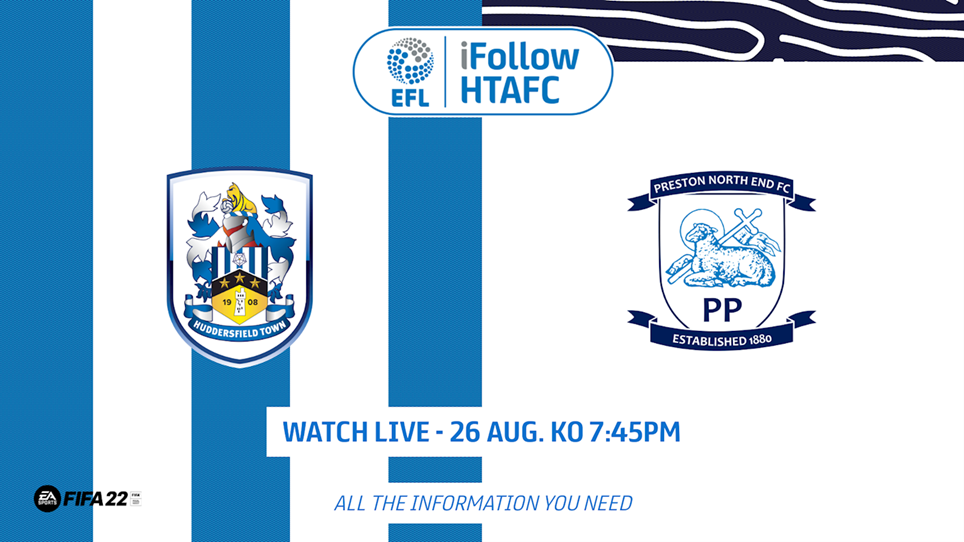 
Match is a co-exclusive broadcast on iFollow & Sky Sports