What to expect upon your return to Town on Saturday!

- What to expect from our kiosks on Saturday
- Payments will now be cashless to speed service times
- Find out about our new products on offer!

A new range of products will be on offer at the catering kiosks inside the John Smith’s Stadium when you return for Saturday’s game against Fulham!

As you may already know, the Club and the Stadium have brought the catering operation in-house for the new campaign, giving us more say over what’s being served and how – and also ensuring the money you spend goes back to your Club!

That is also the case if you are one of our guests in our hospitality areas this weekend.

Another major change is that we’re going CASHLESS, meaning only card payments will be accepted at the kiosks around the Stadium. We’ve made this change to try and speed up the service times at each kiosk, ensuring we can serve every one of you as quickly as possible.

To aid this process, we’ve installed new contactless payment points at the kiosks.

We’ve expanded our menu from when you were last here. Check out some of our new products below!

- The ‘Terrier Kidz Bag’, previously available in the Fantastic Media Family Stand, is now available throughout the Stadium! Priced at just £3.50, it includes a Sausage Roll, piece of fruit, cookie and a bottle of water!

- A new range of meal and drink deals, including a two-pinter of Amstel for £8 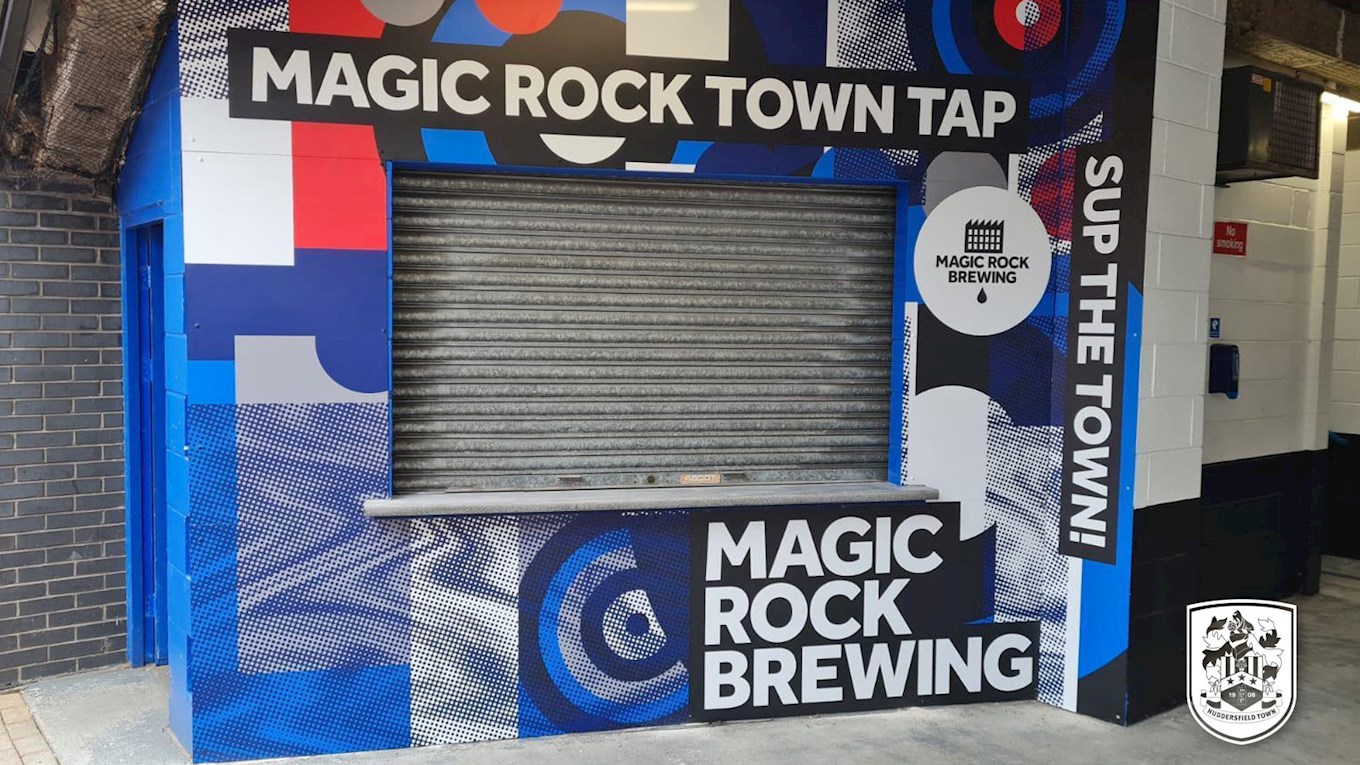 We’ve also got more vegan, vegetarian and halal options. They include:

Please note that one of the kiosks at the north end of the Chadwick Lawrence Stand will be closed this weekend, due to the ongoing use of the John Smith’s Stadium as a vaccination centre for Huddersfield and storage of their equipment. In lieu of this, we’ve brought in a smaller temporary stand to help with demand!

This is all on top of the new Street Food Zone in association with Deliveree, that will be positioned outside the ground at the north end of the Stadium!

Don’t forget that Legends Bar is also available to supporters on match day, opening at 12.30pm and closing at 6pm.

Both the Street Food Zone and Legends Bar have capacities, so arrive early to avoid disappointment!