The pair has been training with the Academy over the last few weeks and have now signed professional contracts running until 30 June 2022, with the Club having an option on a further season. 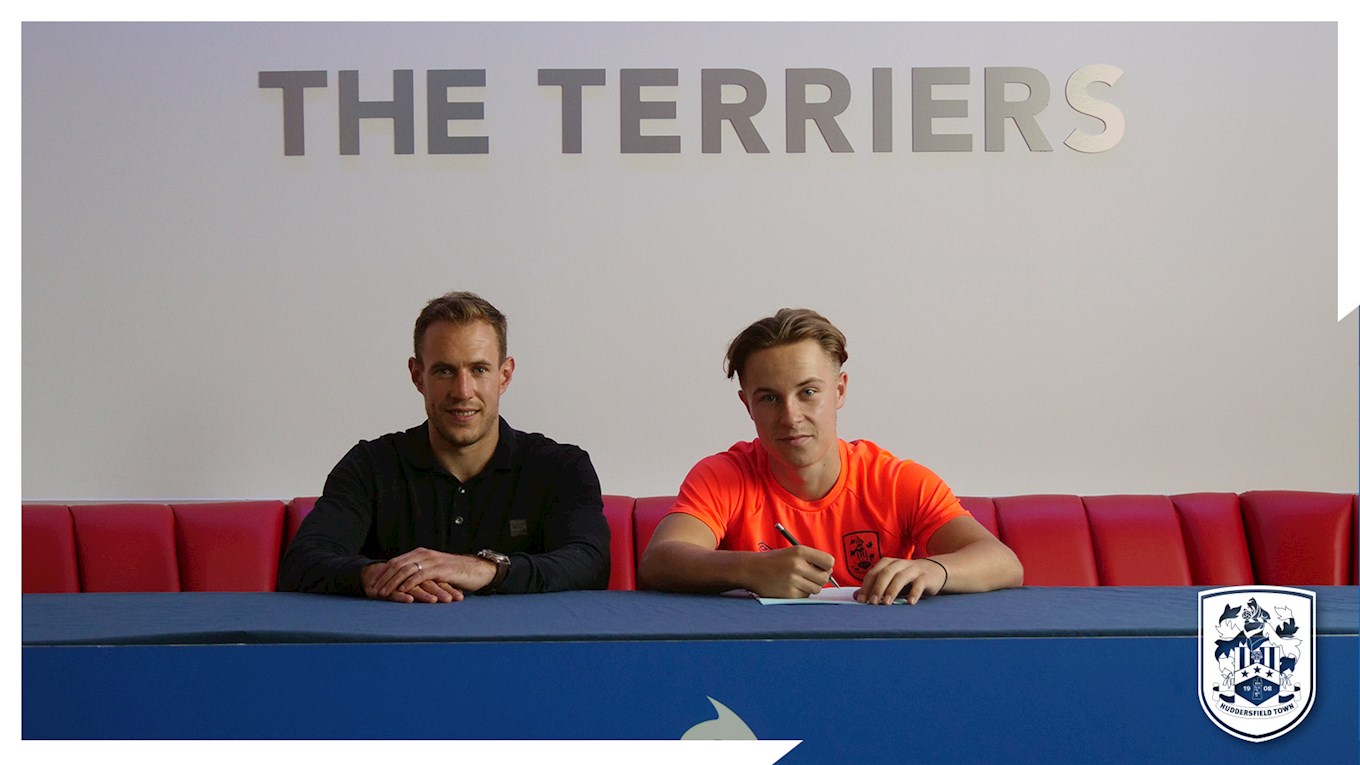 19-year-old Shanks (above, right, with Academy Manager Emyr Humphreys) is no stranger to the Club, having been a player in the Club’s Academy before departing in 2017. An attack-minded central midfielder, Connor has been at Bradford City for the past four years and made three appearances in the Papa John’s Trophy before departing this summer.

Dearnley, 23 (below), is a goalkeeper who has played for several clubs in local non-league. Based in Meltham, he played at FC Halifax Town, Scarborough Athletic and Penistone Church before playing for Ossett United last season.

Max will train with Town’s Academy squads whilst returning on loan to Ossett for the new season, ensuring he gets game time.