Huddersfield Town’s Under-17s showcased a confident performance against Preston North End as they ran out 2-0 winners to progress to the 2020/21 Clarets Cup Semi-Finals.

The Young Terriers started the game brightly, with their first chance coming within the opening seven minutes. Brodie Spencer collected the ball from Etienne Camara, but saw his shot go wide of the net.

Town continued to pile on the pressure in the opening stages of the game, with their second chance coming just three minutes later. This time it was Conor Falls chance, but he also saw the ball go wide.

Preston had a chance to take the lead in the 23rd minute, when one of their midfielders called Nicholas Bilokapic into action.

Town’s determination paid off in the 27th minute, with Donay O’Brien-Brady giving the visitors the lead. Camara provided him with the ball, which he sent flying into the top left corner.

O’Brien-Brady almost bagged a brace just before half time; however, his shot went wide.

Town started the second half unchanged and with the same energy, finding their first chance just 30 seconds after the restart. David Adewoju reached highest to meet Falls’ header but was unable to send it into the back of the net.

Sonny Whittingham got involved in the hunt for a second goal just seconds later, but his shot tipped over the crossbar.

O’Brien-Brady was still determined to find his brace, with two chances in quick succession. His first shot smacked off the crossbar and out of play, whilst he second bounced off the post.

Town’s pressure paid off again in the 78th minute. O’Brien-Brady tried his luck again, but saw his shot saved. However, Eccleston was able to pounce on the rebound and send the ball past Preston’s ‘keeper.

The Young Terriers saw out the final moments of the game with three more chances to add another goal to their tally. Whittingham, O’Brien-Brady and Spencer all had a go, but each were unable to find the back of the net.

The win sees Town’s U17s progress to the 2020/21 Clarets Cup Semi-Finals. Their opponents will be announced in due course. 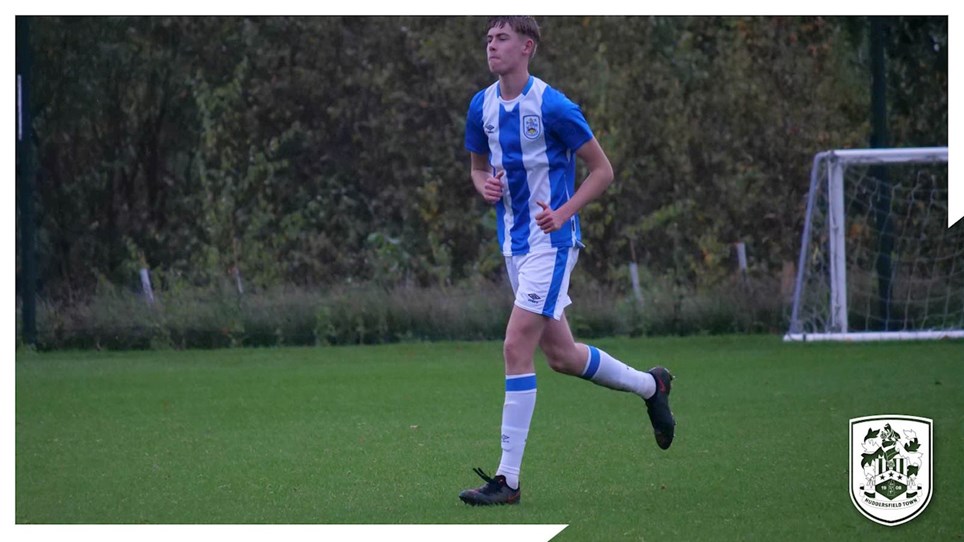