Despite Jonathan Hogg’s late goal, two first-half strikes from the visitors were enough to take all three points from the Sky Bet Championship encounter at the John Smith’s Stadium.

Speaking to BBC Radio Leeds after the game, Carlos gave his thoughts on the Terriers’ performance.

“It was a pity when we began to create chances in the first half, in a pressing situation we lost the ball and after they created space (and scored the first goal).

“After these minutes, maybe we started to have some doubts because the situation was more complicated but still, the team had control of the ball which was one of the keys to take of control the game.

“In the last minutes of the first half, we lost the ball in a playing situation, we didn’t make the right decision and it made the game more difficult to change (because of the second goal).”

Despite a disappointing first 45 minutes, Carlos was pleased with Town’s reaction after the break to get back into the game but ultimately disappointed that it didn’t lead to anything at the final whistle.

“For me, the most important thing today was the reaction of the team in the second half. When you are losing 2-0, you may think the result is more difficult but the team didn’t give up today.

“They gave the reaction they had to do. We played more aggressively in the second half, trying to create more chances with two specific wingers.

“We didn’t get everything we wanted to get but I watched the reaction we have to have, I saw the personality in the team that we wanted to watch," he added.

“It’s true that we conceded goals that we wanted to avoid and at this time of year, you can give up, but the team showed that they wanted to go for a result and that even with fatigue we are going to fight a lot.

“We are going to make it very difficult for the opponents to take the game because we are going to leave everything on the pitch.” 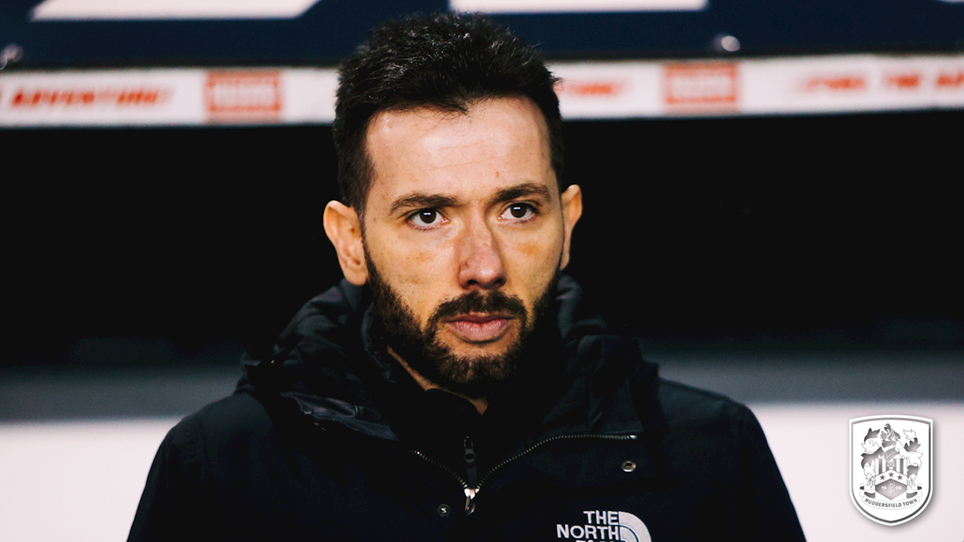