All the info you need ahead of Friday night’s game

The Terriers go into Friday night’s clash in search of their first victory of the campaign at the third attempt, following prior defeats to Brentford and Norwich City in the opening two games.

A victory on Friday evening would also be the first for Town under Head Coach Carlos Corberán, as the Terriers look to bring September to a close with three points.

Friday night’s encounter will be the third game of a campaign that will be Head Coach Sabri Lamouchi’s second season at the City Ground, having been appointed back in June 2019.

In his first season, the Frenchman helped to deliver the Club’s highest finish in almost a decade but it was bittersweet, as a seventh place finish that saw them miss out on a play-off position in the final few minutes of the season.

With a view to going one step further this time around, the Club have notably recruited a wealth of Sky Bet Championship experience and talent amongst other signings over the summer months.

Tyler Blackett, Jack Colback and Lyle Taylor who all have knowledge of the division joined on free transfers whilst Luke Freeman and Cyrus Christie were brought in on loan from Sheffield United and Fulham respectively.

The latter is the latest of those domestic recruits and could make his debut when the Reds make the trip up to West Yorkshire on Friday evening.

Both sides go into the encounter at the John Smith’s Stadium looking for their first points and goals of the 2020/21 Sky Bet Championship season.

The Terriers return to West Yorkshire off the back of a 3-0 loss in the capital on Saturday at the hands of Brentford, a week on from a narrow 1-0 defeat to Norwich City on the opening weekend.

As for Forest, they too will be looking to kickstart their season on Friday evening in both the win and goal columns. The Tricky Trees have suffered two-goal defeats to Queens Park Rangers and Cardiff City from their opening fixtures to date.

The 22-year-old spent over a decade at the Club’s youth ranks before loan spells at Barrow, Shrewsbury Town, Notts County, and Scunthorpe United preceded a breakout season at Forest in 2018/19.

The midfielder who is known for his battling performances in the middle of the pitch, followed up his breakout campaign with a personal high 28 appearances for Forest last season, as well as signing a new long-term contract with the Club in December 2019.

In the opening two league games of this campaign, Yates has been one of five Forest players to play every minute, being deployed as part of a holding midfield two alongside the experienced Jack Colback. 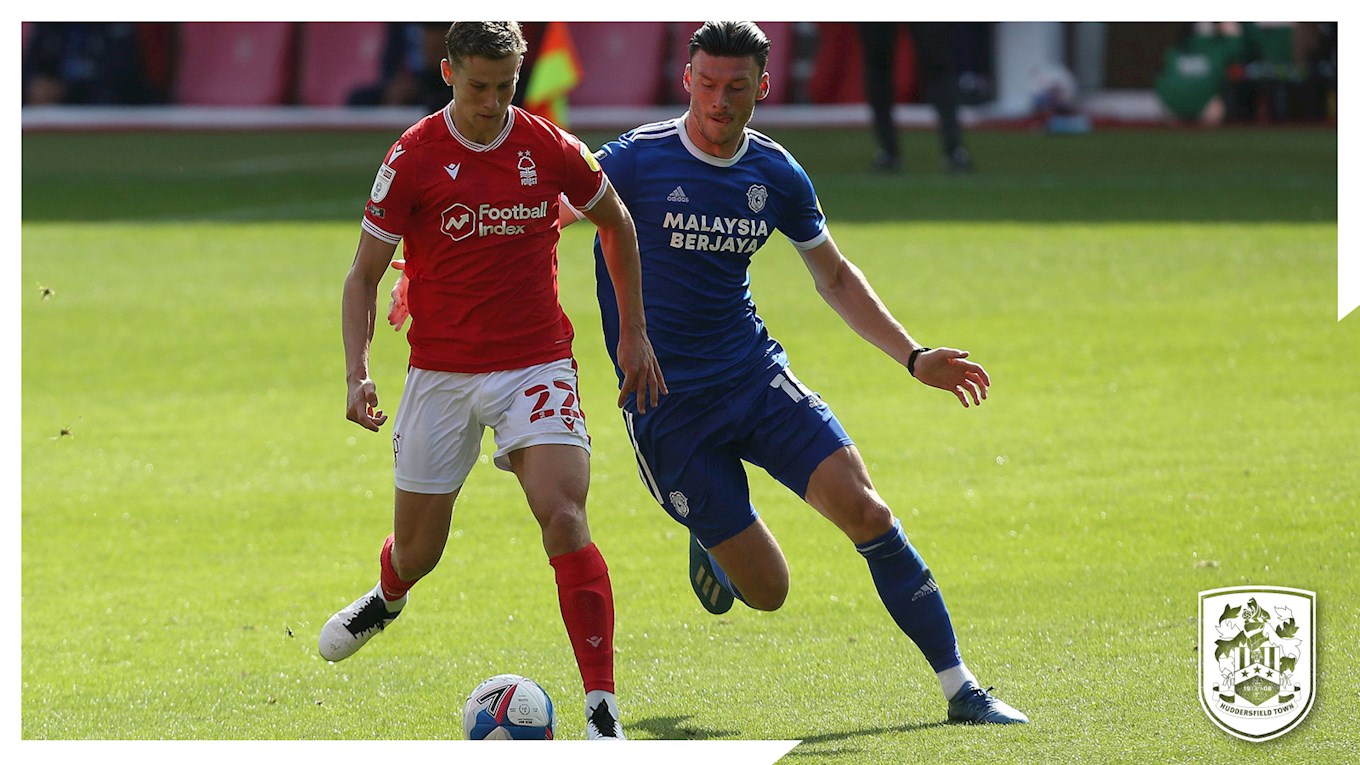 After two spells on loan at the Club in recent years, the midfielder made his move to the City Ground for 2020/21 a permanent one after signing on a free transfer following his release from Newcastle United.

Colback made over 200 appearances in the North East for both the Magpies and Sunderland including in the Premier League before making the permanent move to Nottingham this summer.

The midfielder has played every minute of Forest’s Sky Bet Championship campaign so far, his first senior minutes on the pitch since the conclusion of his second loan spell at the Club back in May 2019. 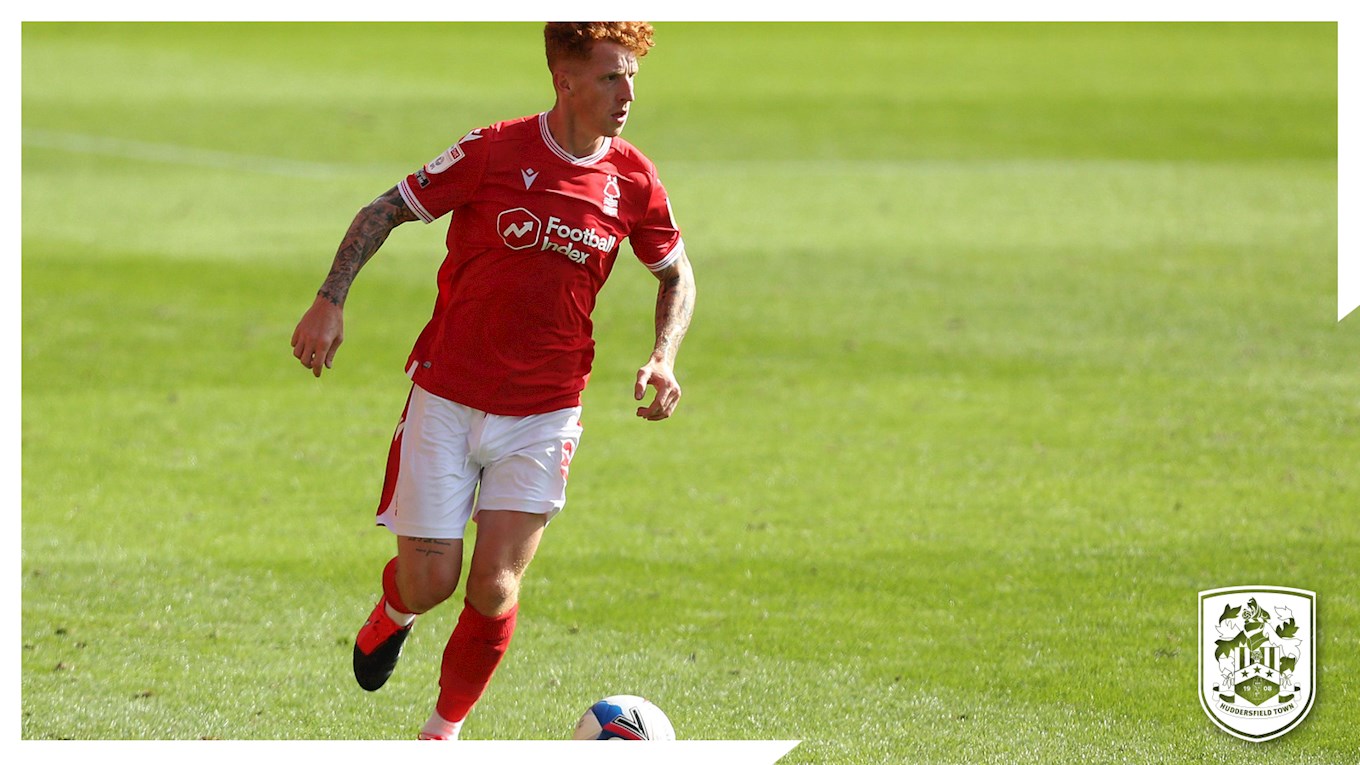 Forest are yet to find their net in their opening Sky Bet Championship matches, but one player that will be looking to change that is forward Lewis Grabban.

The 32-year-old has been the Club’s top scorer in both seasons that he’s been at the City Ground since his move from Bournemouth in 2018 but is yet to get on the board so far in 2020/21.

The forward was at the double when Town last met Forest in a game played following the restart, as the Tricky Trees ran out 3-1 winners on home soil. 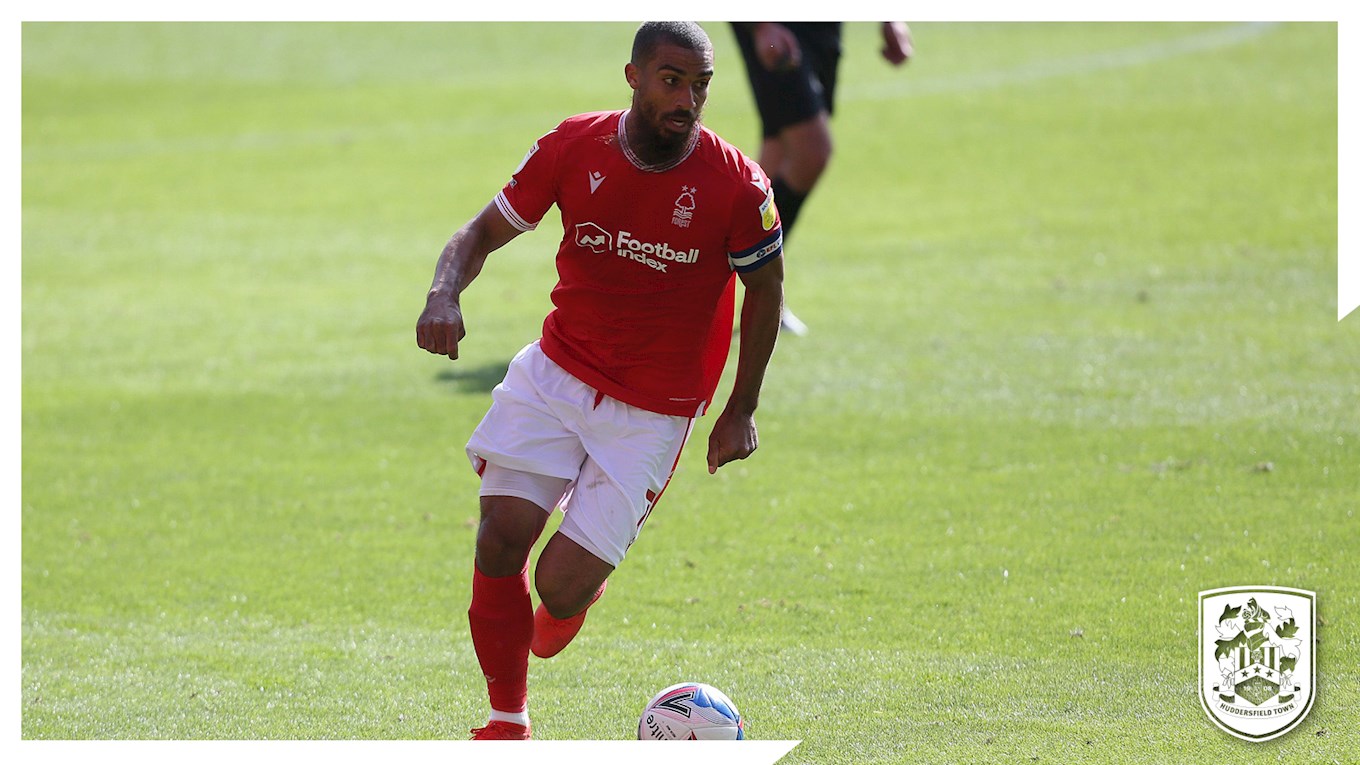 The Terriers just about have the edge in the fixture’s record books, winning 22 of the 57 meetings, compared to Forest’s 18 wins, with the other 17 played out between the sides drawn.

That gap in the win column may have been built up in recent years in particular, with Town winning in five of the last eight encounters played out between the teams.

Most recently, it was Friday’s opponents who were victors however, winning 3-1 win a post-restart meeting at the City Ground back in June 2019.

Our meeting with Forest is the first of 12 games to be played across the Sky Bet Championship this weekend.

On Saturday, Luton Town visit Watford, and Wycombe Wanderers face Swansea City in the day’s early kick-offs before a London derby between Millwall and Brentford at The Den precedes a double header on Sunday to complete the third round of fixtures. Here’s all of this weekend’s games (all kick-offs are 3pm unless stated)…

Town Head Coach Carlos Corberán will provide an update on his side ahead of Friday’s game during his virtual press conference on Thursday 24 September 2020.

Town will be back in the blue-and-white striped home kit for the visit of Forest – CLICK HERE to get yours ahead of the game!

Season Card holders will also be able to watch the Terriers on iFollow HTAFC. To do this you must ensure that you watch the game via an iFollow account that uses the email address stored for them by the Ticket Office.

You MUST do this before noon on Wednesday 23 September 2020 to have access to watch Friday evening’s game! CLICK HERE for further information on it!

CLICK HERE to purchase 'The Terrier' for the Nottingham Forest game!