- Huddersfield Town new boy Pipa gives his first interview
- Spain U21 international relishes ‘a great opportunity’
- Pipa: “I will need to be strong”

The 22-year-old completed a permanent transfer from RCD Espanyol on Monday evening and gave his first interview, in English, to htafc.com after a long day.

“I’m so very happy to be here. This is a great opportunity for me, because the Championship is a very nice league,” Pipa told the Club’s official website.

He arrives in West Yorkshire having played 13 games across top-tier competitions in La Liga and the Europa League during 2019/20.

He continued: “I’ve got better over the last two years and I’m arriving here as good as I’ve ever been.

“My best attributes are speed and skills. I’m also a little crazy at times! I’ve started playing (for Spain Under-21s and Espanyol) and I feel strong and confident.” 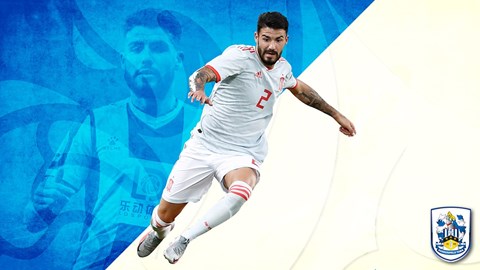 Pipa visited Canalside and the John Smith’s Stadium on his first day at Huddersfield Town, which whetted his appetite for the impending Sky Bet Championship season.

“The Stadium is very beautiful; it is different. I want to see the Stadium full of people!” he smiled.

“I’m so excited to play, if the coach considers that I can play. I understand his style and it is a little different to the football in Spain, but I think these tactics and games are better for me. I can play like this.

“I know it can be a difficult league for Spanish players and that I will need to be strong. I spoke to players and they told me I will have to work to be able to play here. 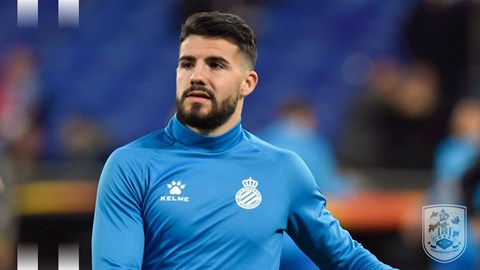 PIPA: HIS CAREER SO FAR

“That Carlos is also Spanish is special, as it will allow me to talk to him in my language. That will make it easier for me at the start. It’s also a great opportunity for me to be here and to play for Huddersfield.

“I’m going to work to do my best for the team.”

Get a new replica shirt with PIPA 2 on the back online now - click HERE!